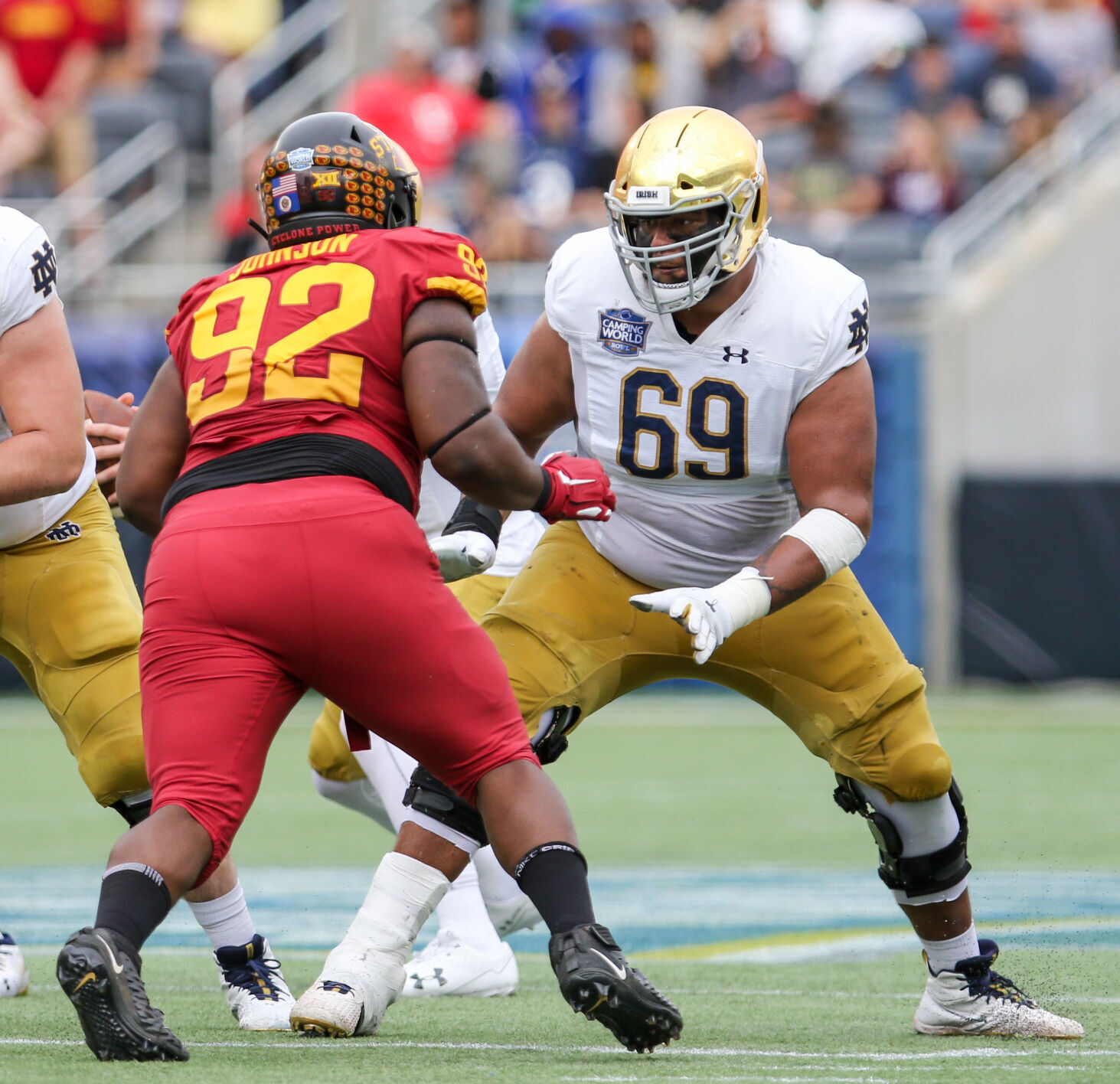 Aaron Banks is built like an old school 90's guard, big, wide, and low to the ground, and he would have to wait a long time to find a spot on an NFL roster. He's a massive guard at 6'5'' and 340 with a very powerful base. As you would expect from a man his size, he's a difficult lineman to move off the ball and once he digs his feet in, he turns into a rock. For a 6'5" guard, Banks does a great job of keeping his pad level low and his feet choppy in pass protection which makes him an exhausting lineman to play against. He has a powerful punch with great upper body strength that can upend defensive lineman in front of him. He's accurate with his hands in pass protection, rarely hitting outside the numbers and doesn't find himself getting holding calls often. He's a physical guard in the run game and is highly aggressive when driving his man back. He looks to plant his opponent often and it can be a painful experience when he falls on his man. He does a great job of turning his opponent out of the play leaving lanes open for running backs. He's a good hand fighter and does a good job of keeping defenders from getting into his chest. He's a smart offensive lineman who knows how to react to blitzes and does a good job subdue stunts and twists in his gap. He's an incredibly tough offensive lineman who takes licks just as well as he can dish them out.

He's not going to impress anyone with his athleticism because he's slow, even for a guard. He has trouble pulling around and reaching the second level of a defense. He's not much of a second blocker with his lack of agility and straight line speed and mostly survives on his ability to create initial holes in the line. He struggled against speed pass rushing interior lineman, Christian Barmore had a field day with him in the college football playoffs, and showed himself with similar struggles in the pros. He struggles with pancaking defenders in the open field as he doesn't bring the momentum that you think a man his size would bring when leading a convoy. He's not a lateral mover by any means and if he misses a blitzer or rusher coming at him, it's usually an ugly loss that sees him lunging. He struggles to make blocks when a play breaks down and it can lead to his quarterback getting sacked.