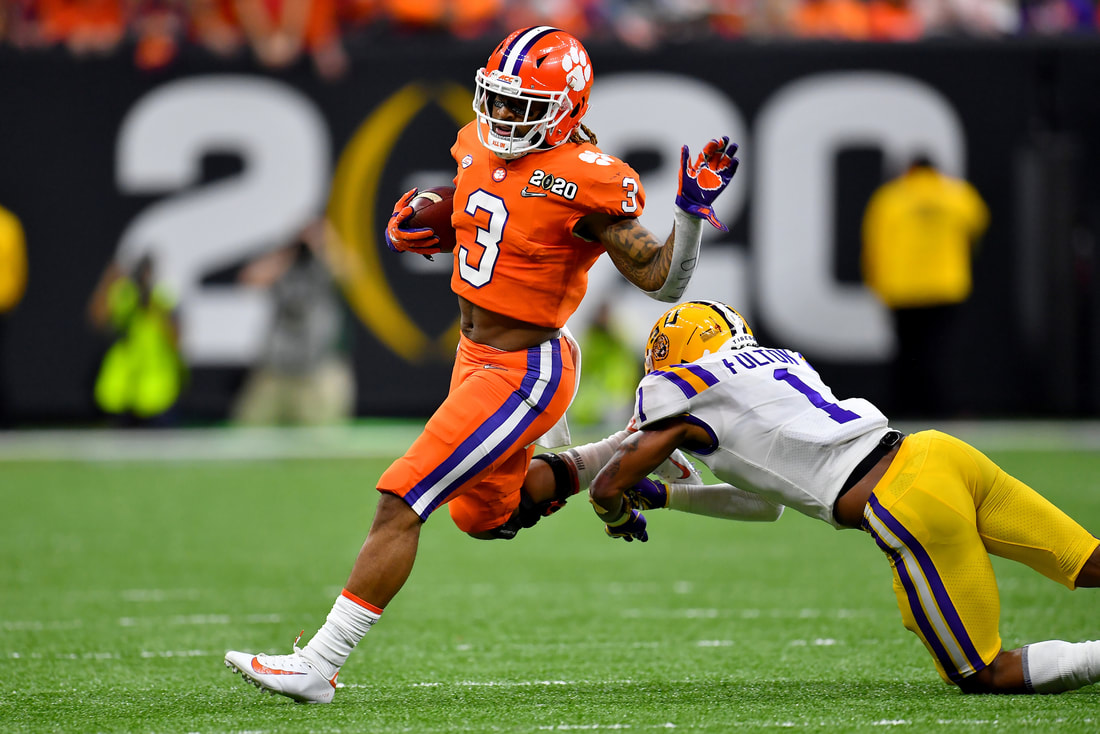 Amari Rodgers quickly became Trevor Lawrence's favorite target in 2020 with the absence of Justyn Ross and showed that he can play in the pros . He possesses a unique size at 5'10" and 210 lbs. with exceptional muscle mass and toughness. He's a tough runner with the football in his hands and can be a load to bring down because of his size. He has very good hands and does a good job of plucking the football out of the air. He's a very good route runner with great subtlety in his breaks at the top of his routes and does a great job of creating separation. He possesses decent agility for his size and has shown an ability to make people miss. He's not afraid to go over the middle and make a catch, fully knowing he's going to take a hit. He has good speed for his size and can get up field if he has daylight. He has a very effective stiff arm that can plant defenders if they tackle him high. He has ability as a potential return man in the NFL and should be given reps early in training camp.

He has short arms, even for his size, and brings a smaller catch radius than most teams would prefer. He doesn't have a very big route-tree with most of his production coming from underneath routes, shallow crosses, posts, and only this year has he made an impression as a potential deep threat. He played with Trevor Lawrence at quarterback who's going to be the #1 overall player in this draft and any ball Rodgers caught was almost perfect. Not going to come down with a lot of contested catches and will likely be restricted to the slot receiver role in the NFL. Suffered a torn ACL in 2019 and while he did come back strong, the injury concerns are going to be there.

Amari Rodgers made the most out of his opportunities playing with Lawrence and likely earned himself a phone call in April. If he continues to expand his route tree and add more nuance to his route running, he will be a productive receiver in the NFL. The big slot receiver is becoming a more popular tool for teams currently with the success of other players like him and it could earn him an early spot on an offense.