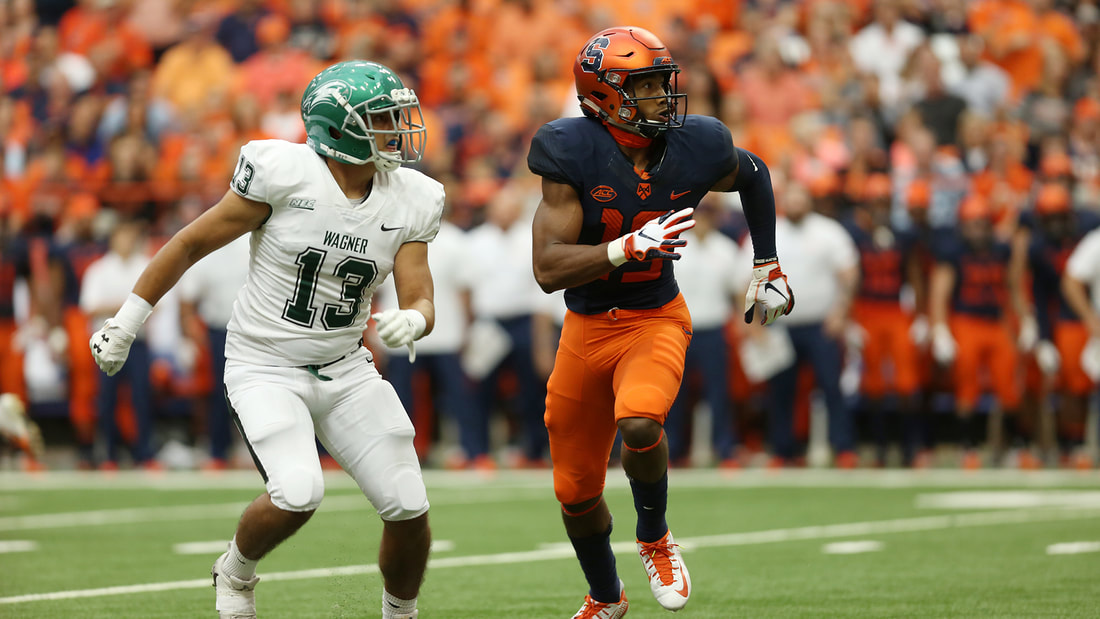 Andre Cisco has been a monster in the Syracuse Orange secondary for two seasons now and if he has another one with similar results, he could shoot up draft boards. He's got great size at 6'1 and 205 lbs. with great length in his arms and elite athletic ability  He's got elite level ball skills and excellent hands to bring down interceptions which he's the best at in college football. His range from the safety position is elite and he can go from sideline to sideline faster than any safety in college football. He's got excellent athleticism with plenty of speed and agility to burn. He's very good at reading the eyes of a quarterback and running to his target. He's good at covering tight ends from the slot and he's very aware of the football when it's in the air. He's got impressive closing speed when attacking the football and usually is coming down with the pass. He times his route jumping very well and few quarterbacks have been able throw a ball fast enough to avoid him picking it off. He's got some toughness to his game when he's making a tackle. He's very good at dislodging the football from the receivers hands either in the air or in the process of the catch. He's dangerous when returning the football to the house clearly has had experience with running the football. He's a great zone coverage safety with excellent burst and closing speed on the pass. Very rangy with enough agility to change direction on a dime and make a play. Never far from where the play is happening and has quite the nose for the football. He can cover in the slot as well on the outside in man coverage and is a great player to have cover tight ends.

I don't see him blitzing the line of scrimmage enough and he could improve his ability to properly tackle ball carriers because he looks to hit a ball carrier rather than wrap up and bring down. He also plays at Syracuse which doesn't exactly play top competition from year to year. He suffered a season ending early in 2020 which caused his stock to tumble and how he heals from his injury will be crucial to his development.

He's got immense potential as a rangy free safety that can be left alone in the backfield and simply run around and make plays. If it wasn’t for his injury he could have potentially been a Top 15 pick and if he heals well from it and is in a defensive scheme that allows him roam and make plays, he’ll be a steal in the draft.