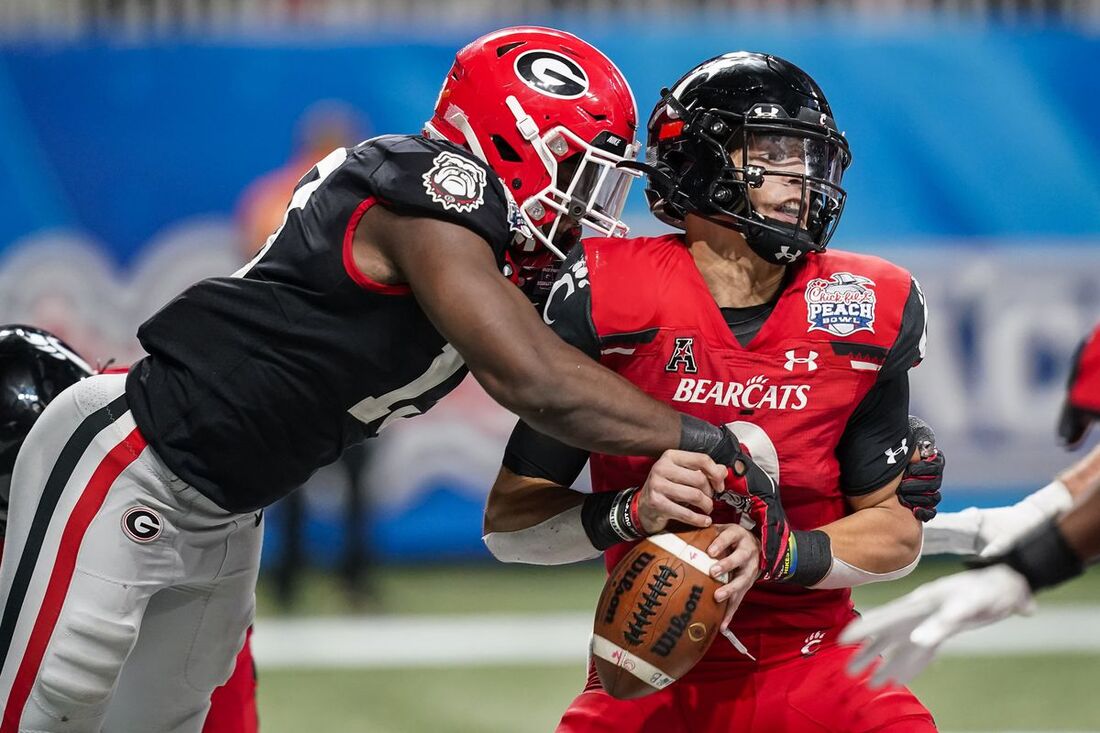 Azeez Ojulari went from a no name player on the Bulldog defense to easily their best player in 2020 and should find a home relatively soon in April of 2021. He boasts good size at 6'3" and 245 lbs. with long arms and muscular build. He as a versatile defender for the Bulldogs lining on the edge in both a 2 point and 3 point stance as well as playing inside linebacker at times. He's a very explosive athlete who can get the jump on his opponent quickly if their not careful. He has a wicked chop and dip move that's been very effective off the edge and has turned SEC offensive tackles into turnstiles very quickly. He's one of the best pass rushers in the draft at going for the strip sack when bending the edge, a defensive coordinators covet in an edge defender. He possesses excellent strength in his upper body and arms and does popping offensive lineman when he engages them. He has very strong hands that allow him to clamp onto ball carriers and bring them down. He's very agile for an edge rusher and has shown little issue moving along the line of scrimmage to make a play on the other side of the field. He's extremely flexible in his frame and does a great job of bending the edge past offensive lineman. He has an extremely hot motor on the field and never gives on a play. He possesses a very high football IQ as he can read offensive plays as they happen and rarely finds himself out of position or on the wrong side of a misdirection play. He's comes up big in big moments when pass rushing, just ask the Cincinnati Bearcats

He's a bit undersized for a defensive end so being an outside linebacker in a 3-4 system might be his only option. He has the ability to play in coverage but he rarely has been tasked to do so and it could take a while before being a reliable coverage player. He doesn't possess a lot of pass rush moves outside of his chop and dip and adding a spin or swipe move to his repertoire would serve well in the pros. Not a good hand fighter and will need to develop this skill set in order to find consistent success. He doesn't possess much a counter rush games and can find himself going one and done on a lot of plays.

Azeez Ojulari has lots of potential in a 3-4 scheme and with the right coach, he could flourish into a dangerous pass rusher. His athleticism and high motor are traits that you can't teach and if he can sharpen his skills and add to his game he'll be force off the edge.