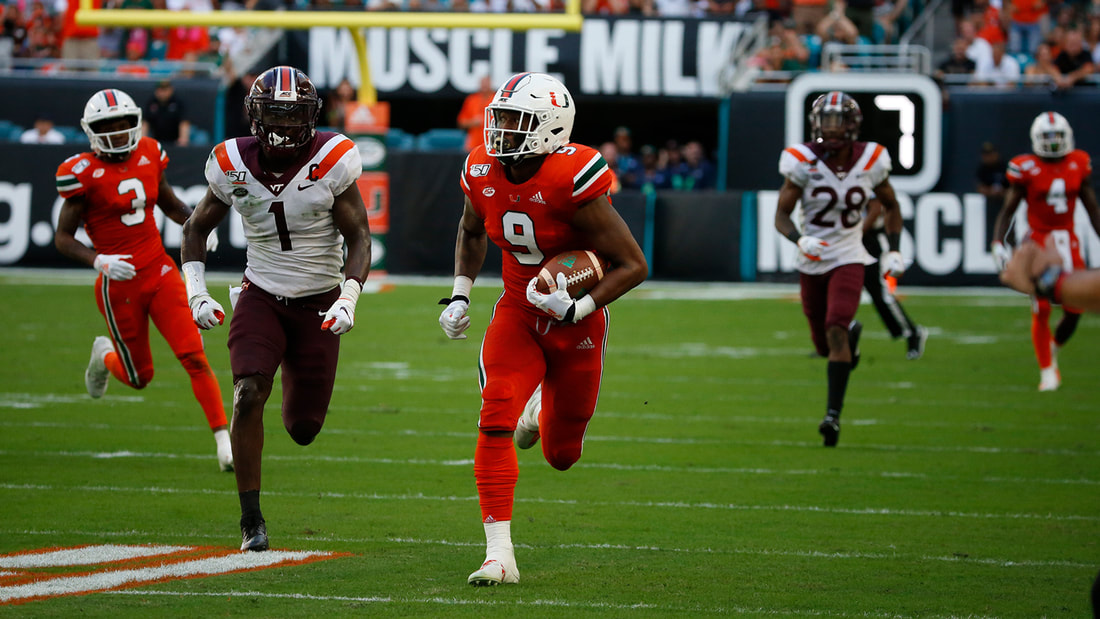 Brevin Jordan in his limited touches last season showed that he has all the goods to be a quality tight end early in his eventual NFL career. He's got a thick 6'3" and 247 lbs. frame with lots of muscle in his lower body. He's a bull after the catch whose powerful build allows him to shed tackles and bounce off of hits. He's got excellent hands and does a good job of holding onto the football through contact. Good speed and agility for a player his size and has made it difficult for linebackers and safeties to cover him in the middle of the field. He does an excellent job of reading zone coverage and finding the empty space within. He's a great player in the red zone as he can quickly catch the ball and power his way through. Quick to hit top speed after the catch and can burn defenders if he has the better angle. Gives great effort into blocking defenders and can be trusted as a 3-down player on offense. Very good body control in the air and does a good job of positioning himself to come down with the pass. He's got some great elusiveness for a guy his size and can juke defenders at will in the open field. He goes after the football in the air and doesn't let the ball come to him. He does a good job of following his blocks on short passes to ensure that he picks up as many yards as he can. He was very important in the Miami offense and when the Hurricanes needed a play, he would always come through.

His route-running needs a lot of work and his route-tree needs to grow because unless he's forgotten about on the field or given the ball on short passes, he always seems to have to fight for the football. He's got short arms for a tight end which makes him one of the more difficult tight ends to throw to. He can struggle in the redzone on jump balls due to his lack of traditional tight end height. Separation from defenders is very difficult for him as he lacks the burst and technique to properly create his own space. While he's very willing to block he seems to struggle at effectively taking defenders out of the play and should work his technique heading into 2020.

​Miami has had a long history of great tight ends coming into the NFL and Brevin Jordan looks to be the next notch in the belt for them. His athleticism and creativity after the catch make him an enticing player for teams and I would be shocked if he isn't picked within the first two days of the draft. He's raw but has the potential to be something great and if a team can get him to reach his potential, they'll have a potential pro bowler on their offense.