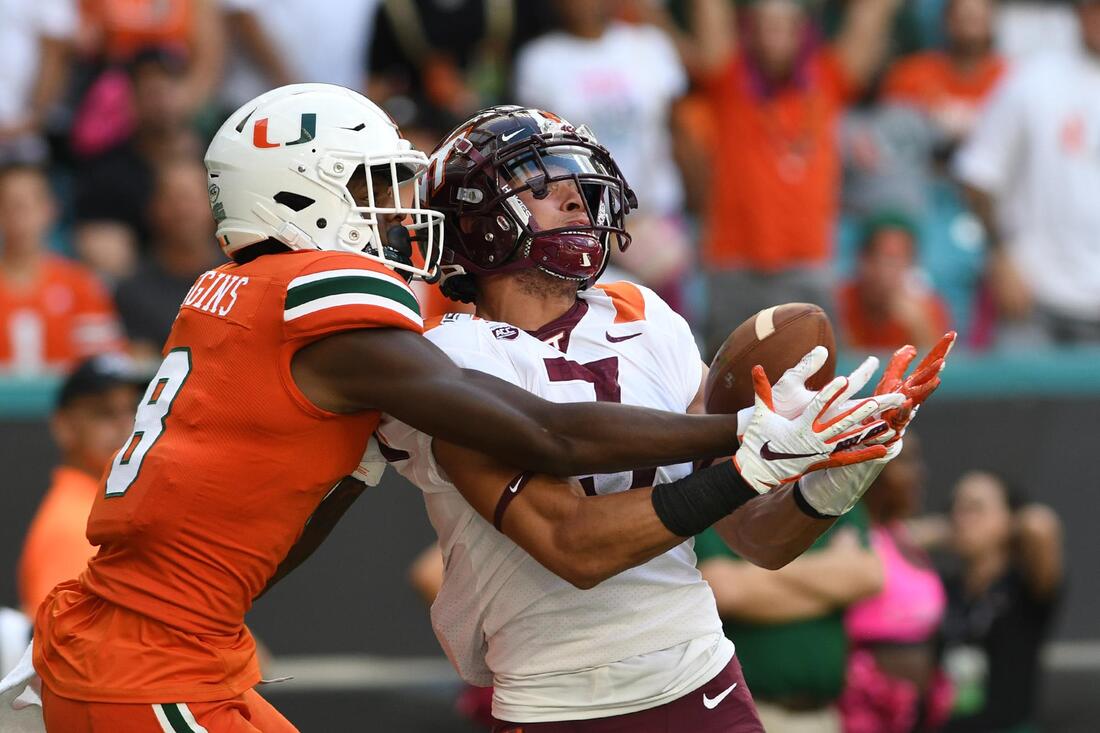 Caleb Farley has been a phenomenal cornerback for the Virginia Tech Hokies after his first couple seasons in college football and will be looking to turn heads next season and possibly catapult into the 1st round. Excellent size for a cornerback at 6'2" and 205 lbs. with great length and incredible instincts. His awareness on the field is out of this world and his knowledge of quarterback tendencies, likely from his high school days as a star quarterback, make him a constant threat on the defense. His instincts in coverage are top notch and is a nightmare when he attacks the football in the air. He's an incredibly smart player with a sky high football IQ as he's really excelled at a position he's only been playing since arriving at Virginia Tech. He's a very good press coverage cornerback that knows how to properly utilize his natural build to force receivers to work for yards. He widens routes very well and is as sticky as a corner can be down the field. Mirrors receivers very well in man coverage and has a good feel for route anticipation. Very aggressive at the point of attack and if he gets a hold of a receiver early, he will shut down that side of the field. Natural hands for a corner, given his time playing offense in high school, and can turn into a dog catching a Frisbee if he has a shot on a pass. Aggressive at the catching point and looks to come down with the football before he swats it away. He plays with an exceptional motor as well as great effort and competitiveness. Exceptionally quick and athletic for a corner his size and it shows up when having to chase down ball carriers and mirror receivers on deep routes. He has enough quickness in his feet to match up with receivers in the slot at times, although I wouldn't recommend him play there much in the NFL.

His range is relatively unknown currently with his lack of experience in zone coverage and will need to show he can make plays, although I think he does possess good enough range based on his athletic prowess. He's been very injured throughout his college career with a non-contact ACL tear in 2017 and nagging injuries like back spasms. Size limits his ability to have versatility and may strictly play on the outside. He could be more consistent in his play from game to game because he can at times disappear in coverage. He doesn't play enough schools that feature top end talent and can simply thrive off of bad teams. He didn't play in 2020, deciding to opt out and prepare for the draft, which may hurt his stock a bit but his overall talent is undeniable and I doubt he will fall far, if at all.

Caleb Farley has shown in his two years of dominant play at cornerback that he has the high football IQ, size, and athletic ability to make an early impact in the NFL and any team in need of serious cornerback help should consider drafting him. He's a great press cover corner with very high upside given his production despite lacking in experience at the position and if put with the right coach and system, he could be one of the best defensive backs in the NFL.