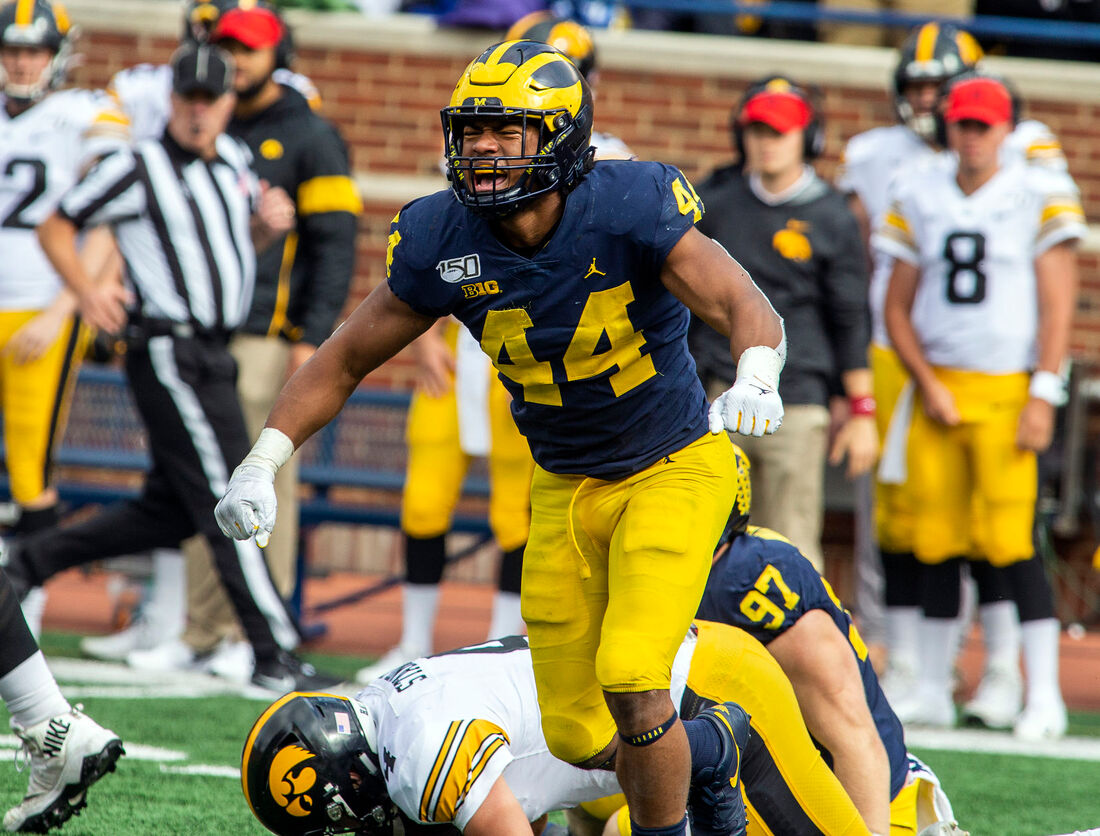 It didn't take long to see Cameron McGrone make his mark in 2019 playing for the Wolverines and showed even more potential during his 2020 season. He's a cut from stone 6' and 235 lbs. with exceptional athleticism and a contagious intensity. He's a voracious and hungry tackler at the linebacker position who has a 6th sense for tracking the football. He possesses freaky speed for the position and amazing burst to go along with his fiery competitiveness. He's a menacing blitzer with good instincts of knowing where holes are going to open up and great timing when jetting through. He's one of the most agile linebackers in this draft with elite foot quickness and agility to make blockers, from offensive lineman to running backs, miss in confined spaces and wreak havoc in the backfield. His ability to change direction on a dime is what really stood out last year and is what made him such an effective blitzer up the middle because even when he misses judges the angle, he can redirect and still make the play. He was surprisingly good in coverage last year, considering he only had 10 games under his belt, especially in the slot and out of the backfield with limitless range to make plays. Not a defender that running backs can get away from easily and his closing speed is easily among the best in the draft based on last year's play. His motor is unwavering and his effort and energy are contagious and the results show up when they play against tough competition. He's a very good decision maker in run defense and always seems to know where the running back wants to go. He packs a punch when he comes in to make a tackle and has no fear of taking on bigger running backs and tight ends head on.

He can take bad angles at times when making a tackle, especially sacks, and can have to redirect quickly, giving the quarterback time to get rid of the ball. Not much of a blitzer off the edge as he can lack the power and timing to get past offensive tackles. He's way better in zone coverage than he is in man and will need to work staying close to receivers and anticipate their movements. He only had 10 games of experience before last season and only played in 5 before opting op

He's a freak athlete on the field but I think he left college a year too early for most teams to feel comfortable about spending a premium pick on him. If he can make an impression in training camp and showcase his speed on the field, I can see him being an early contributor in a team's linebacker rotation and potential starter down the road.