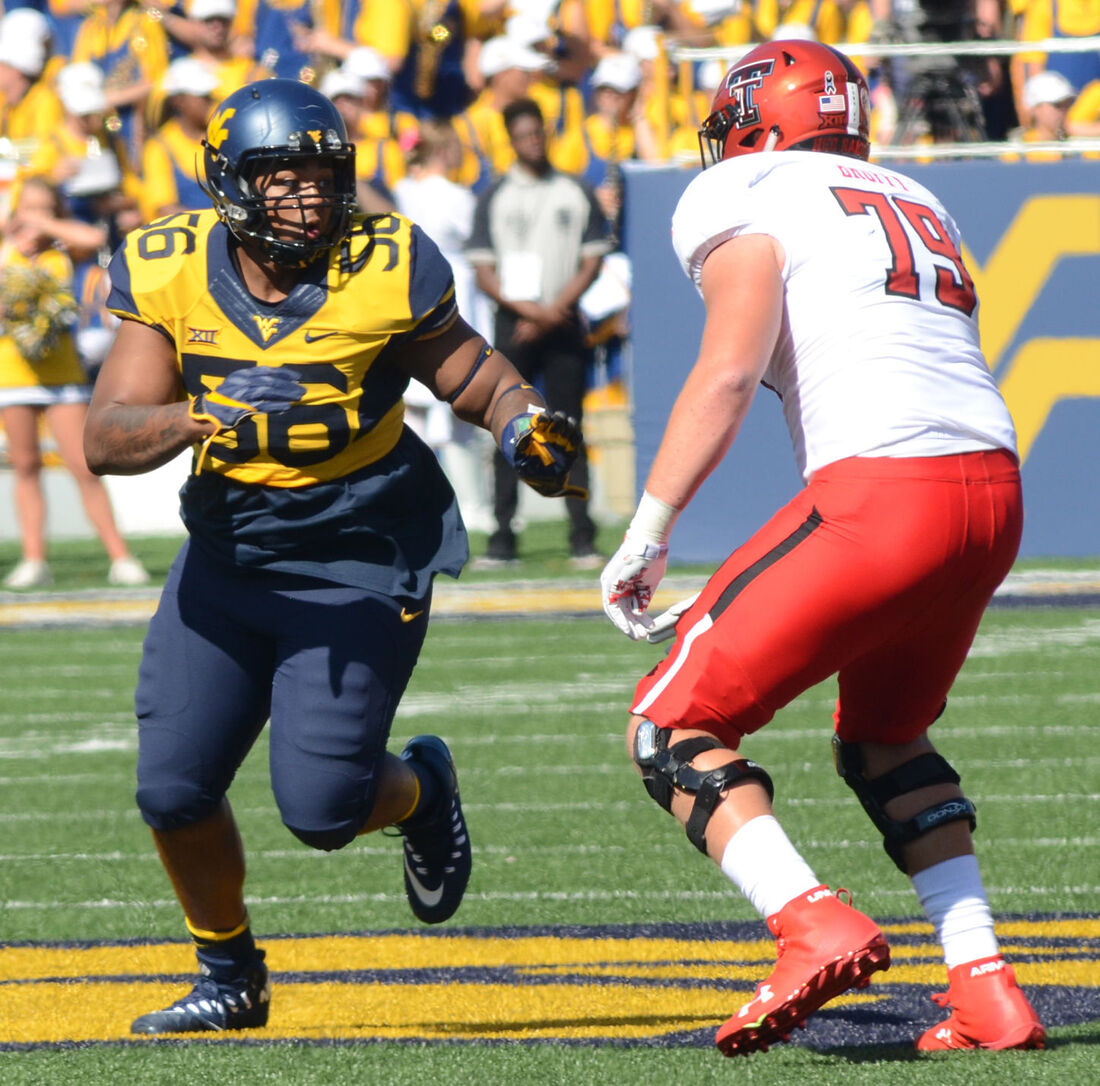 Darius Stills earned a reputation in college football for being a tough, rugged, and nasty defensive lineman after Baylor Head Coach, now Carolina Panthers Head Coach, Matt Rhule said in a press conference that he had no answers for Stills when he played against him and now looks to bring that reputation to fruition in the NFL. He's got a very low center of gravity at 6'1" and 295 lbs. and he uses it to his advantage by consistently establishing better leverage and causing problems in the interior. He does a good job of maintaining pad level throughout a play which makes such an effective run defender in the interior. He's a better run defender than his brother and does a great job collapsing the middle forcing running backs to bounce their runs outside. He's got fast hands like his brother as well as a quick and effective swim move that is hard for guards and centers to counter. He's very explosive at the snap and does a good job of getting his pads low early into his rush. Vicious and dirty is a great way to describe his game which is why he's such an effective run defender. He does the dirty work on the West Virginia defensive line and somehow still found a way to produce. He's a very disciplined player in the interior of the defensive line and will hold his gap in run defense. He has a natural nose for the football and did a great job in 2019 of going after the football and causing turnovers. He's very good in short yardage situations where his nastiness is in full effect by simply cutting the legs out from guards and centers and collapsing the middle. He's a vicious tackler once he gets his hands on a ball carrier and will make them regret running into him. He's got a lot of power in his upper body and if he gets into the chest of a guard, they're going backwards.

His length is a concern for him at 6'1" and his arm length also is worrisome because at times he can get overwhelmed by lengthier guards and centers. He's a good pass rusher because of his non-stop motor but most of his sacks come from circumstances of a quarterback running into him rather than him chasing down. I would like to see more moves added to his pass rushing repertoire to be a more effective and consistent force in the interior pass rush. He plays the nose guard position or 1-tech tackle on the West Virginia line but he will likely convert to a 3-tech in the NFL. His size doesn't allow for much scheme versatility and probably needs to play in a 4-3 defense to truly to scout him as a single player in the middle.

Still nastiness and explosion will make him a coaches favorite in practice and his willingness to do a defense's dirty work by playing the run before the pass is something that defensive coaches look for in a player. If he can add some more rush moves to his arsenal and find himself in a scheme that allows him to thrive, he'll be a quality lineman in the NFL.