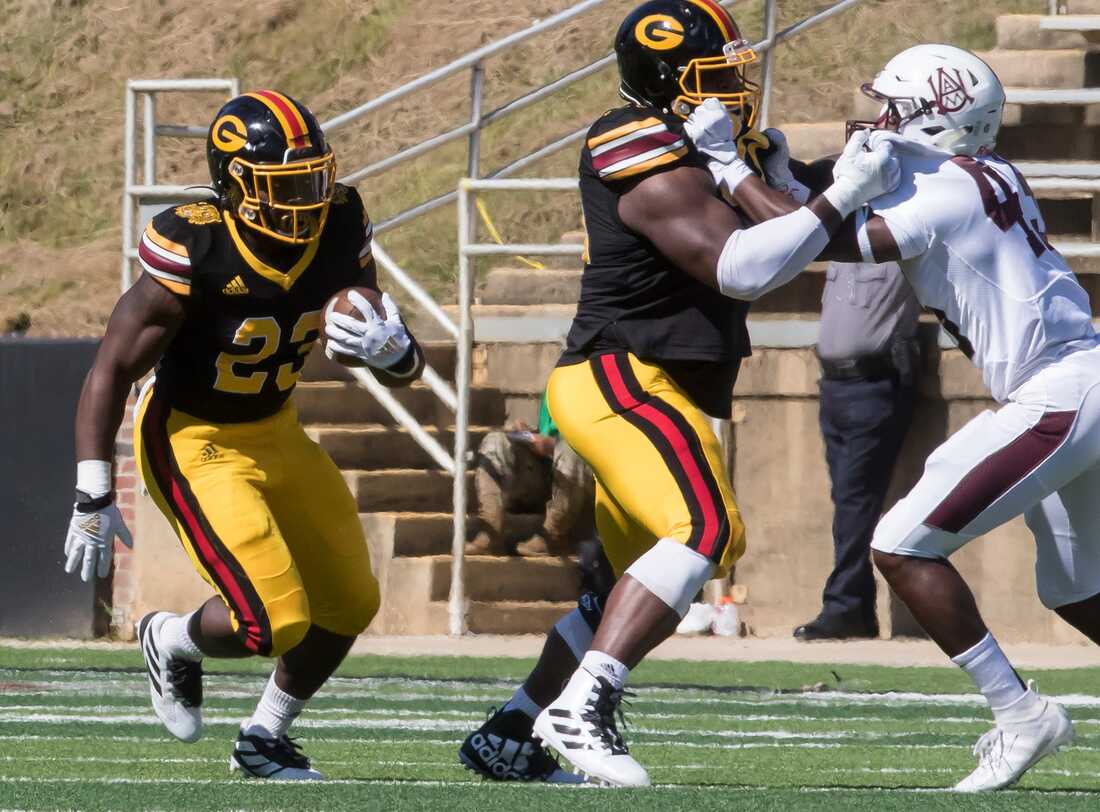 David Moore has gone from a potential draft pick out of the Grambling State to one of the more popular names among interior lineman in the draft after a dominant Senior Bowl performance. He's built like a guard at 6'3" and 320 lbs. with exceptional athleticism and a mean streak that's going to make right at home in the pros. He's a very athletic interior offensive lineman who brings rare agility and speed to a position that's always lacking in it. He can be trusted to pull and create lanes for his back behind him. He's a malicious blocker who will not only beat but let you know it afterwards. He's a tough and physical drive blocker whose natural low center of gravity makes him a tough player to bull rush straight up. He's a ball of muscle with excellent upper body and lower body power which gives him one of the ceilings in the draft. He can be a great asset in the screen game where his athleticism and aggression make him a player to stay clear from. He's a good drive blocker with his naturally low pad level and could be trusted to spearhead a play in short yardage scenarios. He has very strong hands that are near impossible to break away from when he gets in an opponent's interior pads. He does a very good job of picking up blitzers and twists headed in his direction and does a great job of properly reacting to and neutralizing them.

He has short arms, even for the guard position, and it could be a long first couple years in the NFL as he develops the hand fighting skills and technique to keep NFL defenders from getting into his pads. He played at Grambling State whose best competition in college football is Louisiana Tech and while he proved himself to be a formidable presence in those games, they aren't nearly as good as the Power 5 football teams. He can at times get too aggressive in the middle of the line and simply look for kill shots rather than sustainable blocks.

David Moore could find himself shooting up draft boards come April if he has a great workout and puts up great numbers that you rarely see from interior offensive lineman. Nothing will make a coach fall in love with a small school prospect than great athletic numbers. He's a starter in his first few years in the league and could find himself on the field as soon as his rookie year in the right system.