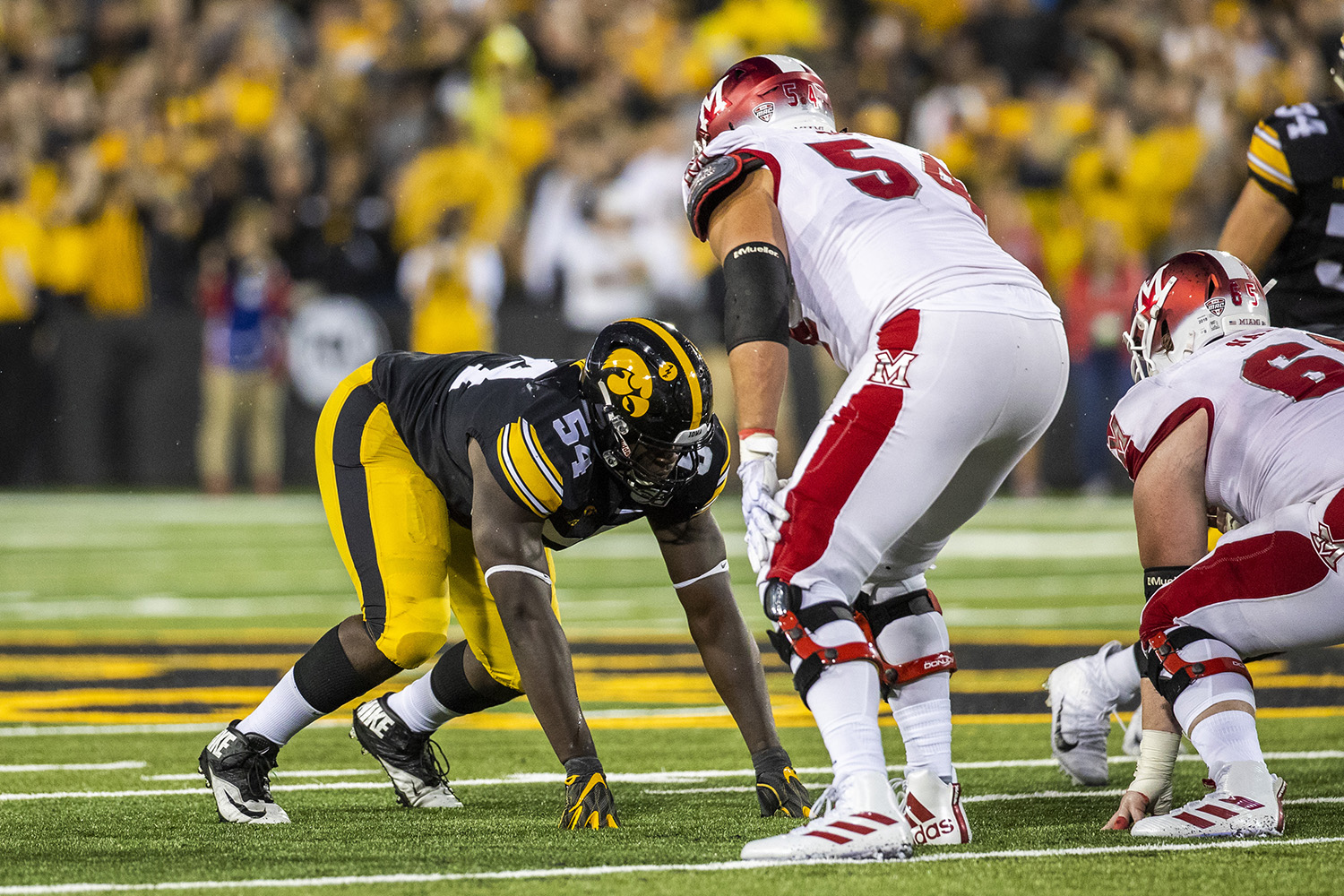 There wasn't a more feared defender in the BIG-10 last season than Daviyon Nixon and it's going to be hard for teams not to fall in love with his potential. He possesses prototypical size at 6'3" and 305 lbs. with great length and superb athletic ability. He has very long arms for a defensive lineman his size and it can be a nightmare for guards to block him with his combination of length and explosion. He's quick off the snap and immediately goes after his opponent's chest. His arm length and lower center of gravity give him a unique advantage as a defensive lineman as he's naturally low enough to consistently win the pad level matchup; his longer arms allow him to keep offensive lineman from getting a hold of him. He's a very flexible defensive lineman as he's very good at squeezing through cracks in lines and crashing running lanes. He's a violent hand fighter who swipes, clubs, and punches his way out of battles. He has great agility and can move down the line of scrimmage with ease. He's very good in pursuit as he possesses the necessary speed to give chase to ball carriers behind the line of scrimmage. He's very good at reading pocket developments and does a good job of bringing down quarterbacks as they move up. He possesses a good swim move off the ball and has enough flexibility to quickly work around guards. He does a great job of shedding blockers when a play breaks down and penetrating the backfield. He has a nonstop motor and brings incredible effort for all 60 minutes.

He's a one-and-done interior pass rusher as he doesn't seem to possess a counter rush game when his initial move doesn't work. He doesn't have a lot of moves outside of his swim move and will need to develop his pass rush moves further to find consistent success in the NFL. His lower half, while extremely quick and agile, doesn't provide much drive when bull rushing offensive lineman and if he loses leverage with his pad level, he's going to get driven back. He's too easily fooled on play action and read-option, often missing his key and leaving defense open to attack. He's not great at fighting through double-teams and will get caught in the wash easily if he doesn't win with his initial first step.

As far as pass rushing 3-tech's go, Daviyon Nixon is a plug-and-play player in a 4-3 scheme and shouldn't have to wait long in Day 2 if a team needs to upgrade the position. He has to build his lower half more as well as develop his instincts further to become a more consistent presence in the middle of a defense. If he accomplishes this, he'll be a quality player in his career.