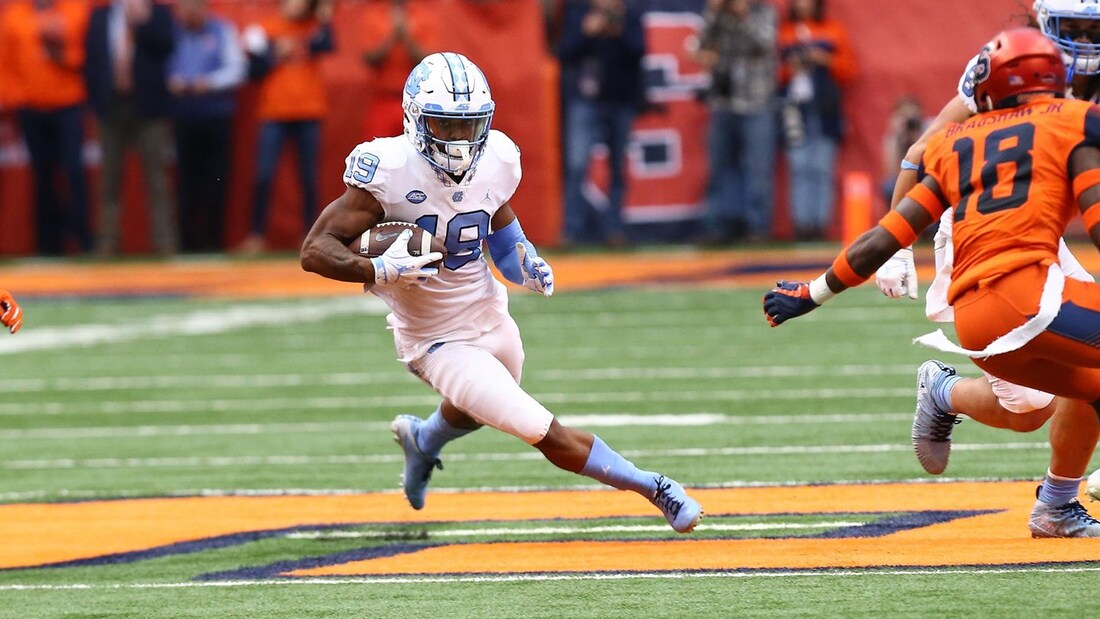 North Carolina Tar Heels wide receiver Dazz Newsome was a bright star on a mediocre offense and will likely repeat, if not improve, his performance in 2020. He's a muscular and compact receiver at 5'11'' and 190 lbs. with exceptional agility and incredible instincts. He's as explosive as you can be at 190 lbs. and can go from 0-60 with the snap of a finger. Exceptionally agility in his feet allow him to turn on a dime and be a nightmare after the catch. He has great hands that can haul in passes and hold on through contact. He's a great deep threat that can consistently get behind a defense quickly and create problems in the secondary. He goes after the football like few players his size will and has shown no fear when crossing over the middle. He's a great route runner with a large route tree that allows him to be a weapon at all levels of the field. He does a great job of tracking the football and going up for contested catches. Very good open field vision and knows how to pick and choose his holes to get the most after the catch. Does a nice job of separating from cornerbacks on intermediate passes and can be trusted to make difficult passes along the sideline. His production has been hampered by bad quarterback play at North Carolina and would have been far more productive elsewhere. He's got some good power in his legs and can break arm tackles. He's the face of the Tar Heel offense and usually finds himself facing double coverage and a teams best cornerback, making each and every yard he's gotten worth more. He's a competitive player who will back down from no one.

He's a lot quicker than he is fast and has been prone to succumbing to speedy defenders on the perimeter. He has a small catch radius, even at 5'11", and can be a difficult player to throw to even when he's open. Not a lot of plays that see him breaking off huge gains after the catch and has been caught from behind.  Most of his plays come from the slot which somewhat limits his versatility in the NFL.

Dazz Newsome has a high ceiling as a slot receiver in the NFL and will be an incredibly versatile weapon in short yardage situations and in the middle of the field. If he can find himself in an offensive system that utilizes quick surgical passing, I can see him having an early impact in the season.