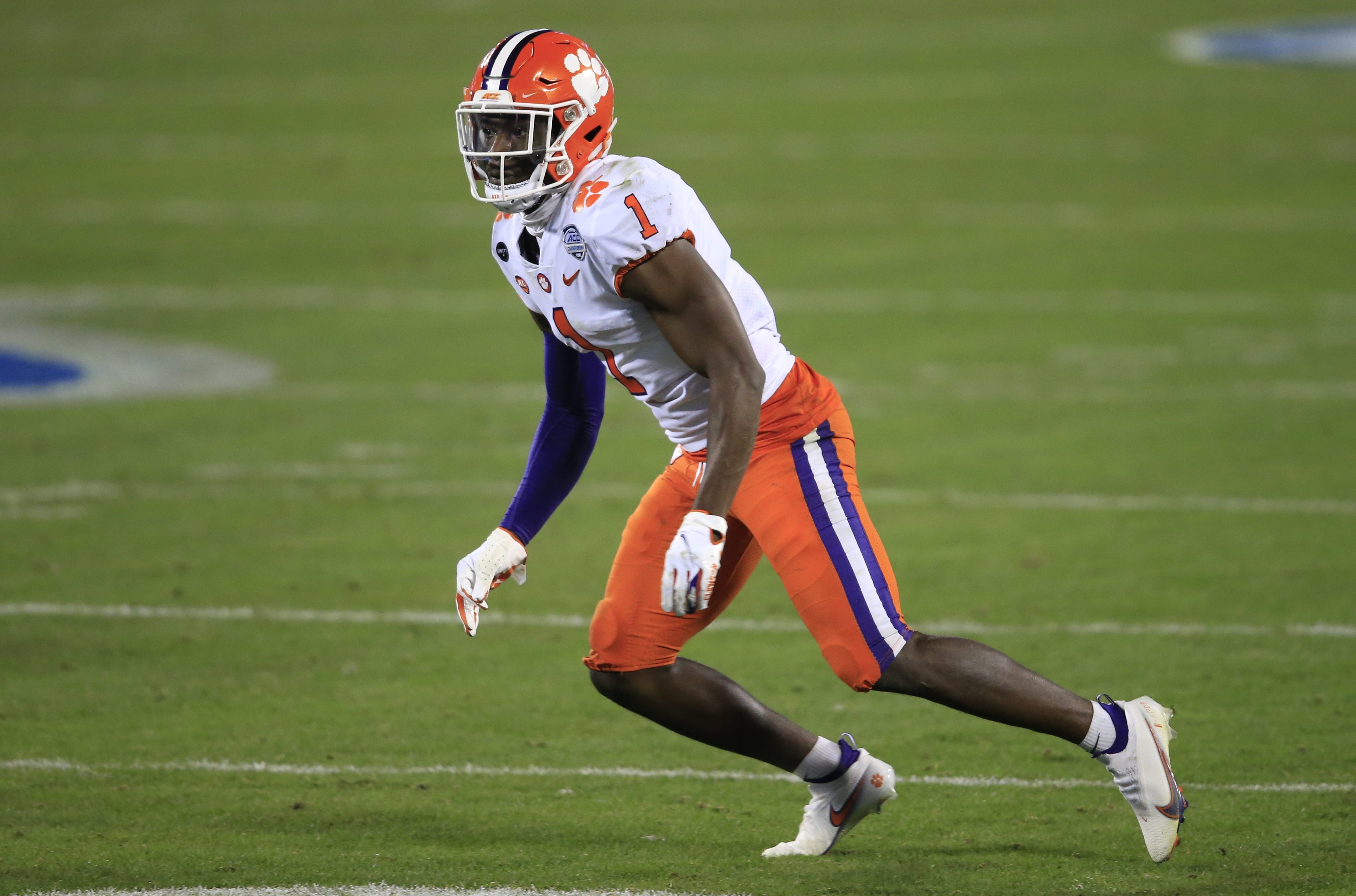 Photo by Brian Blanco-Associated Press
Derion Kendrick has had one of the more roller coaster career in college football with his emergency thrusting to cornerback after being recruited to play wide receiver for Clemson, thriving at cornerback for Clemson before his dismissal from the program, and finally transferred to Georgia where has solidified Georgia's secondary as one of the best in college football. Kendrick has very good size for the position at 6' and 190 lbs. with great arm length and excellent athletic ability. He's very fluid in coverage and displays excellent explosiveness in his lower half. His lengthy experience at receiver helps him in both man in zone coverage and gives rare insight into what receivers want to do against him. In man coverage, he does a great job of using his size and length to his advantage on the outside. He has a fast and fluid back pedal out of his stance and can turn and run with the best of them downfield. He's patient early in his back pedal and doesn't bite early on sluggo's or hitches. He has good agility in his feet and changing direction and moving with receivers isn't an issue with him. He has enough athleticism to stick to receivers down field and has enough size and length to contest catches. His arm length and height help him shrink catch windows for receivers and he does a great job of attacking passes at the catch point. In press coverage, he has enough length and size to jam smaller receivers at the line. He's aggressive downfield and does a nice job driving the receiver towards the boundary line. In zone coverage, he displays excellent route recognition and range and doesn't fall for look offs or pump fakes very often. His natural length and size makes him a difficult player to throw over and is always a danger to pick off passes. Not afraid of making tackles and seemed to enjoy the physicality of the position a bit more than expected for someone new to defense. He flashes incredible ball skills for a cornerback given his time spent as an elite level receiver recruit out of college and will be a match-up nightmare in jump ball situations. He has shown to be scrappy and aggressive when contesting catches which has shown He possesses a very high football IQ given his quick learning of both receiver and cornerback at Clemson and Georgia and shows NFL scouts that he's capable of developing very quickly in their scheme. He's highly competitive and

Although he clearly has shown improvement in his technique as a defensive back prospect, he still has a way to go before he's complete. He's very high out of his back pedal which can hinder his ability to hit his top gear quickly and keep up on deep routes. His high back pedal also can limit his ability to burst on the football and change direction quickly. He's not technically sound as a tackler and can often find himself getting dragged for more yardage. He has great ball skills with his receiver background but he does have issues with positioning himself when contesting catches and while he can knock the ball away, he doesn't have interception statistics to show that he can take the ball away. He can be hesitant to cover ground in zone coverage due to his patience in coverage and can be late when jumping routes and attacking the football. He's quicker than he is fast and keeping with deep threats can be challenging for him. He can be bullied by tight ends and bigger receivers in press coverage and adding more strength to his frame will help him become more consistent in this area of coverage. While Derion Kendrick has shown great improvement in 2021, playing at Georgia this year has certainly helped him as they boast one of the best front sevens in college football which allows him to make plays on plenty of errand throws. His dismissal from Clemson was due to weapon and drug charges and while everyone can change, NFL teams are going to be very hesitant about drafting him if he doesn't ace the interviews he's given. He's not a versatile defender given his strict, and shortened time, playing outside cornerback in college and coaches shouldn't expect him to play safety or slot corner and thrive in the NFL.

Derion Kendrick is a boom or bust prospect in this draft with his excellent growth as a cornerback after being forced into the role by Clemson but also because of his raw technique and questionable past at Clemson. He has all the traits and ability to start in the NFL and be a quality player but he's going to need to grind on the field if he wants to realize his potential. If he gets drafted by a team that utilizes man coverage and allows him to win with his height and length, he could be a quality defender on the outside.