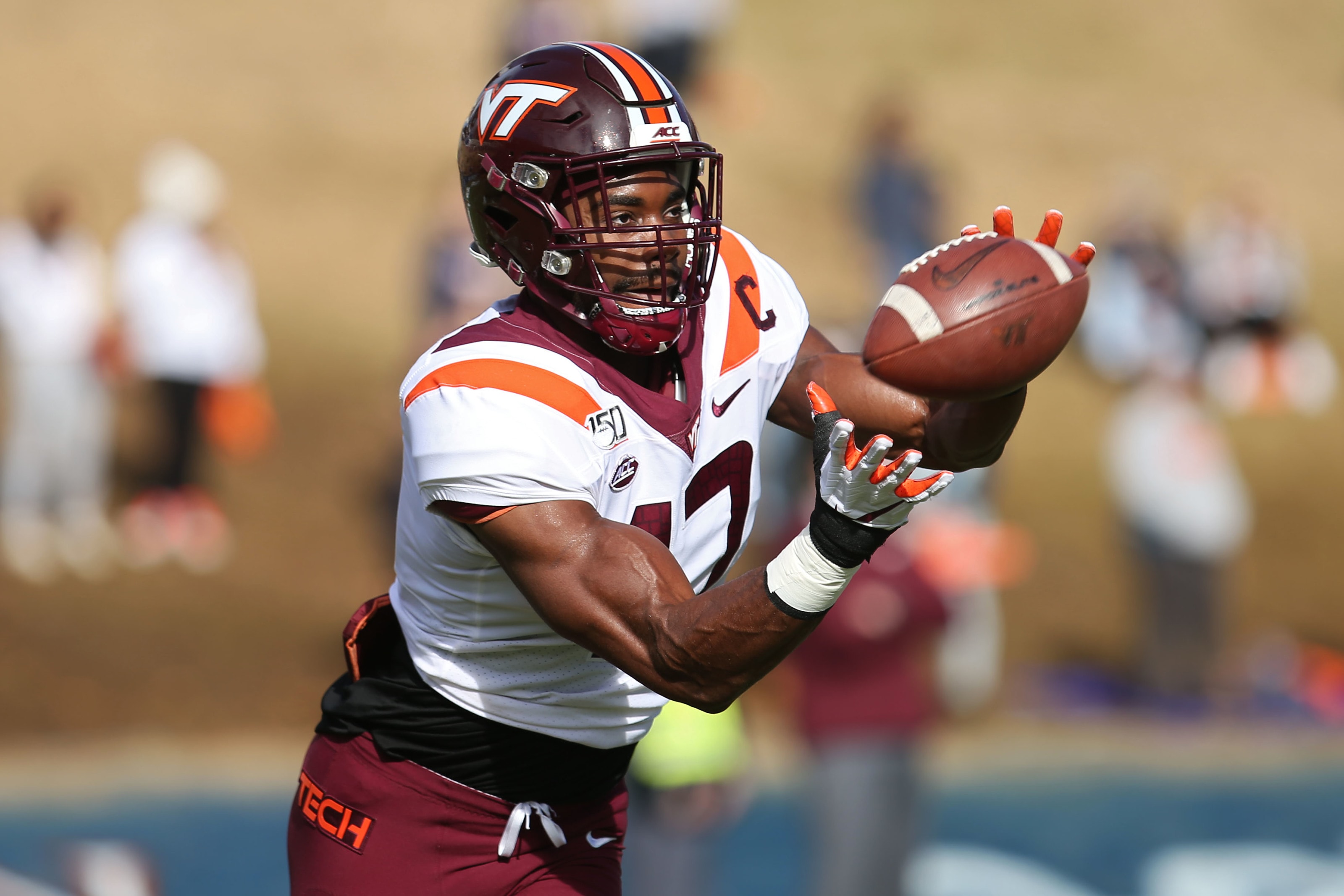 Divine Deablo has been on the radar of NFL scouts for a while this offseason and he officially shot up draft boards after a stellar pro day in front of scouts. He brings elite level size to the safety position at 6'3'' and 227 lbs. with exceptional athleticism and a rough style of play. He played the enforcer role for the Hokies for the last four seasons and turned in a very good season in the turnover column. He's a missile when he locks on to his target and smack ball carriers when he has a clean shot. He's an excellent tackler with a strong upper body for a safety as well as a wide wingspan to envelop ball carriers. He does a nice job in the run game of attacking gaps and fighting to get to the ball carrier. He showed much better ball skills than he had before the 2020 with surprisingly good hands and elevated awareness of the football in the air. He does a good job of reading the quarterback in zone coverage recognizing his target. He's quick to disrupt passes at the catching point and has shown the explosiveness to jump routes. He was reliable when having to cover tight ends in the middle of the field and has more than enough athleticism to stay with them on seam routes. He had more than a few plays in his career of playing hybrid linebacker and was successful when playing run. He plays big in big moments and showed up big against Clemson by picking off Trevor Lawrence.

He's a very raw prospect as he converted from wide receiver early in his college career. He has trouble reading passing patterns and too often can get lost in coverage. He's been a slow developer so far in his college career and is still trying to figure out coverages. He doesn't attack the football enough when making tackles and will need to work on ripping the football out. He's somewhat reluctant to attack the line of scrimmage in run defense and at times works to avoid blocks rather than take them on. He's an inconsistent tackler who will look to go for the hit rather than wrap up and bring down. He's shown to be unreliable if asked to cover receivers and hasn't shown the range to cover deep passes, despite having phenomenal speed.

He flashes the ability to make plays on defense but his slow development and lack of coverage skills may force him to play the hybrid linebacker role. He's going to have to get paired with a defensive coach that can work him hard and get him to where he needs to be. He's a project with big potential in the right situation.