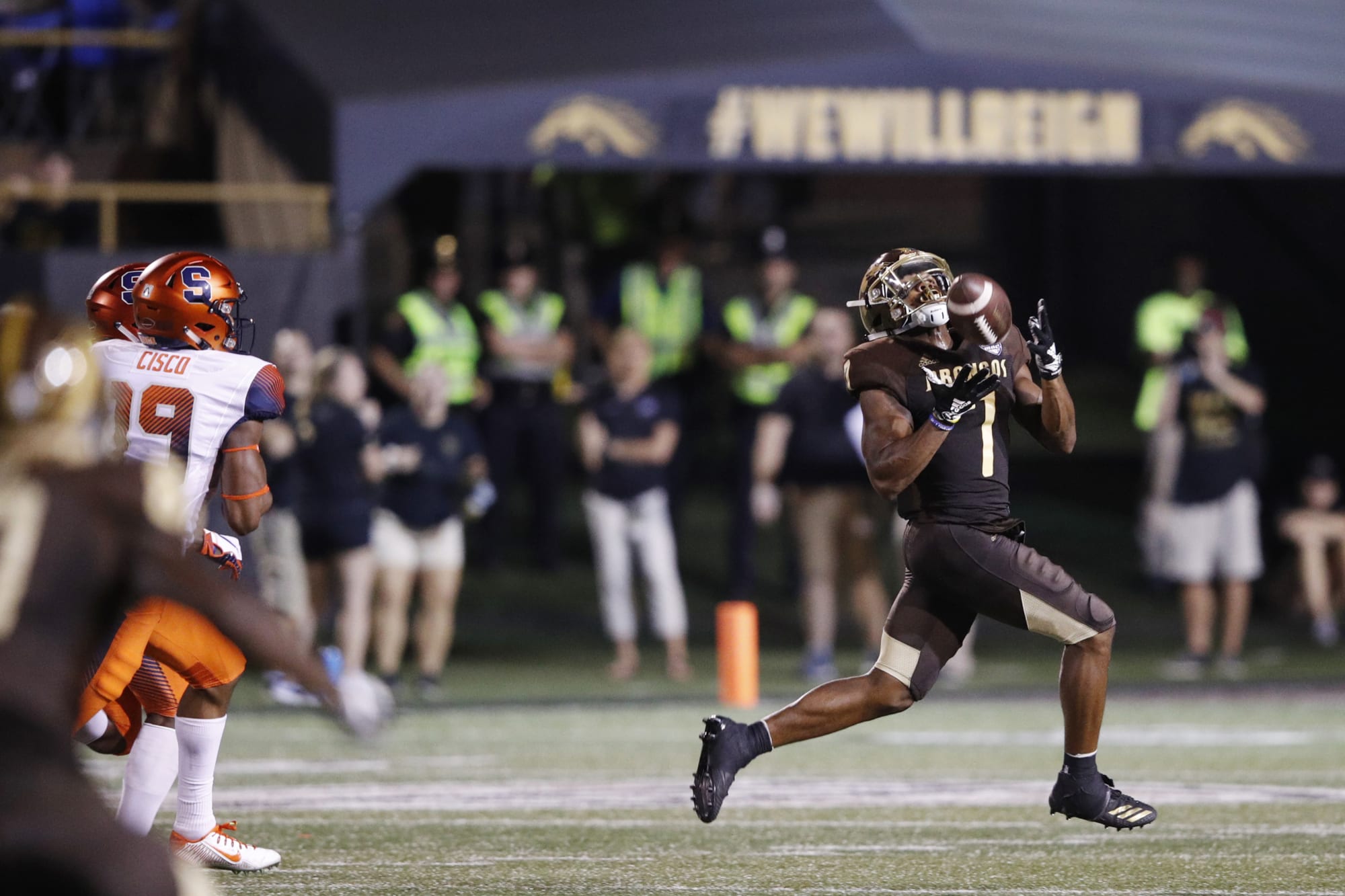 ​D'wayne Eskridge has seen his draft stock soar as of late after lighting up defenders in the senior bowl and should find himself getting phone calls on draft day. He's built to burn at 5'9'' and 189 lbs. with a muscular frame and electric speed. He showed at the Senior Bowl that he possesses some of the best route-running in the draft, torching cornerbacks and getting incredible separation. He has excellent hands and goes after the football rather than letting it use his body to cradle it. He possesses a vast route-tree that made him such a weapon for his offensive coordinator in college. He's very good at releasing from press coverage and stuttering to create separation. He can stop on a dime and catch passes making him an excellent option as a short yardage receiver. He knows how to get up field quickly after the catch and can be a major problem to leave alone if he has daylight. He's a former cornerback turned receiver in college which goes to show just how high his football IQ is to not only completely flip positions and thrive. He can reach top speed in an instant and can be a game breaker when he gets behind a defense. He burned almost every defense he faced in 2020 by averaging over 100 yards a game.

His size will likely limit him to a slot receiver role in the NFL and he will have to bulk up a bit to find himself playing on the outside. He usually gets tackled by the first guy who makes contact with him and doesn't do enough to get extra yards after contact. He has a weaker lower half of his body which is usually the sweet spot where defenders tackle him. He has found himself getting shoestring tackled in the open field. He played at Western Michigan in the MAC conference which doesn't bring the level of talent as other conferences.

His draft stock has skyrocketed as of late since his domination at the senior bowl and while it was impressive to watch. A senior bowl showing has never guaranteed success in the NFL. I think that him playing in the slot to start off his career would be the best thing for him and if he can show in practice that can consistently win on the outside, he'll find himself playing all over the field.