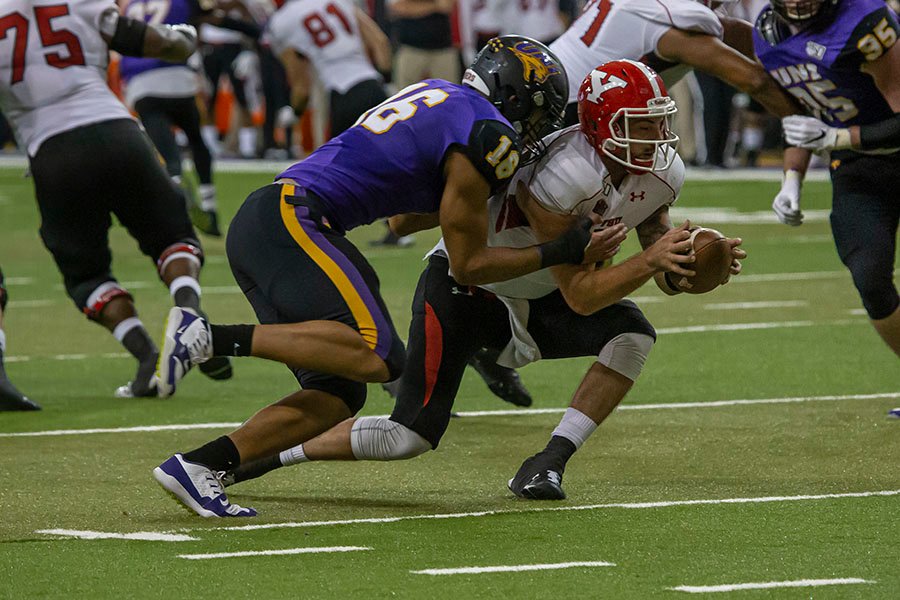 Every draft has a small-school stud that takes the NFL by storm and Elerson Smith could be that guy in 2021. He's 6'7" and 265 lbs. demon off the edge that destroyed every offensive tackle he played against in 2019. He's got freakish athleticism, even among the top edge rushers in the 2021 draft class and it is on full display during games. His length is elite being 6'7" to go along with his long arms. His explosion out of his stance is incredible and is extremely difficult to block if he gets his hands in your chest. He brings a great deal of power in his upper body and behind his hands which is very noticeable on tape when engaging offensive tackles. Plays like an NFL speed rusher is supposed to be, fast and violent, and he has a motor that doesn't ever run out of steam. He played with his hand in the 4-3 and 3-4 front as well as a stand-up pass rusher and he's very effective from all three stances. Despite his height, he does a great job of establishing excellent pad level and pushing offensive tackles off the line of scrimmage and getting into the backfield. He doesn't get pushed off the line of scrimmage in run defense and does a decent job of maintaining his gap. Constantly faced double teams in games as he became more notorious among offensive coordinators and still was productive. He's got some great flexibility and has no issue bending the edge and creating pressure. Was originally recruited to be a wide receiver or tight end so being a defensive lineman is relatively new to him, showing his high level football IQ and athleticism. He has a very effective and fast swim move that is going to be a problem for offensive lineman in the NFL to handle. Lateral agility is among the best among pass rushers given his time spent as a wide receiver and establishing fast footwork which allows him to change direction quickly. He was very effective last year at attacking the football and causing fumbles, something that every NFL team looks for in a defensive lineman.

His biggest issue isn't his fault, that being that he plays against bad competition in the Missouri Valley football conference whose only actual good team is the North Dakota State Bisons, who aren't that great compared to Power 5 football conferences. Outside of Dillon Radunz who got the best of him in the games they played, Smith hasn't played against an offensive tackle that's worthy of an NFL draft pick and it will be a major shock to him when he plays against NFL lineman. Outside of his effective swim move, I don't see much else in his bag of tricks as he can suffer from simply relying on his athleticism at times. Can allow an offensive tackle to get into his chest and he can get rag dolled at times if he's not careful. No counter rush moves it seems which he will definitely need in the pros. His ability as a run defender needs work as he lacks the strength at times to hold up against lineman running blocking him. He can bite on play action and read options too early and leave lanes open for quarterbacks to run through.

He has the athleticism and size to play in whatever scheme a defensive coordinator has and it's going to be hard for coaches not to fall in love with his potential. His ceiling as a pass rusher is through the roof and if he improves as a run defender, he'll turn into a player that won't leave the field. If he can adjust well to the speed of the NFL, he'll be a frightening presence off the edge.