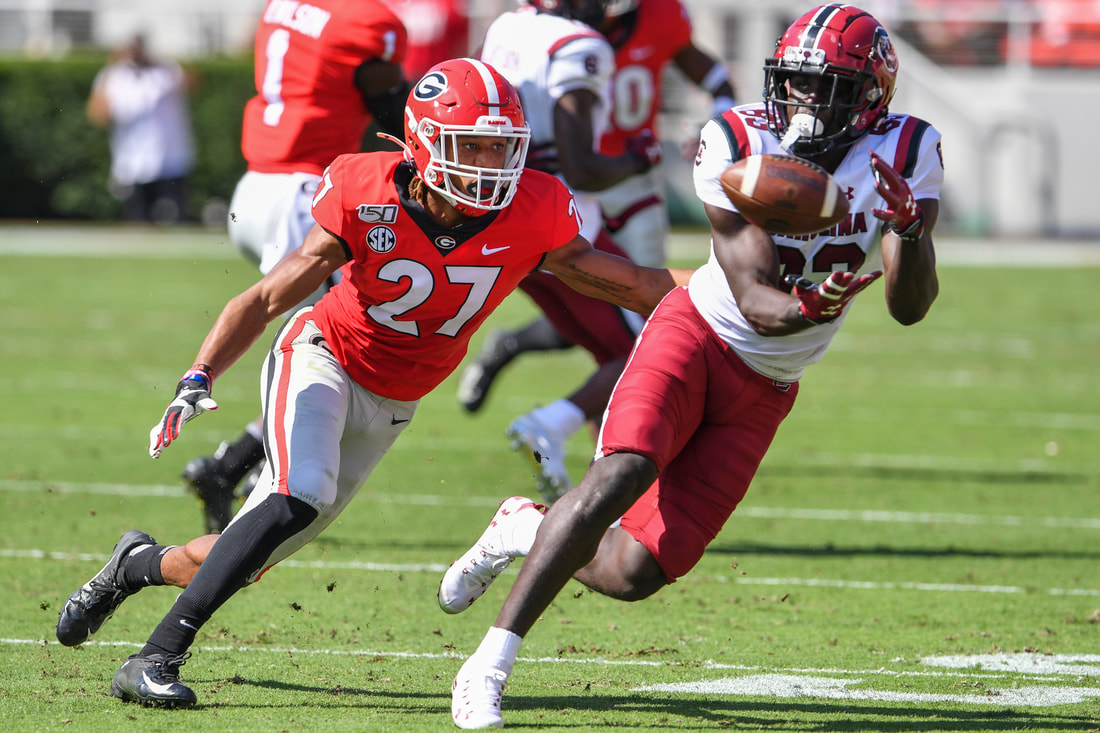 Eric Stokes Jr. has been a great cornerback on the outside for the Georgia Bulldogs and should be looking to really excel in this next season as the draft looms for him in 2021. He's got great size at 6'1" and 185 lbs. with very muscular build and excellent athletic ability. He's as explosive a cornerback as you'll find in this draft and is a nightmare off the edge as a blitzer with aggressive style of play and Georgia toughness. He's very aggressive at the point of attack in press coverage and makes sure every yard given to a receiver is costly on his route. Sticks to his receiver very well on seam and 9 routes down the field and has more than enough agility and fluidity in his hips to be very hard to shake off. Lots of speed in his game and isn't easily burned by speedy receivers. One of the best redzone corners in the draft with great technique against fades and slants. He's a tough tackler and will be a good cornerback in the NFL when in run defense. He's very aggressive when in jump ball situations and will make any receiver scratch and claw for the football. Sneaky good at getting his hands in a receivers hands when catching the ball and deflecting passes. He's good at route recognition early in the play and not easily shaken by shifty runners on the outside. Really improved his hands and ball skills in 2020 with 4 interceptions and made quarterbacks later in the season question themselves when throwing bad passes in his vicinity.

Strictly has played as an outside cornerback in his time at Georgia and doesn't have the skill set to play in the slot. I would like him to gain a little weight in order to provide that extra power in press coverage. Not much, if any, experience in zone coverage which limits the teams that could use him. Played on a talented SEC defense that featured talent all over the unit which helped mask any mistakes he makes. He can get very handsy on deep balls which can be very concerning if he plays against high level receivers.

​He's tough and aggressive and clearly has the athletic ability to thrive and succeed in the NFL. He's going to have to show that he's able to cause turnovers and least be a threat to quarterbacks on deep balls. If he shows up with a couple picks or a forced fumble in 2020, he'll find a home in Day 2. He's a starter at the very least early in his career and will likely turn into a quality player in his career.