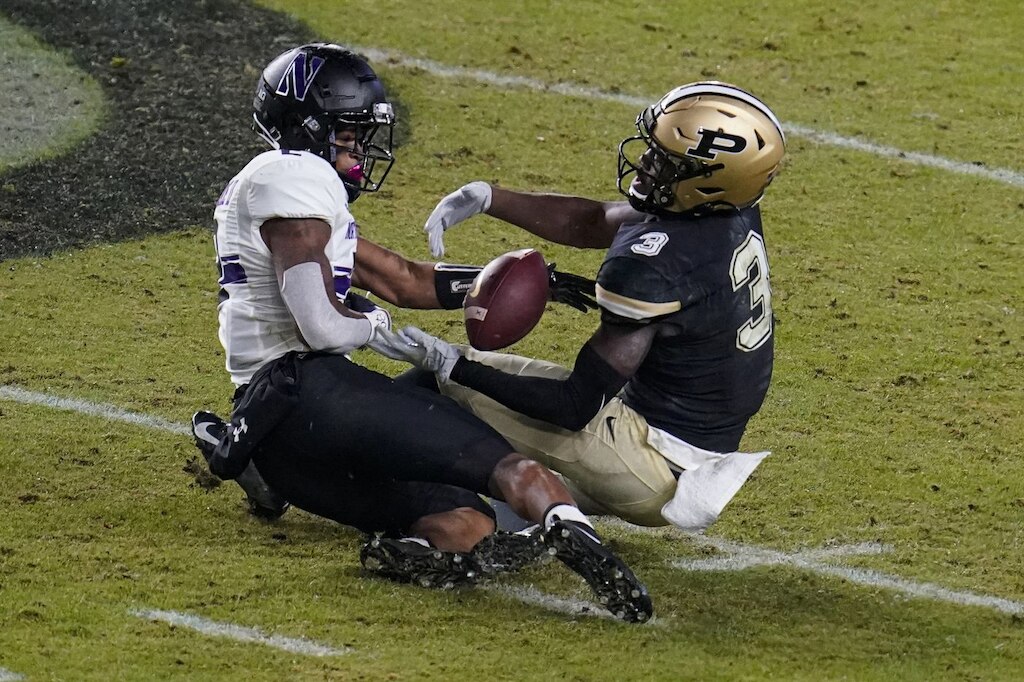 Greg Newsome II has seen a sharp rise in draft stock since the 2020 season has ended with many scouts and analysts predicting that he could be a surprise pick in the back end of the first round. At 6'1'' and 190 lbs. Newsome II brings phenomenal athleticism and tenacity to the cornerback position. He's a very fluid cornerback that  brings excellent agility to cover close and personal with receivers anywhere on the field. He doesn't fall for double moves and rarely is on the wrong end of a slant and go route. He's very aggressive in press coverage and does a nice job of forcing his receiver to fight through him to get on his route. He has excellent speed to stay in the hip pocket of his receiver. He's scrappy and aggressive on the route but does a great job of avoiding holding calls and PI's. He's explosive when he sees the ball in his direction and has enough length to get his hands in the catch radius to knock away passes. He possesses exceptional intelligence after graduating in 3 years from Northwestern and even more impressive football IQ when diagnosing plays quickly as well as reacting accordingly and he is never out of position on play. He does a great job of reading the quarterback eyes and in zone coverage and has more than enough range to react quickly and effectively. He recognizes passing patterns well and knows where the quarterback wants to throw the ball in his zone. He's an aggressive tackler with a surprising amount of strength in his upper body to quickly grab and tackle ball carriers. He's a very willing tackler in run defense and isn't afraid to stick his nose at the line of scrimmage. He has more than enough athleticism to line up at any cornerback spot and he showed at Northwestern that he's very willing to travel. He's extremely competitive and will let his man know every time he beats him. He plays with a great motor and rarely leaves the field. He's an alpha on defense and showed at Northwestern that he can be left on an island and cover his man alone.

I have my reservations about his ball skills because while he flashes the ability to come away with the football, he only has one interception on his resume. He doesn't try hard enough to come away with the football and create turnovers and on too many occasions he swats away catchable balls. He has an injury history and durability is an issue. He has played below expectations when facing premiere college talent and will need a little time to adjust to NFL speed.

His style of play and overall demeanor as a prospect reminds me of Byron Jones because he has the athleticism to play against anyone, rare intelligence for a football player, and even his shortcomings with his ball skills are eerily similar. His high IQ and athleticism project that he will quickly adjust to the NFL but he's going to have to get more aggressive for turnover if he wants to make his mark in the pros.