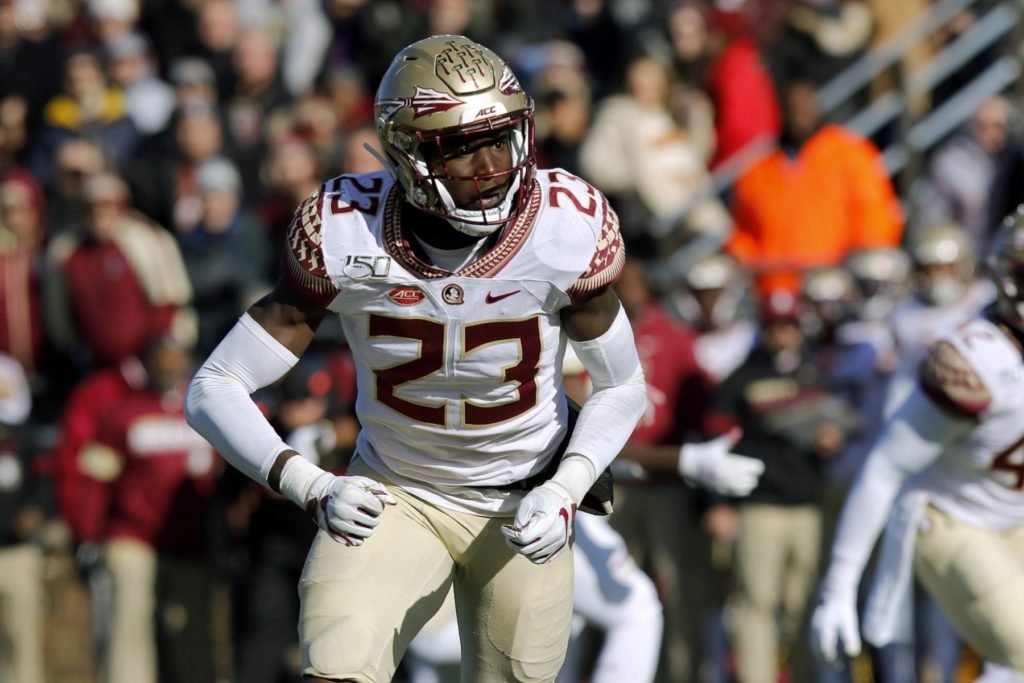 If you're looking for a menacing hitter and freak of nature at the safety position, Hamsah Nasirildeen should be at the top of your list. He's a giant safety at 6'4" and 215 lbs. with a muscular build and impressive athleticism. He's got exceptional length not only with overall size but with his arms as well. He's a scary guy to get hit by in the secondary and is usually dislodging the football when he hits his mark. He comes in like a missile when making a tackle and does a nice job of hitting players legally without drawing a flag. He's got an impressive knack for punching the football out of a ball carriers arms and causing turnovers. He shows incredible awareness in zone coverage to recognize routes or a break down in an offensive play. His long arms minimize catch radius's for any receiver he's covering. He's at his best when defending the run where he can patrol the line of scrimmage and make a stop. He's got a great feel for blitzing and does a nice job of wrapping up ball carriers and tackling them. Zone coverage is his strength where he can roam and use his long frame to make every throw at him a difficult one. He's got good hands for a safety and has an incredibly high football IQ. He's an excellent tackler with good enough strength in his frame to bring down bigger ball carriers. Keeps receivers on their toes when he's roaming the center of the field and it's very noticeable when the receiver looks over their shoulder for him.

He's not as agile or rangy as most safeties are and could work on his footwork to improve in this area. Not going to be my 1st choice in man coverage on a slot receiver or #2 receiver and may be regulated to only tight ends and running backs in his career. Too often can let a deep route get by him which could also be attributed to his lack of good footwork. He's pigeon-holed as a strong safety with his lack versatility and his average skills and ability to play in man coverage.

He's the perfect strong safety in the NFL with his freakish size, excellent athletic ability, and ruthless run defense. He's got a high floor in the NFL if he plays the Kam Chancellor role on a defense where he can patrol the back end and play as an enforcer. I could also see a team draft him as a linebacker if he shows that he can command a defense. He's a great player to have when in need of improving run defense and his ability to cause fumbles should earn him some fans on a defensive coaching staff.