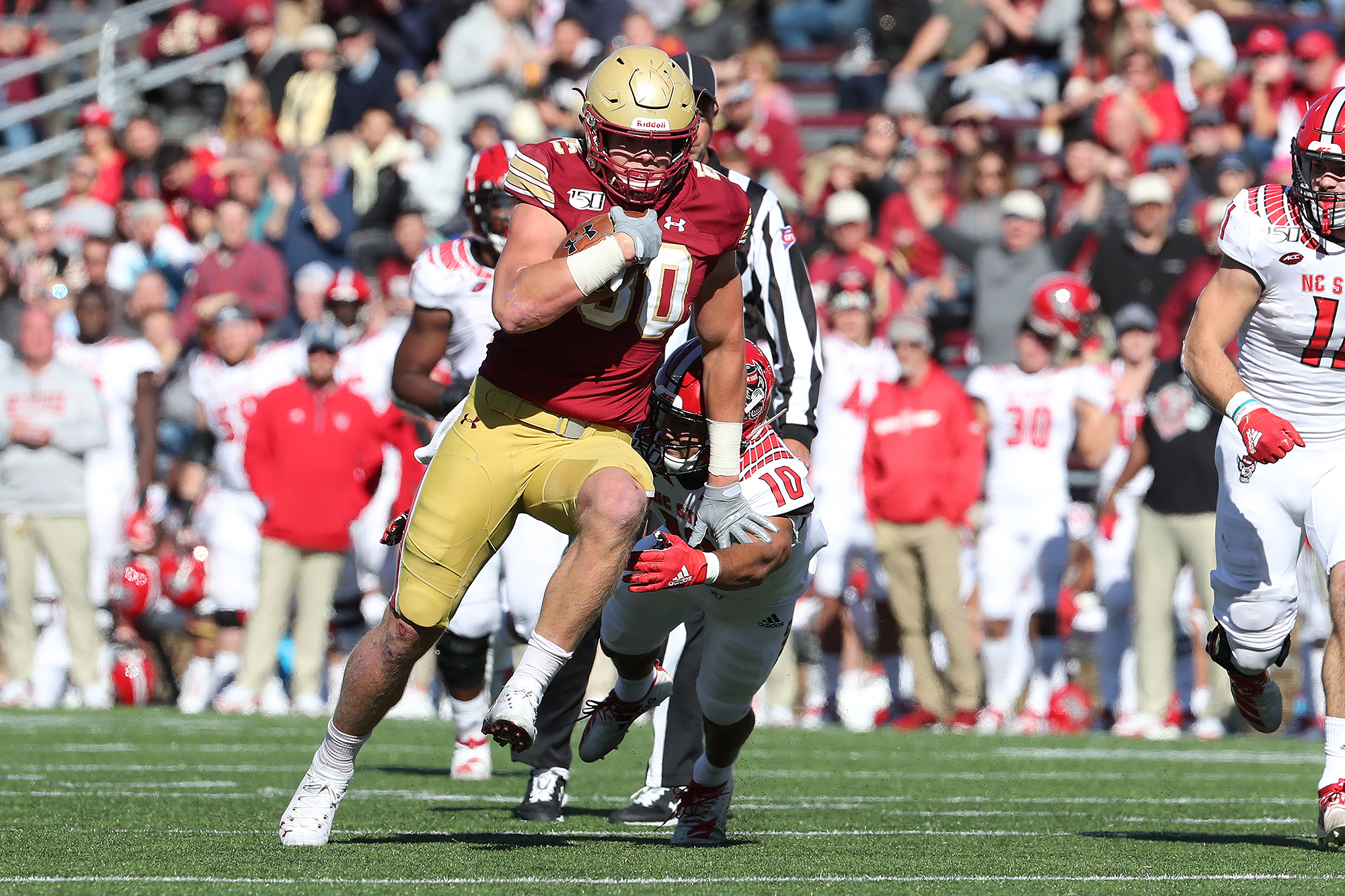 Boston College tight end Hunter Long was one of the best players on the Eagles roster and his skill set is sure to transfer over into the pros. He brings great size to the position at 6'5" and and 256 lbs. with excellent hands and a good sense for getting open. He is a very good athlete who has very good speed for his size and can be a load to bring down. He has very long arms and very big hands which gives him a very large catch radius. He does a great job of catching with his hands and refraining from using his body. He's as consistent as they come in this draft from the tight end position when it comes to catching the football with only a handful of dropped passes in his entire Boston College career. He's a very good tight end against zone coverage as he understands how to read coverages and find the open holes in a defense. He's a good route-runner that possesses a good route tree. He was used all over the field for the Eagles and was a fixture in their offense for the last two seasons. He's one of the best blocking tight ends in the draft who can line up on the line up with his hand in the dirt and take on outside linebackers as well as defensive ends. He's a very versatile offensive weapon with his ability to line up anywhere in a system which gives him a higher floor than most tight ends in the draft. He's a competitive player and brings a high level of toughness to the position when making plays in the middle of the field, expecting to take a hit.

He's not much of a factor after the catch as he mainly relies on his size to get extra yards. He doesn't possess any evasive maneuvers and is more of a possession player at the position. He's not as effective as you would think as a red zone threat and doesn't do enough to fight for the ball in the air at times. Doesn't do enough to separate in man coverage and is usually having to make circus catches in order to bring in the football. While he's a decent route-runner and clearly understands many routes, he's predictable in his breaks and lacks explosion in his cuts to give himself more room to haul in passes.

Hunter Long is a highly marketable player in the draft as his skill set and build are translatable in pretty much every scheme in the NFL and getting a tight end with his blocking skills is always useful. If he can add more finesse to his overall game as playmaker, he'll be a quality tight end in the draft.