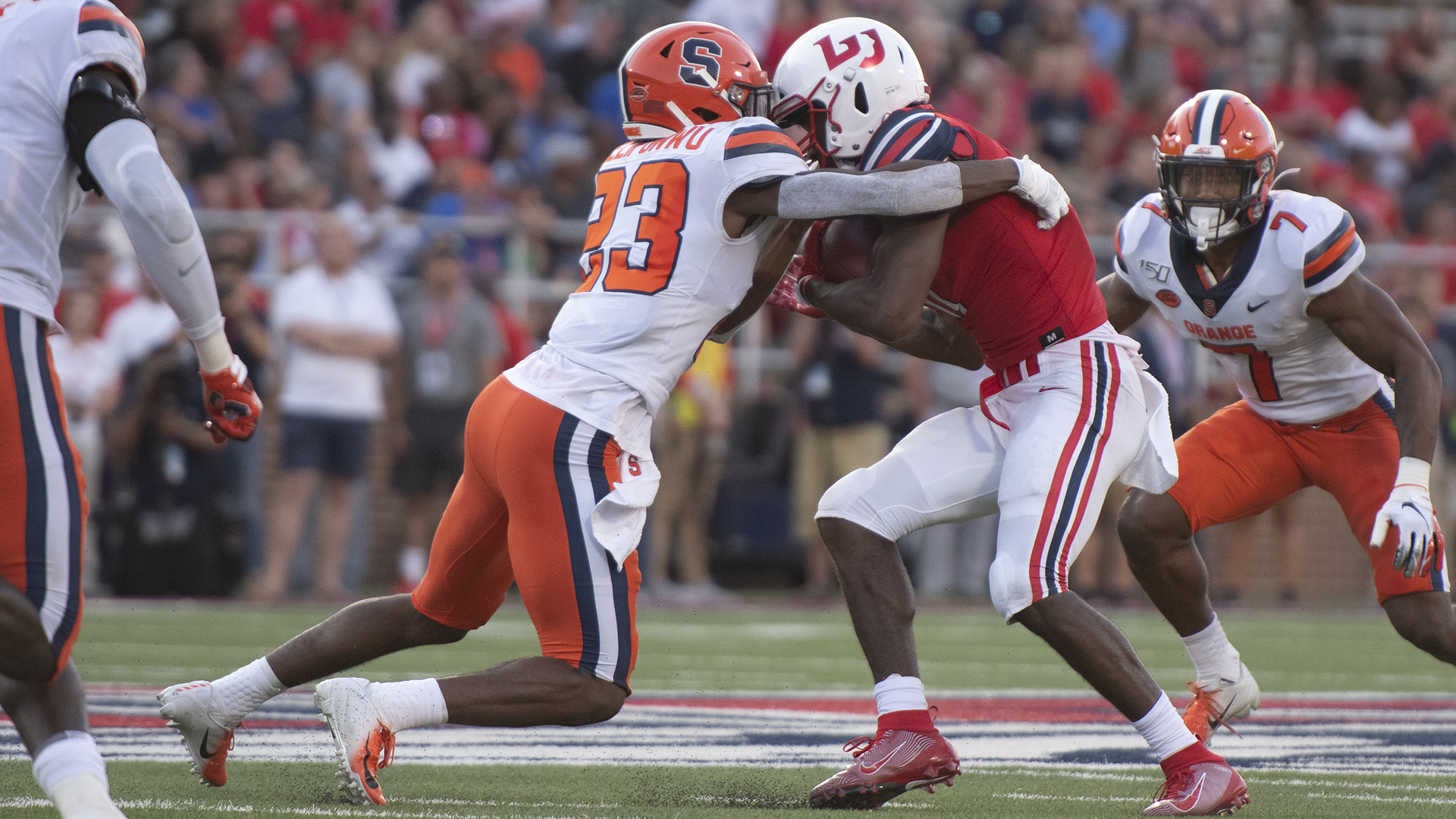 Syracuse suffered tremendous losses on defense early in the 2020 season with star safety Andre Cisco going down with a season-ending injury which left the door open for Ifeatu Melifonwu to have a tremendous season. He brings elite level size at 6'2" and 205 lbs. with exceptional athleticism and toughness. He's a very willing tackler as a cornerback with his size and has enough strength in his frame to bring down bigger ball carriers. He's willing to tackle head up, a rare trait of a cornerback, and does a nice job of wrapping up and bringing them down. He can play with some malice when either tackling a ball carrier or hitting a receiver in the air and has more than a couple loud hits on his resume. He's at his best when playing zone coverage as his lengthy frame, elite athleticism, explosiveness, and fluidity allow him to cover a vast area. He's quick to react to throws in his zone and does a nice job of getting his hands on the football. His length makes it a very tall task to throw over him and the passing windows shrink because of it. He's very explosive when attacking the football and can be an issue for receivers on contested catches. When he makes a mistake in coverage, he has the necessary recovery speed to still have a chance at the play. He has enough agility and quickness to hang with slot receivers that look for openings in zone coverage and proved to be very effective when combatting tight ends that bring size. His ability to play outside in press coverage is evident with his overall size and strength. He's very aggressive at the point of first contact and makes his receivers initially get off consistently difficult. He does a nice job of riding them towards the boundary line and can make catching passes difficult on the sideline. He plays with excellent competitive fire and has an alpha mentality on the field.

He has trouble in man coverage as he is still developing his ability to anticipate routes and stay in his receivers hip pocket. He can give up too much space in man coverage and be late on shallow crosses and hitches. He can bite on double moves and leave himself open for experienced quarterbacks to take advantage. He can be late when attacking the ball in man coverage and can lose sight of the football in the air. His ball skills are average but they are steadily improving with more reps.

He's a raw prospect as cornerback especially in man coverage which could be his specialty in the pros if he further develops. He's such a great athlete that even when he makes a bad read or is slow to react, he's still never completely out of the play. He'll need further development to be a quality starter in the pros and should find a starting role within his first few seasons with added experience.