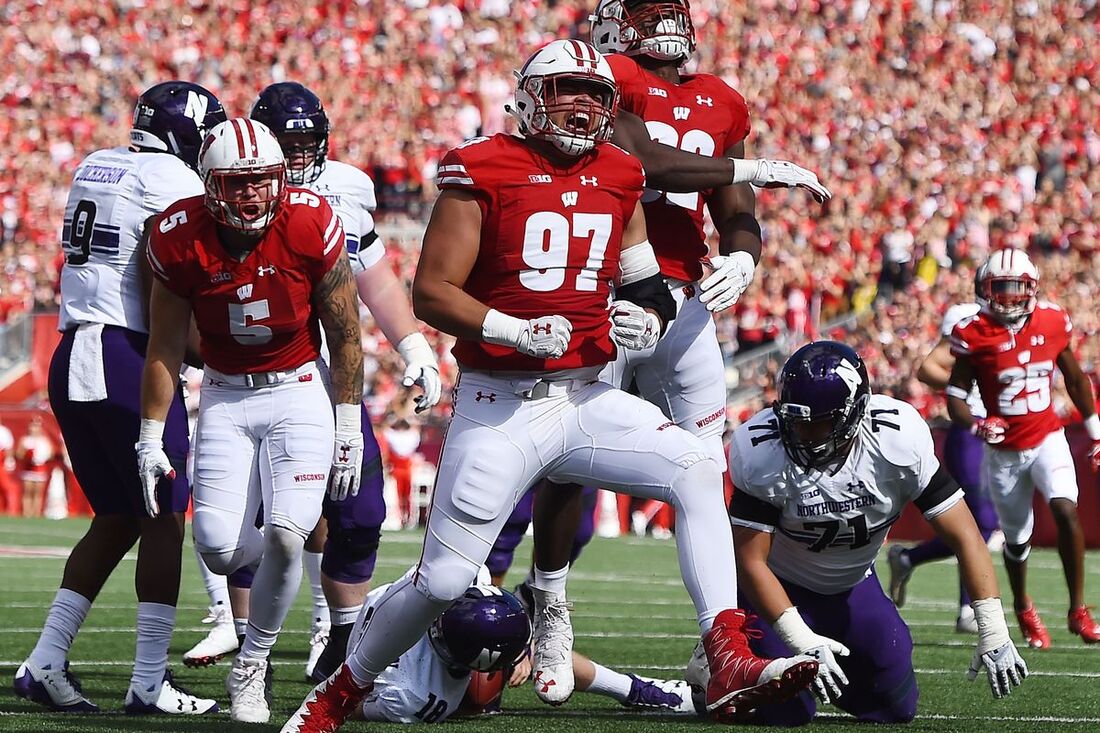 Isaiah Loudermilk might be the most intimidating defensive lineman in the draft and plays like an angry bull in the trenches. He's a mountain of man at 6'7'' and 305 lbs. with exceptional upper body strength and relentless motor. He possesses one of the better bulrushes and will drive offensive lineman into the ground if given the opportunity. He's got some wheels for a man his size and can do damage to an offensive if he shoots gaps. He does a great job of collapsing the pocket from the nose guard position and has experience lining up everywhere along the defensive line. He does a great job of getting his hands up to disrupt passing lanes with his immense speed. He's got a good explosion off the line of scrimmage and a powerful punch. He's got a decent swim move and a very good club and swipe move that is very difficult to block. He's very good at holding his gap in run defense and can be a difficult lineman to move off the line given his style of play. He's a great effort player and plays through and after the whistle.

His height is both a gift and a curse because offensive lineman get under his pads far too often. He's giving rides on his bull rush or he's going for one if a guard's hands get into his chest. He doesn't play with great pad level which is understandable given his size and will at times rely solely on aggression in order to make plays. He has no counter rush game and has no back up plan when he loses a battle. Not many pass rush moves in his arsenal and should look to add more in 2020.

He's a bull in a china shop on the defensive line that brings unique size and versatility to a defense and 6'7" defensive tackles can be big hits or big misses in the NFL. He's one of the more intriguing prospects in the draft and if he can impress coaches in workouts with his athleticism and technique, he'll find himself getting a call.