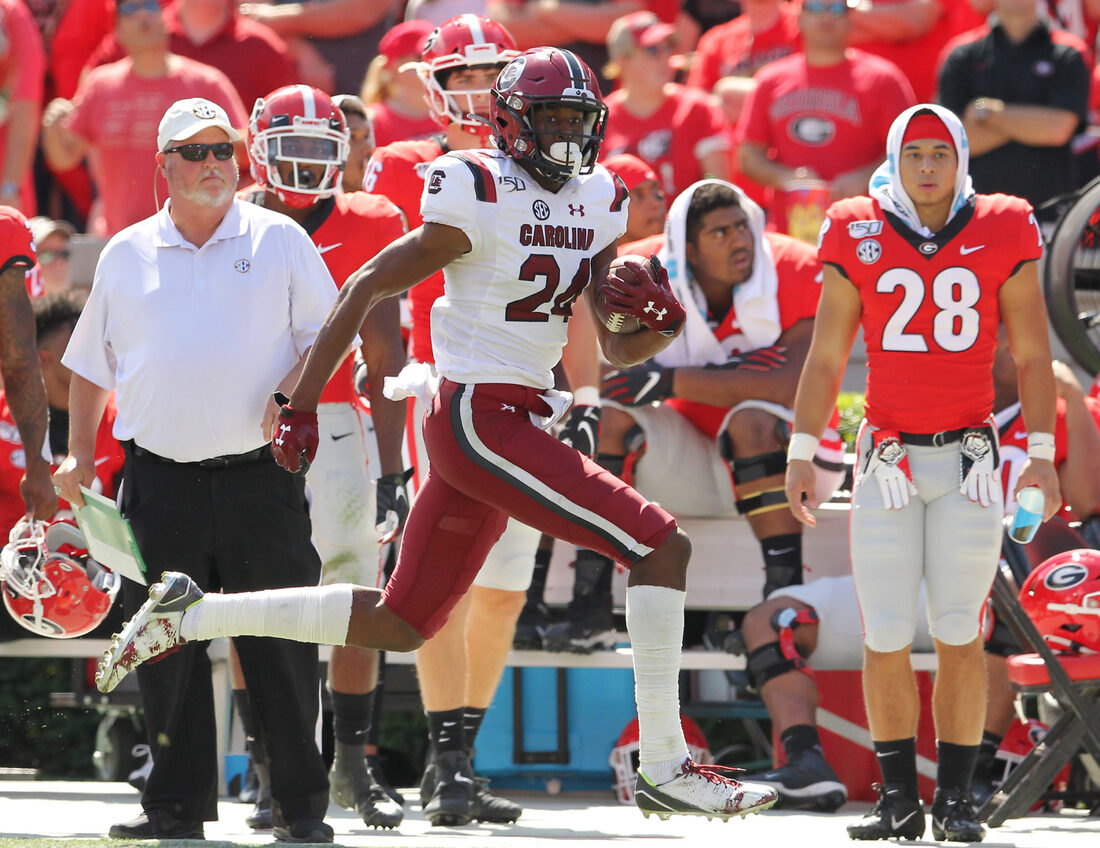 It's hard to find players with Israel Mukuamu's unique build to perform so well in college football and certainly be a player for all 32 teams in the NFL come 2020. Mukuamu is a press cornerback with extremely rare size at 6'4" and 205 lbs. with elite level length and he uses every inch of his build when in coverage. He's a bully and brute in press coverage that will exhaust receivers throughout the game with his power and size. He's very aggressive at the point of attack and when he sticks to you on a deep route​, you're done for that play. He's got lots of speed to keep up with receivers on deep routes and doesn't burn a lot. He's got some underrated agility for his size which can cause problems for bigger receivers in college football. He plays with the ultimate level of competitiveness and will fight till the very end of the play. Easily one of the best cornerbacks in the draft at widening out routes on the outside and will often run them out of bounds. He's got excellent hands to bring in interceptions and he has a feel for attacking the ball at it's high point. He's a 50/50 ball nightmare for offenses with his ability to either deflect any pass thrown his way or jostle the ball out at its high point. He's a redzone match-up nightmare for receivers and tight ends and basically cancels out his side of the field when manned up on anyone. He's a fantastic cornerback to have in run defense and is a menace of a tackler when he gets his shot. He's a great tackler with his long arms and aggressive style of play and has enough power to stop running backs in their tracks.

He could fill out his frame a little more to better withstand run defense in the NFL. He's not as explosive or agile as you would like a cornerback to be and suffers at times when reacting to receivers dropping in his zone. He's vulnerable to the quick and shifty route-runners in college football with their ability to change direction much faster than he can and if he doesn't get his hands on them and press them well enough he'll lose quickly. He's not going to ever succeed in the slot unless he gets paired on a tight end and he's strictly an outside cornerback.

He's as physical a corner as you'll find in the NFL and is going to be a must have for coaches who utilize press man corners. He's going to hit early in his rookie year because players with his gifts are very hard for wide receivers to deal with. He's likely a late Day 1 selection but he will need to replicate his production in 2020 to guarantee his selection.