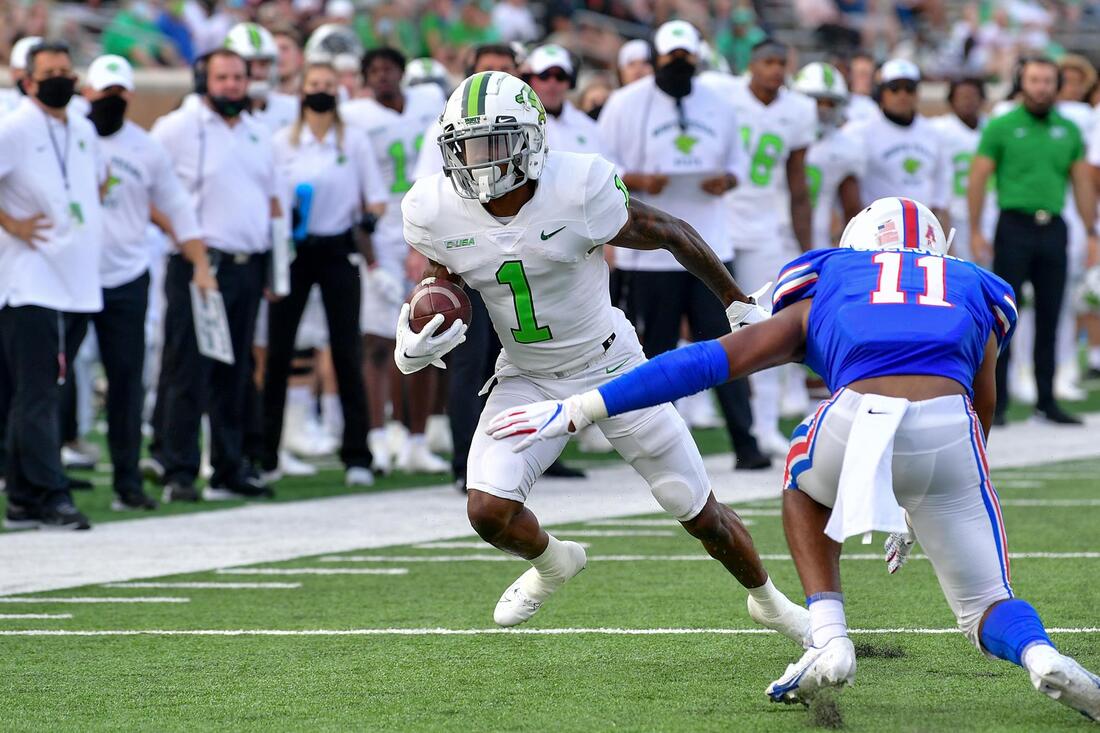 Jaelon Dardon made a name for himself last by putting on a show at North Texas and should find himself getting a call in April. At 5'9" and 175 lbs., Jaelon Darden is built for speed and agility which is exactly what he brings to the table. He's one of the most elusive receivers in the draft after the catch with highlight after highlight of him making defenders miss. He can stop on a dime and find daylight quickly after the catch and is a dangerous receiver to be left alone. He can take any pass thrown to him and make it a house call. He can make defenders miss with jump cuts, juke moves, stutter-steps, and spin moves and does a great job of using them effectively and consistently. He has great quickness in his routes and does a nice job of changing gears at the opportune time to better separate from his defenders. He has very good hands and does a great job of going after the football rather than letting it come to him. One vertical pass he does a great job of tracking the football in the air using his hands. He's very good at slipping tackles after the catch and is surprisingly strong for his size. He's a very smart football player considering that he switched positions, from quarterback to receiver, and has improved each year since the change. He's a fiery competitor and ridiculous worker as a player. He has the potential to be a very effective return in the NFL and should immediately be given the starting job on any special teams unit in the NFL.

He's not the best route-runner and his route-tree isn't very big as he mainly survives off his athleticism. He doesn't possess much of a catch radius and isn't going to be a factor on contested catches. Press coverage will be a problem for him in the NFL as he doesn't know how to break away from defenders that get their hands on him early. He's not going to be an outside threat in the NFL and is going to have to thrive in the slot. He's going to bulk up in the pros in order to withstand the punishment of the NFL.

Jaelon Darden is an incredible playmaker who's a big play threat every time he touches the football. He's going to have to hone his skills a bit more to find consistent success in the pros but with his work ethic, anything is possible. He should turn into a quality return man and eventually a starting slot receiver.