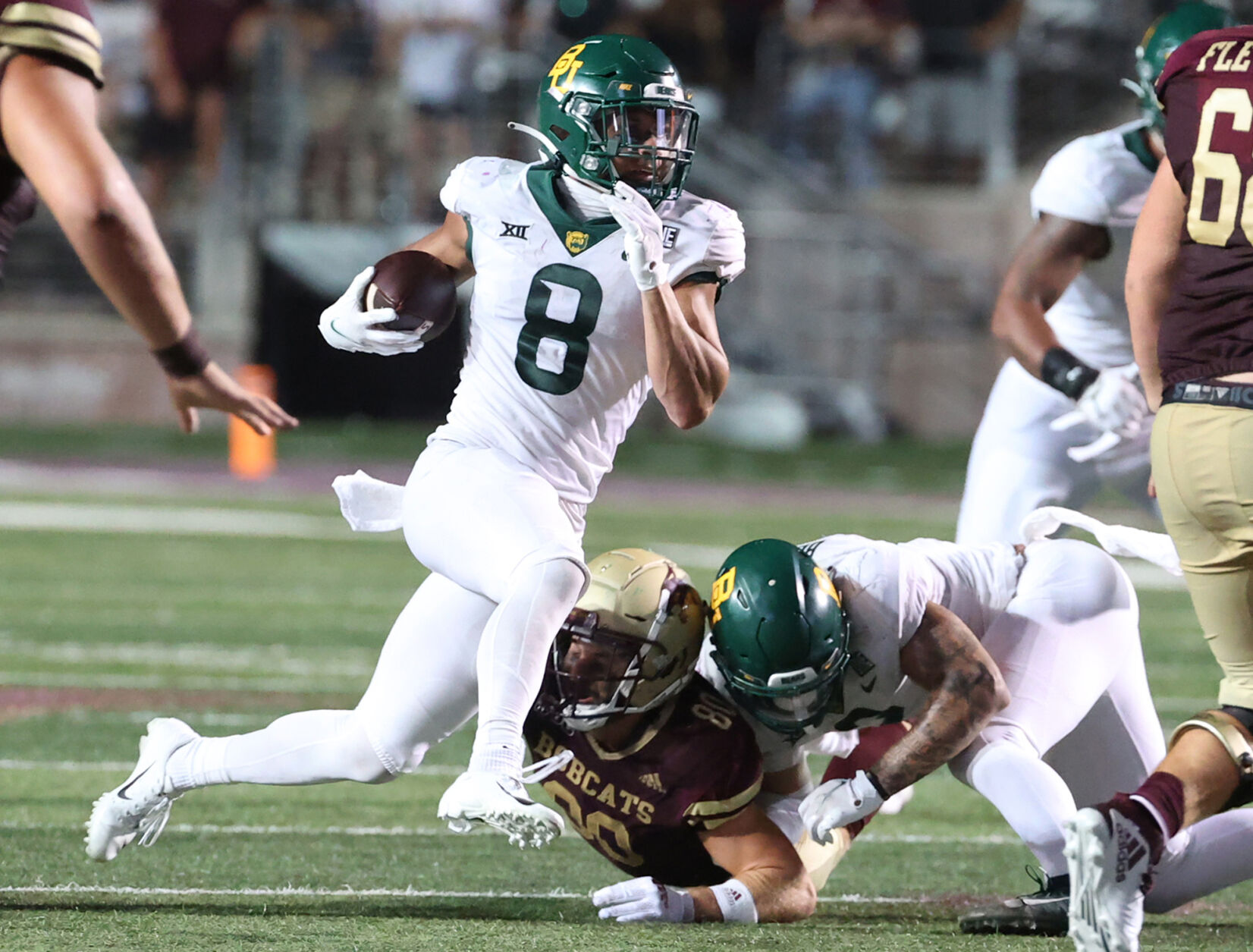 Photo by Roy Aydelotte-Tribune-Herald
The Baylor Bears in 2021 were a very good team in 2021 that was led by tremendous secondary and the best player on Baylor in 2021 was safety Jalen Pitre whose play the last two years has certainly earned him plenty of well deserved praise and acclaim from NFL scouts. At 5'11'' and 200 lbs., Pitre brings excellent athleticism, rare versatility, and exceptional toughness. Pitre is an extremely explosive safety prospect in all phases of the games and many scouts probably look at him as a potential Tyrann Mathieu level prospect coming out of college. In zone coverage, he's proven to have elite range at the safety position and certainly made life very difficult for quarterbacks throwing in his area. He has exceptional instincts in zone coverage and rarely is out of position or taking false steps in coverage allowing him to always be in the vicinity of potential receivers. He takes great angles on passes when jumping routes and if he's late to his mark when attacking the football, he's very good about trying to dislodge the football for incomplete passes. He's not intimidated by bigger receivers or tight ends in zone coverage and makes sure that they work for every catch that he's a part of. He's quick to read routes in progress and diagnose where the quarterback wants to throw the football and ensures that he covers his man like a blanket when his lightbulb goes off. In man coverage, he's proven to have straight line and fluid speed as a safety and when he has to cover receivers 1-on-1, he's proven himself to be very capable to stick to his man in coverage. He's not grabby in his man coverage and is very good at contesting catches thrown his way. He has excellent ball skills at the safety position and despite limited bites at the apple in coverage, often because he covers in the shallows and does it very well, he's still capable of intercepting passes that he has a chance to come down with. He's also very good about fighting through contested catches and forcing receivers to drop passes and had great success in 2021. In run defense is where Jalen Pitre has made his money at Baylor and it's where NFL teams are certainly excited about his potential in the pros. He attacks the line of scrimmage as a blitzer with pure ferocity and explosiveness that made a fixture in the offense's backfield. His days at linebacker have allowed him exceptional insight into weaving through blockers in the line to come out clean. He's an elite blitzer regardless of position on defense and has had tremendous success squeezing through gaps in the line or rushing off the edge as a corner blitzer. He's a Tomahawk cruise missile as a tackler and he's delivered tremendous hits to ball carriers in his Baylor career. He does a great job of wrapping up ball carriers when making tackles and is very good about bringing down his opponents quickly. He attacks the football and tries to cause fumbles every chance he can and his 3 forced fumbles in 2021 show that he has a knack for making plays. He's as versatile a safety as you can find in the NFL draft with snaps all over the defense and this is a testament to both his high football IQ and off field studying of the game. He's as competitive as a player can be and his work ethic has no bounds. He's a motor player who was the leader of a very good Baylor secondary in 2021 and teams can be assured that he'll mesh well with players in the locker room.

He's a little slight in his frame at 5'11" and 200 lbs. to be consistently playing in the box for his Baylor Bears and I worry about his longevity once he starts to attack NFL trenches. He's tight hipped in man coverage and it affects his ability to stay with his receiver. He has struggles with defending slot receivers in man coverage that win with strong route-running and quickness and more reps in the slot will be needed to get him up to speed. His heat-seeking missile style of tackling can often be hit or miss when attacking the line of scrimmage and too often has found himself on the wrong end of a read-option. Due to his previous seasons at linebacker, Baylor appeared to use him more often in the box making play in run defense rather than covering deep and may need heavy coaching in training camp if a team wants him to play single-high safety. He can go for the bone-crushing hit far too often rather than wrapping up and bringing down, however this is a relatively rare occurrence.

Jalen Pitre gives me poor man's Honey Badger vibes coming out of college and any team looking for an impact player at the safety position needs to have him as high as a Day 1 selection. He was a late riser after the senior bowl after impressing scouts and teams with his play and I would be shocked to see him fall out of the top 50 picks in the draft. If he can add about 10+ lbs. to his frame and continue to work on his coverage skills a team could have an impact starter in his first two years of the league and I certainly can see a pro bowl in his future if he continues to hone his craft.