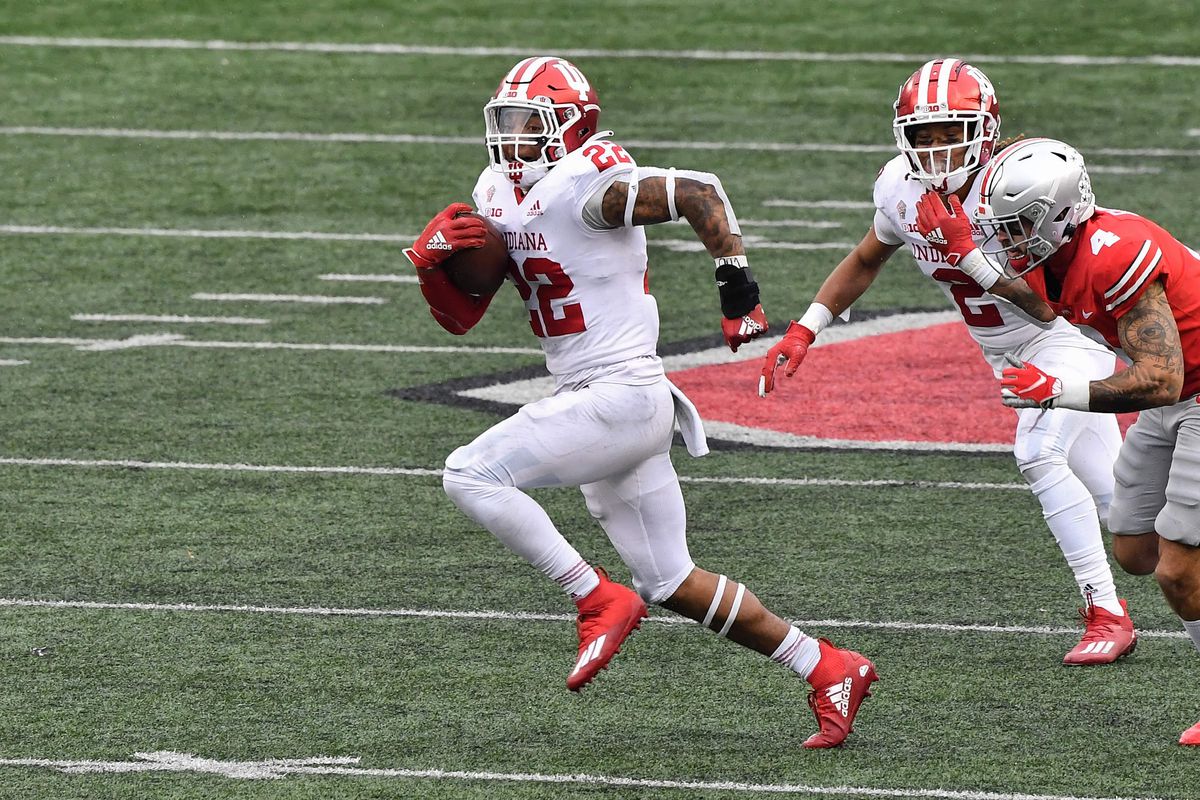 Indiana is more known for being a legendary basketball school but they occasionally produce a quality NFL prospect and Jamar Johnson is certainly that guy in 2021. He brings great size at 6'1'' and 200 lbs. with very athleticism and excellent toughness. He's an explosive individual in the secondary who charges hard on the ball when he sees. He's very good at reading the quarterback's eyes and attacking where he's targeting. He's quick to attack throws and has more than enough explosion to get to his target. He has the length and hops to make any pass in his direction a contested catch and his scrappy style of play at the ball usually forces incompletions. He's very instinctive in zone coverage and does a good job of reading passing patterns and anticipating throws in his direction. He's a malicious tackler that looks to punish receivers that cross over the middle. He's a head on collision tackler in the game and has on more than one occasion ran through running backs that have at least 15 lbs. on him. He's very versatile in coverage with many reps playing outside corner as well as safety and should have little issue playing each position. He takes great angles when tackling and does try to strip the football when he sees an opportunity. He has excellent ball skills and really showed in 2020 that can come away with tough interceptions. He's a quality blitzer whose slender frame and explosiveness allows him to sneak through cracks in the lane and wreck plays. He has good range as a safety and rarely has found a pass that he couldn't get close to. He has enough explosiveness and length to cover tight ends in the slot and run with them up the seam. He plays with a high football IQ and he possesses the instincts necessary to quickly grasp the speed of an NFL defense. He's a very competitive player and has an edge to him on the field that his teammates feed off of.

He can be too eager to go for the hit instead of the tackle and when he engages ball carriers and his lack of over size and strength in his slender frame can cause him to go for rides. He can be inconsistent with his burst on routes and be a tad late on throws. He has the tendency to play through receivers when going after football and could draw flags in the pros. He has trouble wrapping up at times and usually needs back up in this regard. He can be too late to make a play in run defense and find himself chasing rather than pursuing.

He's a talented safety whose style of play will entice NFL defensive coaches to fall in love with him. He's a great athlete that uses his head as much as his body on the field. If he can improve his tackling and hone his ability at attacking football, he'll find a starting role in the NFL very quickly. He's a rookie starter in his career and could develop into a quality starter.