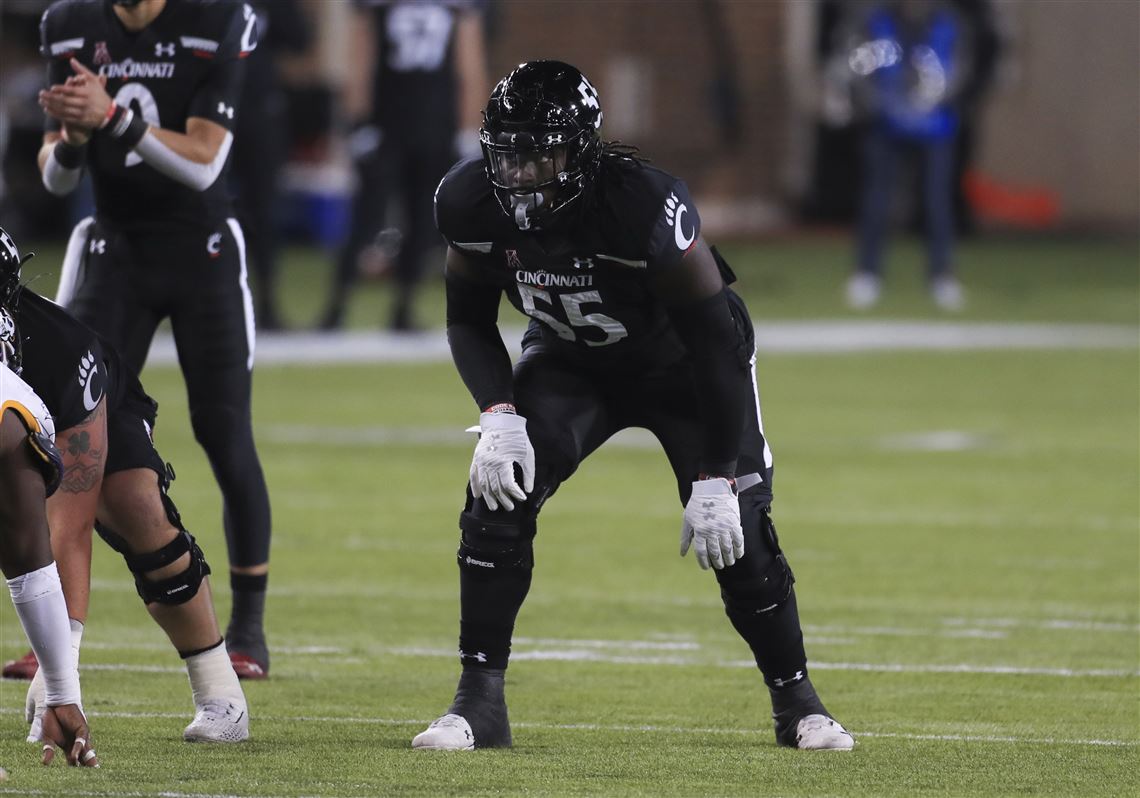 James Hudson had a breakout season in 2020 and really held his own against Georgia in the College Football Playoffs. James Hudson brings prototypical size at 6'4'' and 310 lbs. with good length and great athleticism. He was originally recruited to play defensive line but made the switch to offensive tackle when that wasn't working out and hasn't looked back. He has very long arms that bring exceptional power as well as very strong hands that can turn into clamps when he has a good grip on his guy. He explodes off the line of scrimmage in the run game and is usually driving his man out of the play quickly. He's a headhunter at the offensive tackle position in the run game and is always looking to make the huge block in the open field. He's very capable of reaching the second level and can be a wrecking ball when he gets there. He's a very agile offensive lineman that can move laterally or horizontally with ease. He possesses great balance and knows how to sink his hips and halt a bull rush effectively. He has more than enough ability to mirror his defender off the edge as well as enough power to toss or throw them when they leave themselves vulnerable.

James Hudson III is the very definition of a project at the offensive tackle position considering has only played the position for a year. Hudson III plays offensive tackle like a defensive lineman would and while it breeds a level of explosion and nastiness rarely seen at the position, it has a great deal of drawbacks as well. He has terrible hand placement when punching and engaging his defender in both pass pro and run blocking as he's always attacking outside the numbers. Too often is holding on to his man when driving them out of the play and it has led to flags on numerous occasions. He's very high in his stance which leads to him playing top heavy, leaving him very susceptible to bullrushes. He's a very bad hand fighter who often succumbs to pass rush moves which forces him to recover his ground. He can be susceptible to twists and stunts to his inside gap as he still has trouble identifying them and he doesn't know how to properly react to them. He can be way too eager to blow up a defender and it leads to him getting kicked out of the playoff game versus Georgia, a game in which Cincinnati lost because of a great game from Georgia edge rusher Azeez Ojulari.