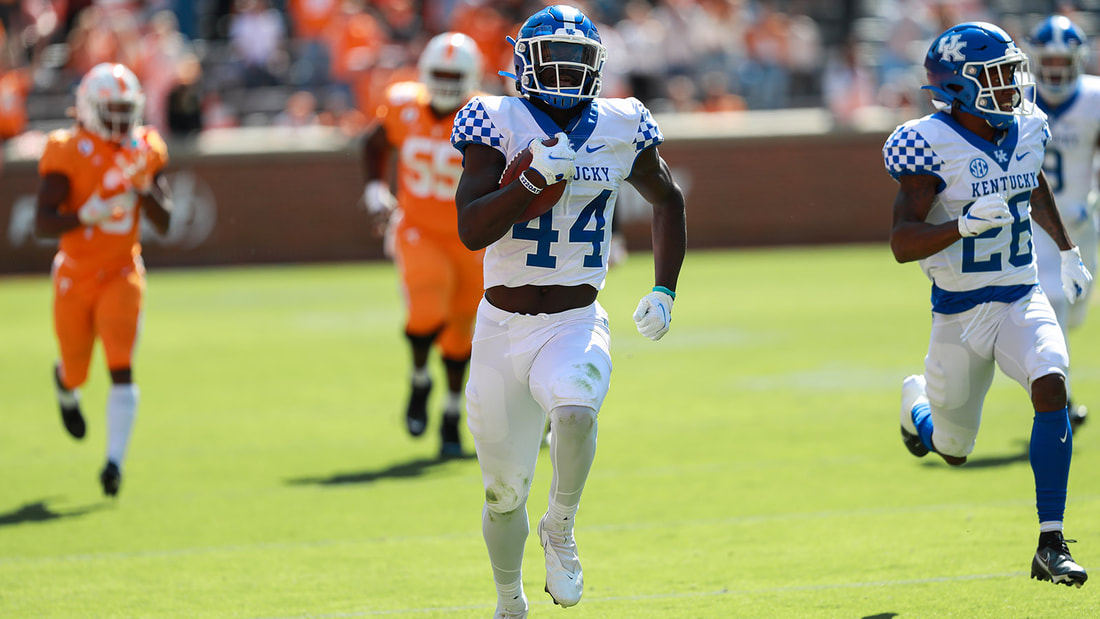 One of the best coverage linebackers during the 2020 season and earned himself a great deal of interest from all 32 teams. He's built with excellent size at 6'4" and 230 lbs. with phenomenal athleticism. He's a rangy linebacker with enough speed and agility to play sideline-to-sideline. He's excellent in pursuit and can run down running backs when he has an angle on them. He has strong hands to latch on and make tackles and has one more than a few occasions smacked a ball carrier in an effort to jar the ball loose. He was an excellent spy linebacker when they lined him up in that and made quarterbacks think twice about leaving the pocket. He has good power at the point of attack and can halt a runner in his tracks when in a head on collision. He's, as mentioned before, a menace in coverage who's going to cause headaches for quarterbacks early in his career. He's very instinctual in coverage but has yet to be faced with a player that can beat him with athleticism. He does an excellent job of covering ends up the seam and rarely isn't a factor on jump balls. He can change direction on a dime and adjust his body to disrupt passes. He gets his hands into his opponents catch radius and interrupts catches with ease. He has very good hands as a linebacker and should always be considered a threat to pick off passes. He has excellent length for a position and exceptional potential to be a blitzer in the NFL.

He only has started 11 games in his career and his lack of experience has shown up in games, especially against the run. He can make bad decisions when attacking the line in run defense and usually gives chase on runs. He hasn't shown enough ability to make plays in the trenches and can look reluctant at times to engage blockers. It was surprising to see that Kentucky didn't use him as a blitzer much given his speed and may take heavy coaching in the NFL to get him there. His instincts are questionable at times as he can be late when attacking run plays. When he gets blocked he lacks the technique and power to shed and tackle. He can tackle too high at times and give up second effort yards by a running back.

He's a phenomenal athletic specimen at the linebacker position and it's a shame that Kentucky didn't give him a starting position until this year. He's a raw prospect as a linebacker and has a way to go before being a consistent player in the pros but he's only scratching the surface of his potential. If put on a defense and allowed to make and correct his own mistakes early, he could be a very special player.