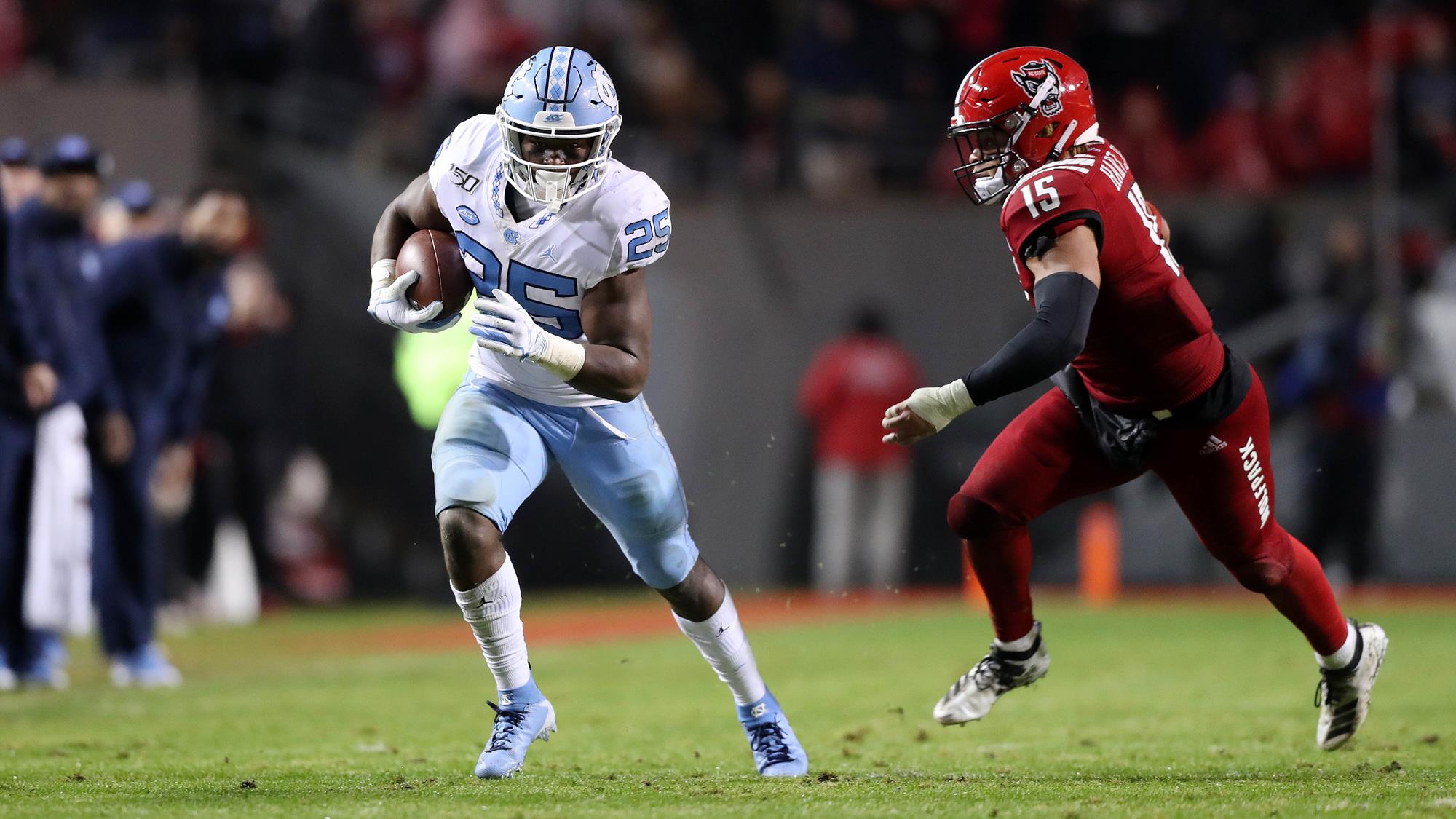 Javonte Williams in 2020 has been one of the best running backs in college football and is going to find himself flying up draft boards if continues his success. Williams brings prototypical size to the position at 5'10'' and 220 lbs. with lots of muscle and explosion in his frame. He possesses excellent ball carrier vision which allows him to pop through holes that the offensive line creates. He's a tackle-shredder and bruising running back who's going to create problems early for NFL teams that can't get a grip on him. He's very creative in the second level, often cutting his runs opposite the defender which allows him to get them off balance and break away. Utilizes a good stiff arm and has excellent patience when attacking the line. He can get to top speed quickly once he sees a hole and he can break away from defenders in a foot race when he has a head start. He's a tough and violent runner in the trenches and shows no fear when facing a tackler head on. He has decent hands and has the potential to be a 3rd down back with his ability to catch passes and pick up yards quickly. He's good at making defenders miss in the phone booth and does a great job  of falling forward when getting tackled. He's good at getting his hand down and keeping upright when his legs get chopped or knocked off balance. He's been very consistent in college and rarely finds himself having a play or a game that is out of the ordinary. He gives immense effort on every play and is going to earn some fans among running backs coaches in the NFL. He's been an excellent redzone back with his ability to run between the tackles and burst through holes.

He's not a great blocker but he's fearless when engaging defenders. While he has shown the ability to catch passes out of the backfield, he simply hasn't done it enough for teams to  trust fully as a 3rd down back. He lacks the break away speed that the elite level running backs possess and while he's difficult to tackle from behind, he is still susceptible to getting tackled. He has played on a very good offense that features an excellent receiving corps and passing attack which has freed up holes for him as defenses can't pack the box against him. He plays in a running back tandem with Michael Carter who is more of a burner than Williams.

​Williams style of play is reminiscent of Le'Veon Bell when Bell came out of college and that should get teams excited about his ceiling as a player. His work ethic and toughness in the run game have made his Tar Heels one of the best teams in college football this year and his ability to pick up the tough yards has been the bedrock of a potent offense. If he can dominate the combine and show that he has break away speed, expect his draft stock to soar.