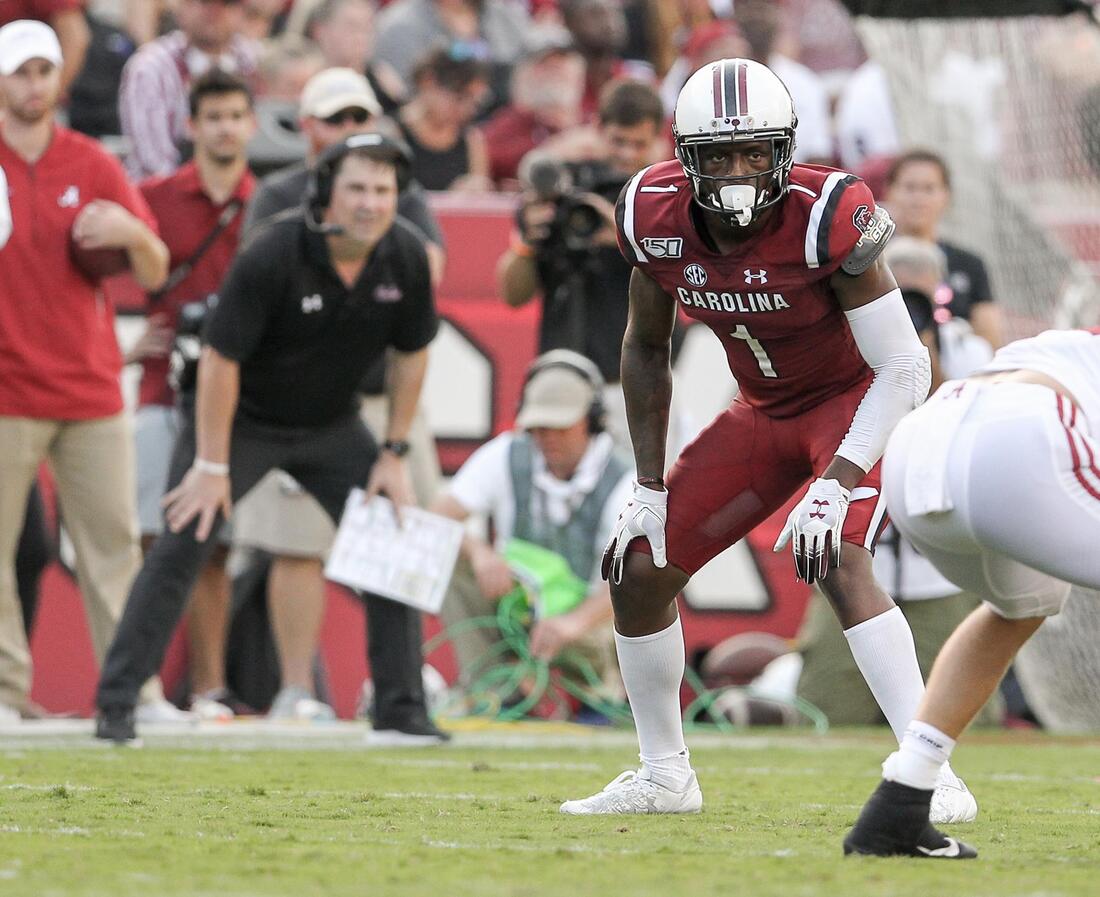 Jaycee Horn has turned a lot of heads in 2020 with his stellar play in the Gamecocks secondary and his draft stock is currently soaring. He possesses an elite build at 6'1" and 205 lbs. with long arms and muscular build. South Carolina employs a defense that revolves around press coverage corners and Jaycee Horn fits that role perfectly. He's very aggressive at the point of attack and doesn't let his receiver get a clean get off the line. He has NFL Bloodlines with his dad being former 4x pro bowl receiver Joe Horn. He's very active with his hands and does a good job of getting into his receivers pads and thrashing them off their route. He has really improved his footwork this year and has cleaned up his technique when it comes to making moves on passes and minimizing false steps in coverage. He keeps his eyes towards the quarterback and takes good angles when bursting on the pass. He possesses great long speed and rarely finds himself getting out run by receivers. He's very competitive and gives immense effort on the field and ever backs down from challenges. He plays up to his competition and when the lights are brightest, he's at his best. He's a vigorous defender on jump balls who will make any 50/50 a difficult one to pull off. He's very explosive from a standing position in coverage and rarely finds himself being late to the ball. His zone coverage skills are very good as he knows how to judge routes as they happen and times his jumps on routes very well. He dominated in the 2020 game against Auburn and was easily the best player on the field.

While he's very good at jumping routes, he rarely goes after the interception which will need to be corrected in the 2020 season, assuming he declares for the draft. He's not a good tackler and doesn't commit to run support enough which will need to be corrected in the NFL. He suffers from what most corners his size struggle with and that is facing receivers that can elude him with agility and route-running. He struggles at times in man coverage on slant and go's and is prone to biting early and letting his man run by him. He has benefitted quite a bit from playing opposite of Israel Mukuamu, although he played without him against Auburn and dominated. He can get a little handsy down the field, as all press corners do at times, and can cost his team at times.

He's one of the best pure press cover corners in this draft and his size and athletic ability make him an intriguing prospect. If he can prove in workouts that he can anticipate short routes better as well as show that he can catch passes. He shouldn't have to wait very long on Day 1 to hear his name called.