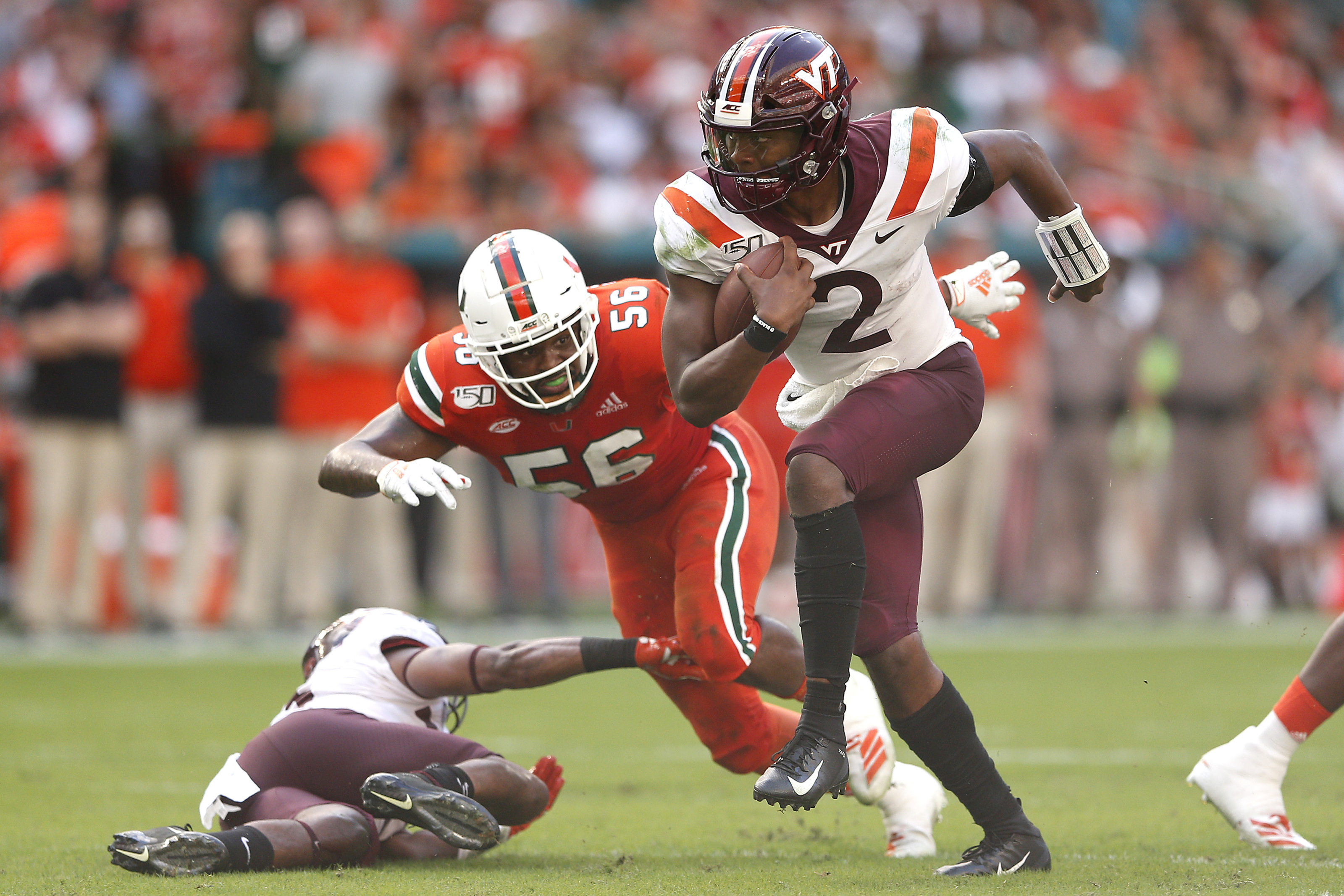 Photo by Michael Reaves-Getty Images
Jermaine Waller was one of the bigger surprises of the 2021 college football season after missing 2020 due to injury and earned himself plenty of praise from scouts and coaches. At 6'1" and 180 lbs., Waller brings great size and length to the cornerback position. In man coverage, Waller plays with great patience and focus at the snap in order to recognize routes. He has good quickness and agility in his lower half which allows him to change direction and stay with shifty receivers on shallow routes. He has good hip flexibility and turning up field to cover deep balls isn't an issue when he times his flip right. He doesn't bite on stutter steps at the line and doesn't get too aggressive with his hands in coverage, avoiding pass interference calls that could hurt his team. He has excellent footwork and technique in man coverage when it comes to tracking his receiver and sticking to his man all over the field and distinguished himself as the clear #1 corner on the team in 2021 because of it. In zone coverage, he plays with a high football IQ and patience. He has good route recognition at the line and understands how to diagnose where the quarterback wants to go with the football. He shows decisive movements in zone coverage to limit false steps and allow himself to be in a position to make a play. His excellent length in his arms and good size force quarterbacks to arc throws over him and create tighter throwing windows. He has good explosiveness in his feet to get to the football quickly and make a play, whether that be making tackles or attacking the football. In press coverage, he plays with excellent aggression at the line and does a nice job of forcing his receiver out of bounds early. He does a nice job of using his length to leverage receivers off their route and make the road on their route bumpy and uncomfortable. He has tremendous ball skills at cornerback and really showed his ability to come away with the football. He has good hands for a cornerback and when contesting catches, he's highly aggressive and will try to rip the ball away. He does a great job of sticking his hand into the catch point in order to deflect the football and has a knack for attacking the football at it's highest point. He is a decent tackler and a surprisingly good blitzer at cornerback which could get NFL defensive coordinators excited heading into the draft. He has played some snaps in the slot and while I don't think that's his position in the NFL, it shows his versatility as a prospect. He's a clutch football player who will play his best when the lights are brightest, showing little fear of pressure. He plays with great competitive fire and high effort on the field and it has proven to energize his teammates on defense.

Jermaine Waller is an average athlete on the field when facing more athletic receivers, he can struggle. He's undersized at 180 lbs. for his height and his lack of strength on his frame is very evident when playing press coverage against receivers that have a size advantage against him. He has issues with riding his receiver towards the boundary line if they possess more power in their frame and jamming his receiver at the line as well with a size disadvantage. He doesn't take great angles when making tackles or attacking the football in their air and needs to time his jumps perfectly to make plays. He doesn't possess great range in zone coverage and, again, has to rely on excellent timing in order to make plays for his team. Most of his interceptions have come on bad passes in his direction that he hardly has to move for and while that doesn't mean he can't jump routes and pick off passes at their highest point, his production in that interception column is a little inflated. Waller had a season ending injury in 2020 for Virginia Tech and has had more injury issues in 2021.

Jermaine Waller was Virginia Tech's best defender in 2021 with his shutdown coverage skills on the outside and ability to come away with the football when his team needed it most. While he doesn't bring the athletic profile other corners in the draft bring, his highly polished technique and competitive effort has shown that he can overcome such deficiencies. His high football IQ and potential scheme versatility will probably entice a few defensive coordinators because teams never can have a shortage of smart and technically sound football players and if he bulk up and hit the track and field for a couple offseasons, he could be a quality player in the NFL.