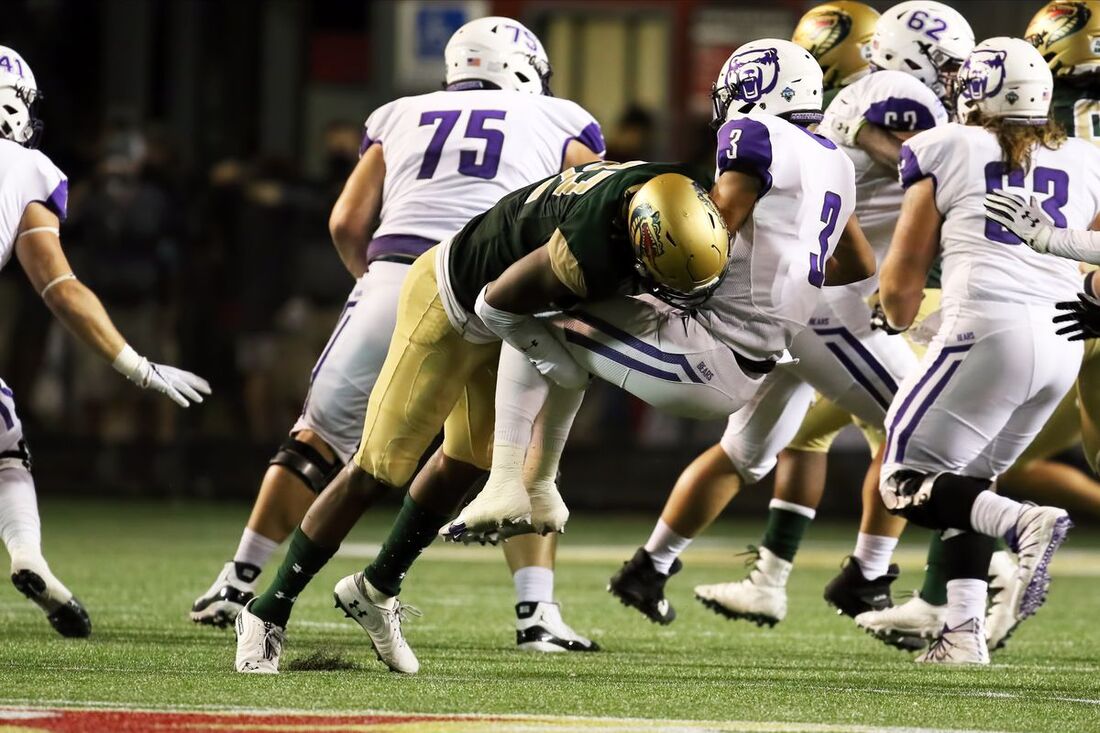 University of Alabama-Birmingham rarely ever finds it's players make it on to scouts radar but Jordan Smith has turned some heads over the past couple seasons with his ability to rush the passer. He's certainly built like an edge rusher at 6'6" and 255 lbs. with a lot of length and great athleticism. He's very explosive out of his stance and when he times the snap right, he can go untouched into the backfield. He's very flexible and is a loose and fluid athlete which has made him so deadly off the edge for the Blazers. He flashes great technique as a pass rusher with a wide variety of moves such as swim move, club move, push-pull move, and a bull rush. He can bend the edge effectively with his speed and flexibility and showed at the senior bowl that he can do it at will against offensive tackles that can't win with athleticism. He has good pop behind his hands and has more than enough length to get into a lineman's pads and uproot them. He plays great pad level for his size and knows how to win matchups using leverage. He has strong hands and rarely loses his grip, either when bull rushing and making a tackle. He's got some very good agility and speed to his game and was trusted with playing as a spy when the quarterback was a threat to take off and run. He's not an edge rusher that ball carriers ran away from much in college and is a n excellent pursuit player when attacking from the other side of the field. He does have the instincts to go after the football when making a tackle and has found mild success at stripping the football. When he has a clean shot on a ball carrier he will levy them which shows an admirable amount of aggression. Offenses in the CUSA conference were afraid of him to the point that they would run plays away from him and try to trick him. He brings immense effort on every snap and plays with a relentless motor all game long.

He mainly survives in college football using his elite level athleticism against lower-level competition and his athletic traits are so far ahead of his compatriots that his production almost looks underwhelming. He doesn't have much of a counter game to speak of and really never showed at UAB to have a back up plan when his initial move failed him. He has bad instincts in run defense and his ability to read plays and react accordingly is underdeveloped. He's too often chasing plays from behind rather than meeting them at their apex. He "flashes" good pass rush technique and ability but he has trouble with stringing them together and using the same form consistently. He can miss time snaps on occasion and find himself being late off the line. He fell for fakes and play action too much in college and will need to develop his overall football IQ if he wishes to succeed in the NFL. He possesses a lanky build for his size and it can be difficult for him to hold up in run defense.

Jordan Smith is a small school project that has terrific potential if a coach can develop him correctly. Unless he spends more time in the weight room, I think his best fit is as a stand-up pass rusher where his speed and flexibility can create problems for offensive tackles that can't keep up with his ability. He's a late round project that's going to need time and reps and some plays as a situational pass rusher. He has the potential to be a quality player, but he has a long way to go.