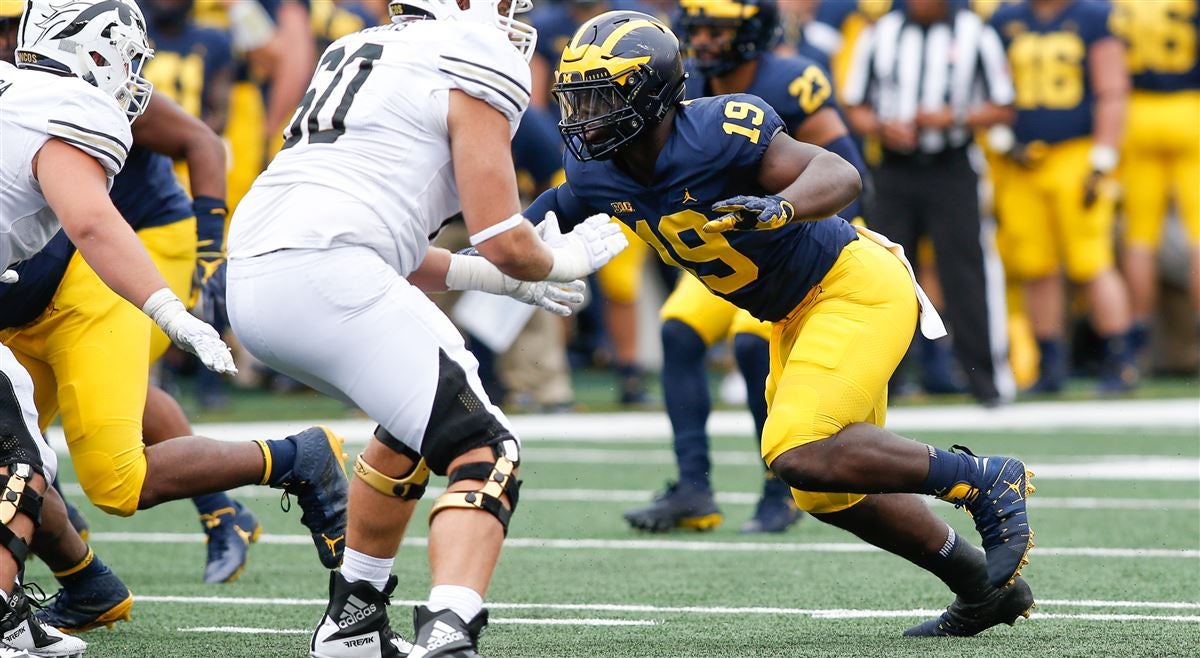 Michigan State has been a factory for NFL defensive lineman over the past few years and Kwity Paye is likely to be the next model off of the production line. He's a thick chiseled 6'4" and 277 lbs. with a lot of power and aggression to his game. He's a bulldozer of a defensive end with a lot of power in his upper body and plenty of explosiveness in his arms. There isn't a defensive player in this draft that's a freakier athlete than Paye, ranking #1 on Bruce Feldman's college football freaks list. He's got excellent quickness in his feet to keep his chest a moving target on pass rushes. He possesses unreal speed for his size to go along his elite level explosion and his ability to hit top speed is very unique for a man his size. He showed much better ability to read and pursue ball carriers. Excellent pad level out of his stance and a very good first step at the snap of the ball. He has lined up in the interior of the defensive line and on the edge from both the stand-up linebacker stance and with his hand in the dirt. He's a vicious hitter of a defensive lineman and will ring a quarterback's bell if he gets a clean shot on them. Does a great job of holding his edge in run support and rarely takes the bait on read options. He plays with exceptional competitiveness He utilizes a very good side step pass rush move to break into the inside of an offensive tackle and does a good job of getting into an offensive tackles chest and waking them into the quarterback on a bull rush. Played sparingly last year and in one of the few games he started against Iowa he dominated their offensive line, showing the potential to be a game wrecker. He has a natural feel for finding open holes on an offensive line and is a tremendous player to have stunting into the inside of a line.

Short arms have been his biggest weakness so far in college football and will become more of a problem in the NFL.  He very much lacks flexibility in his approach to pass rushing and will probably pigeon hole him as a 4-3 defensive lineman. He doesn't have a big repertoire of rush moves and it's evident when facing some of the better offensive tackles in college football. No counter moves when things break down which can at times leave him obsolete in a pass rush. Not much production in college football was a problem leading up to 2020 and opting after only 4 games likely won't do him any favors either.

He's a prototypical 4-3 base end and I think he's likely to find most of his success from that position. His size and athleticism will allow him to play anywhere along the defensive line effectively and any team with right defense should have Paye very high on their list. He's a raw athlete with an exceptionally high ceiling and if given the coach to teach him and sharpen his technique, he'll be an unstoppable force.