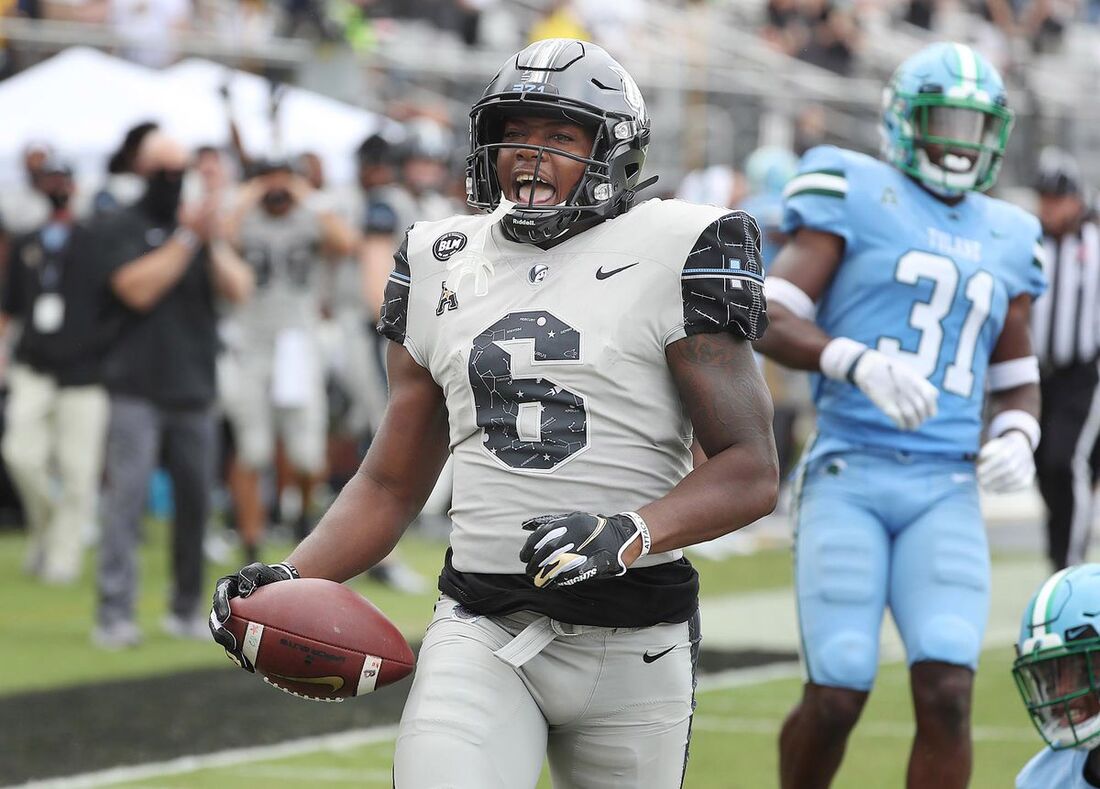 Marlon Williams put on a show in 2020 for the Knights and earned himself the eyes of scouts for the 2021 draft. He brings rare size to the position at 6'0'' and 220 lbs. with exceptional strength and surprising speed for his size. He brings a lot of power to the receiver position which has made such a terror after the catch. He doesn't get tackled from behind not only due to his speed but his ability to shed tackles at will. He does a great job of fighting through defenders to pick yardage and often takes at least two secondary players to bring him down. He has great hands and does a good job of using all his reach to bring in passes, giving him a good catch radius. He can make plays on short passes just as much as he can make them anywhere and has turned short screens, shallow crossing routes, or hitches, into big plays. He's effective at all 3 levels of the field and should be a versatile chess piece for an offense. He's tough as nails going over the middle of the field and can take the punishment given to him due to his compact and muscular frame. He has a great explosion to go along with his speed and doesn't need much of a runway to hit top speed. He does a nice job of tracking the football in the air and holds onto the catch through contact. He's a very competitive player on the field and fights for passes on contested catches like his life depends on it. He has a very high football IQ especially when attacking zone coverage as he can pick apart defenses when he finds their open areas.

He lacks the sudden quickness and short area explosion when running his routes and it can make him predictable. This results in contested catches on many passes thrown his way and it can be difficult to get him the ball. He has trouble at times separating from corners that can beat him with athleticism and his smaller catch radius can be hard to hit if the corner he's facing brings size to face. He played mostly in the slot in college, usually against a cornerback that can't match him with size, and that relegated him to a slot receiver role exclusively in the pros.

UCF did everything they could to get Williams the football in 2020 because it seemed like every time he touched it, he would take it for a big gain and if he were to get paired with an accurate quarterback and creative offense, he could be an early contributor in the season. If he can continue to improve his route-running, he'll be a very effective weapon in the NFL.