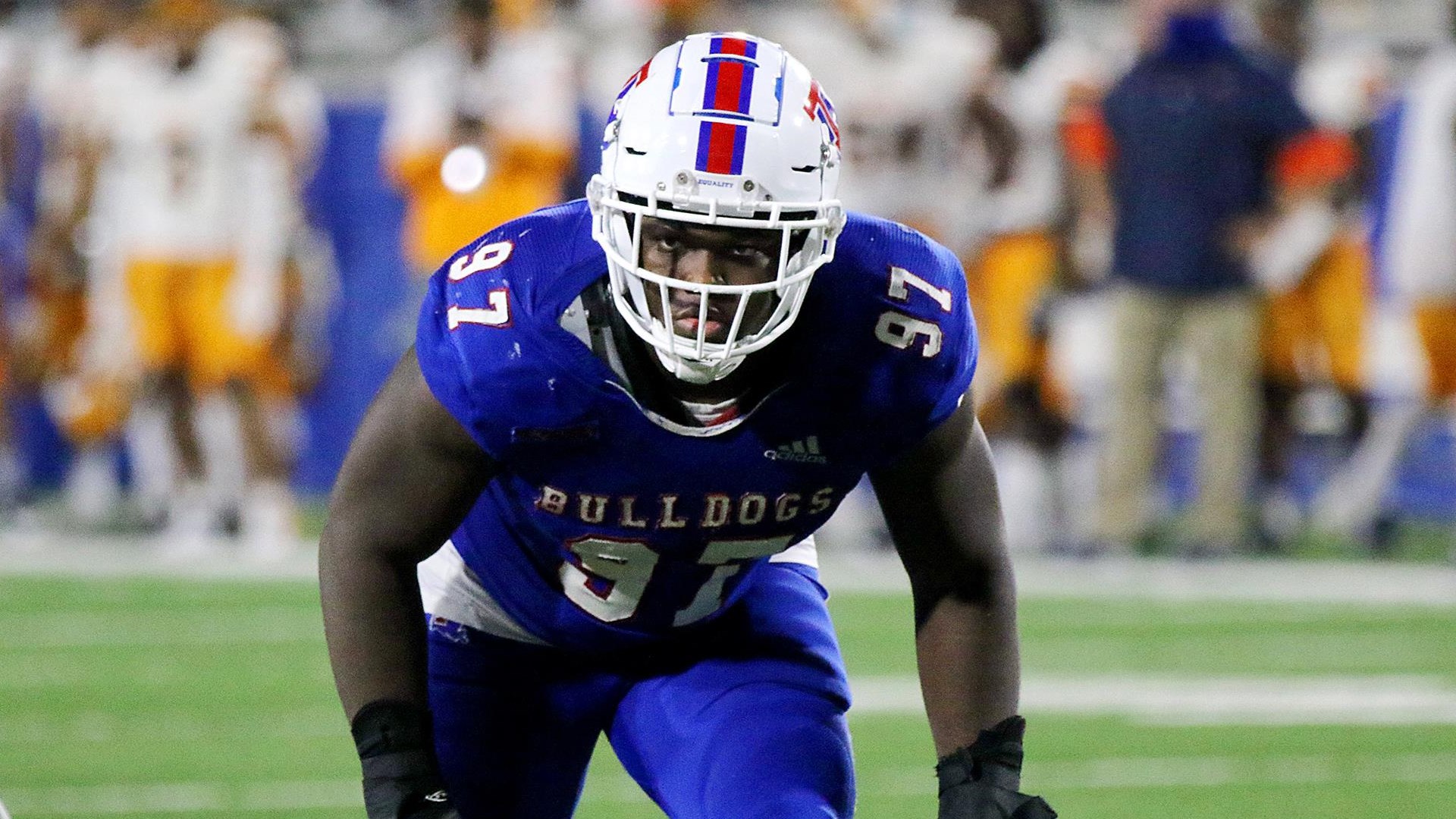 Louisiana Tech always has at least one or two draft prospects that hit big for teams in the pros and Milton Williams is likely the next player up. He possesses great size at 6'4" and 284 lbs. with freakish athleticism and power. He ran in low 4.6's at his current weight and put 34 reps on the bench press, numbers that aren't comprehensible compared to other prospects. He's played all over the defensive with reps as a 4-3 end, 3-tech tackle, 3-4 end, and nose guard with some reps of just him on the line. He comes off the line with excellent explosion and he does a great job of keeping his pads to better penetrate the line. He has a very strong build with a lot of power in his lower and upper body and when he has to hold the line, he does so with ease. He's a load at teh point of attack for a guy usually giving up around 40 lbs. to his opponent and can drive blockers off the line if left one-on-one. He has violent and powerful punch and very strong hands that allow him to thrash and shed blockers in order to make plays. He constantly faced double teams in college as teams became aware of his ability to plug holes in the trenches. He's a very agile defensive lineman that can move along the line with ease making plays from edge to edge. He has active hands and does a nice job swiping and clubbing his opponent out of his pads. He has a good swim move that he can use on guards that struggle against struggle against speed. He has good length in his arms and knows how to use when he has the advantage. He does a good job of recognizing lanes as they develop and works to collapse and force runs outside of him. He's a very strong tackler and when he has a clean shot on a ball carrier he can bring the pain. He's very willing give chase on plays has enough speed to run down ball carriers in the backfield.

He's a raw prospect whose still trying to put together his game. He lacks another pass rush move outside of his swim move and needs add more to his arsenal. He doesn't possess a counter rush game and can get caught by offensive lineman that get into his pads. He was used in so many ways along the defensive line that it hindered his development to play one especially effectively and will need to be coached up heavily at what ever position he gets. He can be inconsistent with his get off and can be the last guy off the snap which is odd considering that when he times it right he can be as disruptive as you can be as a defensive lineman. He doesn't disrupt passing lanes enough with his arms and could do himself some favors by making that apart of his game.

He has extremely high ceiling as an interior pass rusher in the NFL as his freakish athletic ability and above average length for the position give him major edge over guards but he has to develop his game a great deal more if he wants find success in the NFL. Athleticism can only get you so far in the pros and if you can't learn the techniques to win, you'll sink into NFL obscurity.