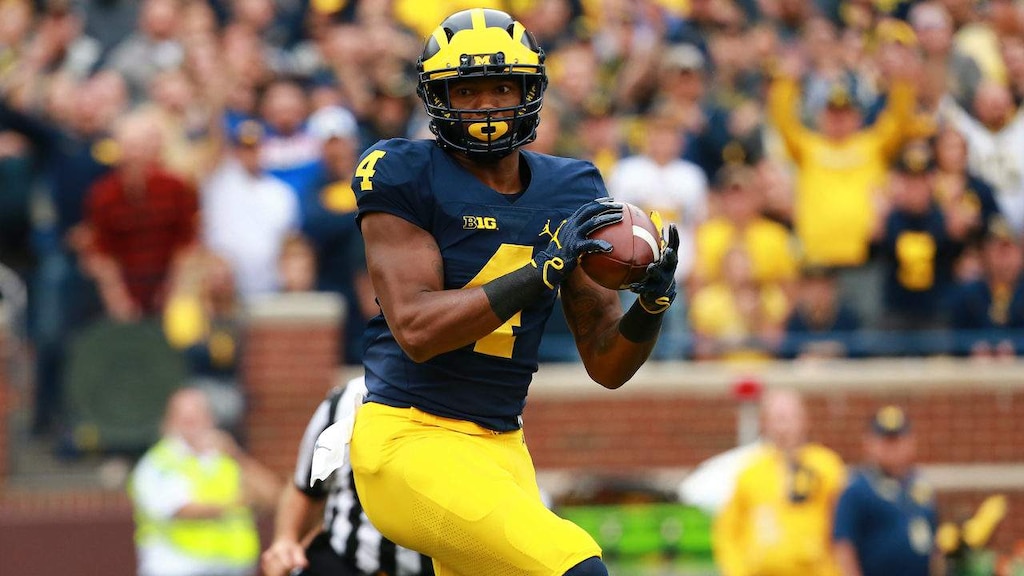 Nico Collins was the Michigan Wolverines best offensive player in 2019 and whenever they needed a big play to happen they consistently looked to Collins to produce. He's a very big and athletic 6'4" and 225 lbs. with lots of muscle spread throughout his body. He's got excellent strength in his upper body that he uses to thrash press corners all over the field. Does a great job on deep routes despite his lack of explosion. Does a good job getting separation with his upper body strength by bulling through corners and stacking them. He's got a big catch radius and can be a quarterback's best friend on jump balls. He's a contested catch nightmare and is going to be a teams #1 option in the red zone early in his career. He's got excellent hands and does a great job of holding to the football through contact which he faces consistently. Very willing to go over the middle to catch a pass and get lit up. He does a good job of playing power forward in the end-zone and can box out corners and pluck passes. He caught a lot of bad passes at Michigan which means he can have success with bad quarterbacks. He is very good at attacking the football in the air and not allowing corners to have a shot at disrupting his pass. Very aggressive on contested catches and will fight tooth and nail for the football. Plays big in big games and doesn't shy away from competition, especially Ohio State. He can turn on the speed and race to the end zone when he has green grass in front of him and has good enough balance to catch a ball through contact and land on his feet for extra yardage.

​Not very sudden in his routes, mainly due to his size, and may never have many open looks in the NFL. He needs a long runway to get to top speed and his top speed isn't exactly mesmerizing to see. He's been caught from behind on a few occasions and may never find himself pulling away from NFL defenders. Lacks a lot of routes in his tree with Michigan only using him on deep routes and hitches. I haven't seen him be the main guy on offense for Michigan and I wonder how he'll perform when the spotlight is on him.

Nico Collins has the potential to be a better version of Alshon Jeffery but he's got to learn more routes and have success as a teams #1 guy. His build and his style of play makes him a team's early red zone target and if he gets paired with a good quarterback, he could be a steal in the draft.