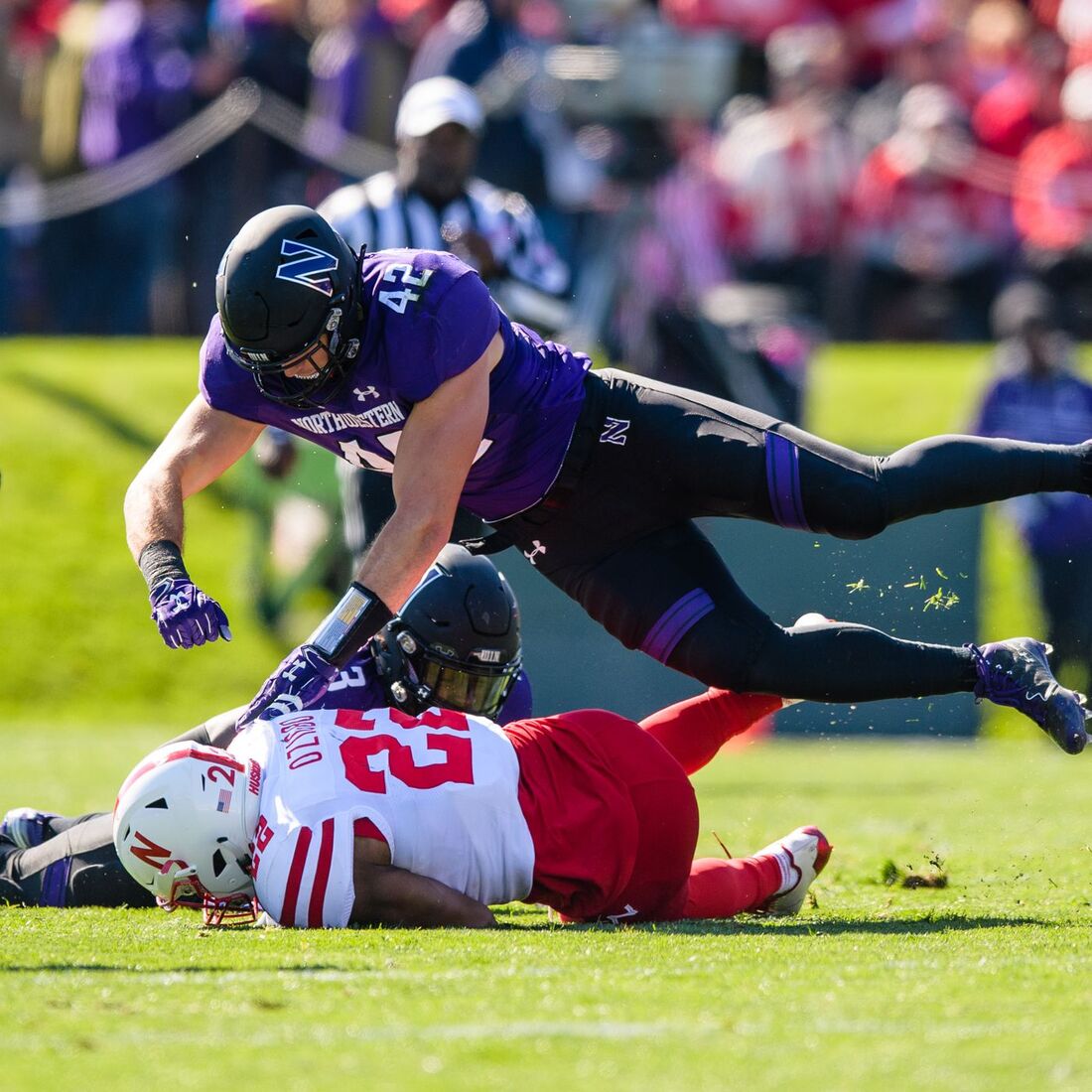 Northwestern had a very good 2020 season that featured quite a bit of talent on both sides of the ball and Paddy Fisher is no exception. Paddy Fisher features great size for the position at 6'3'' and 240 lbs. with good length and phenomenal instincts. Paddy Fisher is a violent tackler and a finisher in the run game. He will light up a ball carrier if he locks on to them. He's a turnover machine at the linebacker position who will punch the ball out of a ball carrier's hands or lay the wood and cause a fumble. Never fooled by play action, read-options or even fakes and has one of the highest football IQ amongst defenders in the draft. He's a great linebacker to quarterback a defense and knows when and where to make pre-snap adjustments on a defense. He's got great toughness to his game and isn't afraid to attack the teeth of an offensive line. He's very quick to diagnose a running play and burst into the backfield to make a tackle. He's a sure-handed tackler and once he grabs a ball carrier, they go down. He has an excellent burst on the ball when he sees his target and takes great angles when making tackles. He's one of the best coverage linebackers in this draft with good instincts in both man and zone coverage. Not afraid of taking on tight ends in coverage and has more than enough agility and quickness to cover slot receivers effectively. He has good hands when the ball is thrown his way and has logged an interception each season he's played for Northwestern. He's the leader of the North western defense and was in charge of making adjustments and keeping his fellow teammates on the same page.

He's not going to blow anyone away with his athleticism in workouts and isn't going to run down ball carriers in the NFL. He wasn't used much as blitzer in college and will need to develop into one if he wishes to see the field consistently. If he gets engaged with an offensive lineman, he's usually done for that play as he simply can't shed the block. He can struggle with making tackles in the open field at times as his size and lack of speed can get him in trouble against shifty offensive weapons. Doesn't do a good enough job of picking a hole to blitz through. He's not a linebacker that can be trusted to make sideline-to-sideline plays and may need to play in a 4-3 scheme to find success in the NFL.

Paddy Fisher's high football IQ is going to be what makes him valuable in the NFL because a sharp mind is more valuable than an athletic build. If he can build up his body in the weight room and work on getting faster, he could be a very successful player in the pros. He should find a starting role within his rookie contract and develop into a good starter within his career.