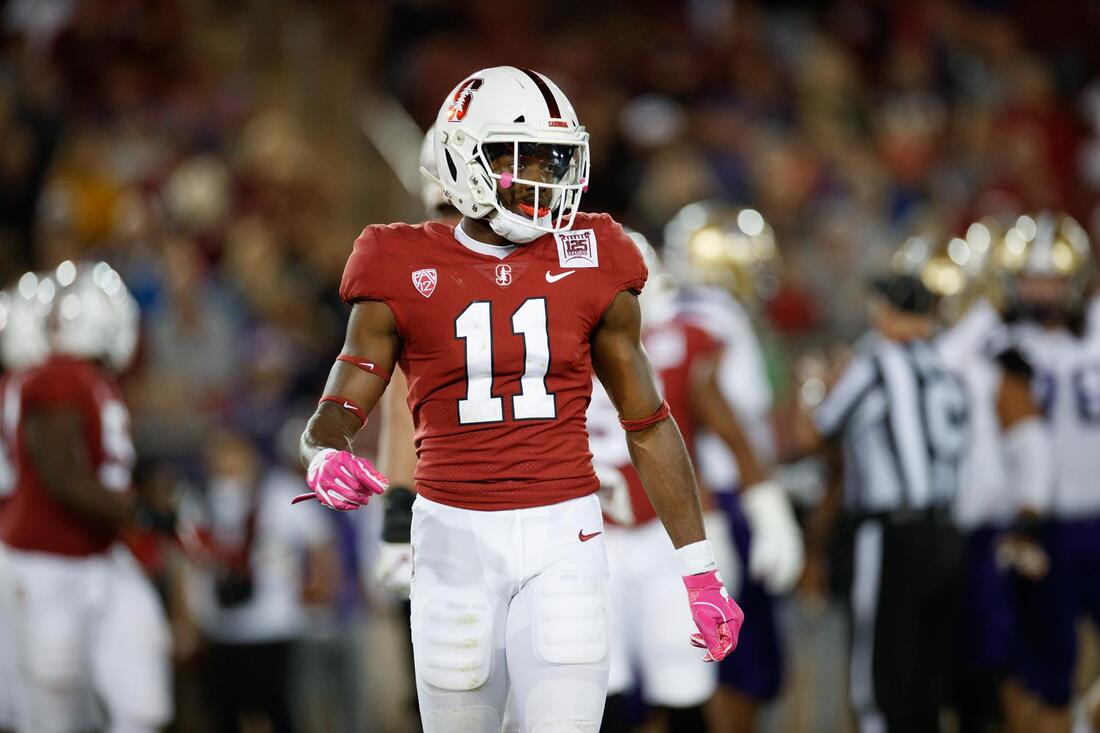 Paulson Adebo had a ridiculous couple of seasons for the Stanford Cardinal and after opting out of the 2020 season he will look to make his mark in the NFL. Adebo is a former wide receiver that changed to cornerback his freshman year and hasn't looked back. He's got excellent length for a cornerback at 6'1" and 190 lbs. with very long arms and a chiseled frame. He's easily got the best ball skills of any cornerback in the draft and any throw in his direction is always up for grabs. He's got the best hands among defensive backs in the draft and should put big interception totals early in his career. He's a fantastic coverage cornerback with fluid hips, extremely quick feet, and great long speed and usually is right in the hip pocket of the receiver he's covering. He tracks the ball like a receiver when it's in the air and has perfect timing for high pointing the pass. The margin for error quarterbacks have when throwing against him in coverage is very small and if they simply just start throwing balls up in his direction hoping for something to happen, he'll come down with the pick. He's got great instincts in coverage and is rarely mistaken by routes or shaken loose by receivers. He has the necessary agility to change direction with receivers on slants and crosses as well quickly double back on hitches. He has very good press coverage skills with his length and size. He does a great job of widening routes and keeping receivers from getting a good release off of him. He possesses good zone coverage skills where his size and instincts take over and his fearsome ball skills make quarterbacks think twice about throwing into his area. He's got very strong hands to wrap up and latch onto ball carriers and bring them down. Plays with an exceptional motor and effort and it shows up on tape. His best attribute might be his extraordinarily high football IQ considering he's changed positions and still has found a great deal of success.

While he does have that high football IQ and has been a great success at the position, his lack of experience at the position is very evident at times. He can bite on fakes and look-offs from the quarterback and leave his man open to throw too. He can get sloppy in his technique at times and get fooled by shifty receivers. He's a good tackler but he can at times try and drag his opponent down rather than heads up.

For someone who had to switch positions in order to make the team, he has done a better job than even the team thought he could do which gives him an incredibly high ceiling as a prospect. He's a raw but ascending talent in the NFL draft and he could be a fantastic steal for a team in need of turnover help in the secondary.