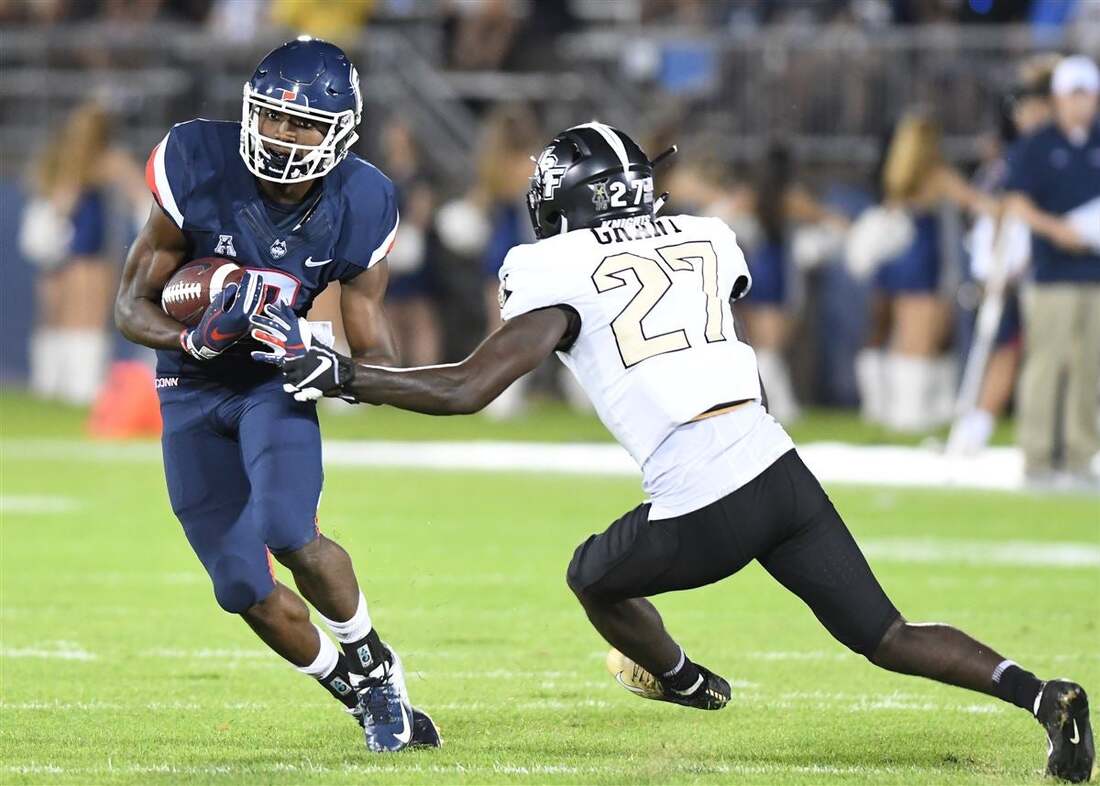 Central Florida has seen quite the rise in NFL draft picks over the past few years and Richie Grant might end up being the best Knight to come of the program. He's a 6' and 195 lbs. ball hawking safety who turned the Central Florida defense into a turnover machine. He's got impressive range and will usually line up as a single high safety and patrol the deep secondary. He's got impressive hands for safety and is always looking for the turnover when the ball is in the air. He's a versatile defensive back with the ability to play safety, play outside, and play in the slot. His zone coverage skills are easily top 3 among safeties in the draft due to both his range and his football IQ. Eager to make a play in run defense and does a nice job of being aware of where the ball is in the trenches. He's very sound in man coverage and can be trusted to cover tight ends. He's got very good recovery speed if he makes a wrong move and is usually around the football in run defense. He's effective in run support where he can read blocks and squeeze into a running lane. He's a clutch safety during the game and has made the final play in a game on more than one occasion.

His size makes him somewhat worrisome in run defense and I wouldn't trust him early on to handle the rigors of tackling NFL running backs. Not a great tackler and is no stranger to getting shed off by running backs. He  bites on fakes too much for me because he's eager to make a play. Tries to avoid blockers in run support and has trouble disengaging from them when he gets caught. Way too eager to make a play at times rather than stay on his keys and can bite hard on fakes and play action. Had a down year in 2019 as opposed to his 2018 year which was stellar.

Richie Grant is as pure a free safety as you'll find in the draft and should find himself on many draft boards based off of his production in college. His overall skill as a safety has made him the most important player on the Knight roster; any team looking to increase their interception totals from the safety spot has to have him high on their list come draft day.