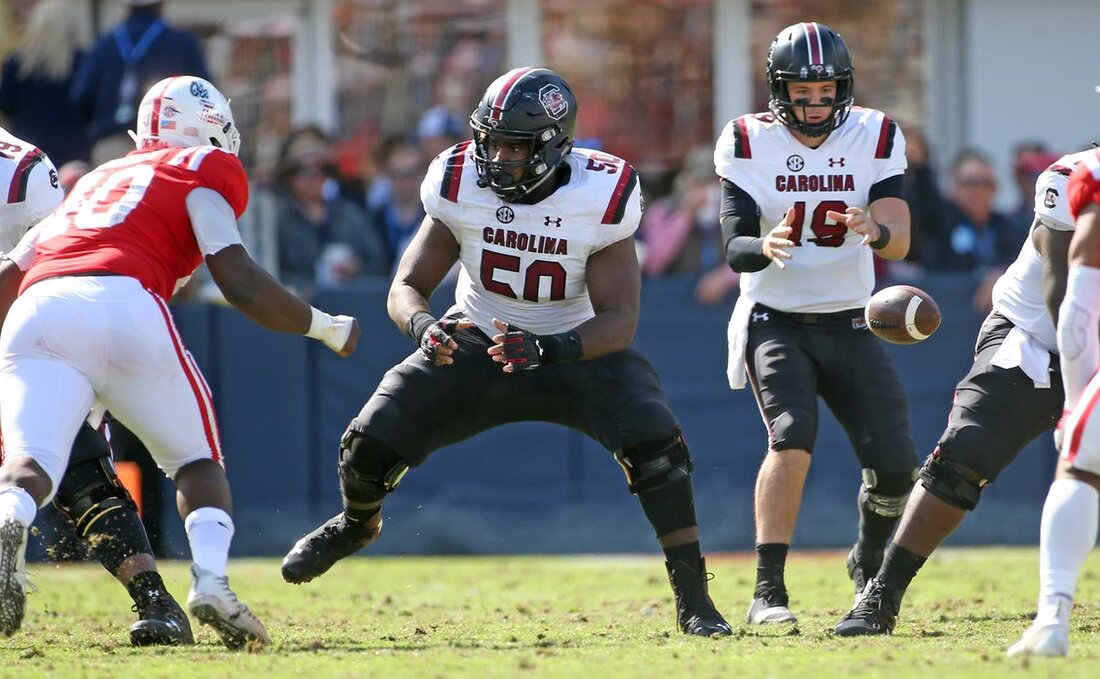 Sadarius Hutcherson showed incredible improvement from his 2019 season and will look to make his presence felt in the NFL. At 6'4'' and 320 lbs., Hutcherson brings good size and athleticism to a position that is always lacking in it. He possesses good mobility for a guard and can be trusted to reach his blocks in the second level of a defense. He's a highly aggressive offensive lineman who looks to pancake defenders when he's in front of a convoy. He takes great angles when pulling around and does a good job of taking out his first key before moving onto the next. He can be a menace in short yardage situations as he possesses excellent explosion and pad level when charging forward. He's a scrappy fighter in the trenches who's constantly trying to break his opponent rather than beat him. He possesses a ton of power in his base which is very helpful in halting bullrushes coming straight at him and often ends in a stalemate. He does a great job of trying to take his opponents balance away from them, constantly trying to flip and thrash them around. In pass protection he has a powerful punch that's hard for defenders to withstand. He has strong hands that can be hard to separate from when he's driving, blocking his man.

He's too inconsistent with his pad level, a very bad habit for an interior offensive lineman and it can cause him to lose a lot of battles to defensive lineman that can take advantage of his pad level. He's either winning bog or losing big in this aspect and it can cost his team significantly. At times he looks confused when left alone and it can lead to missed assignments. He's an inconsistent hand fighter and it can lead to experienced defenders swimming and chopping his arms out of the way. He has had trouble with dealing with nose guards that win with low centers of gravity and lots of power and it can lead to rushing lanes collapsing. He overextends his arms too often which can limit the amount of power he can generate. His timing and hand placement can be inconsistent at times and while he cleaned his penalties in 2020, it is worth noting that he had more than a handful in 2019.

He's a developmental player for sure but there's certainly some potential for him to turn into a starting guard in the NFL. If he can fix his technique a bit and continue his upward trend of development, he'll find himself splitting time at guard early in his career and likely into a starting job.