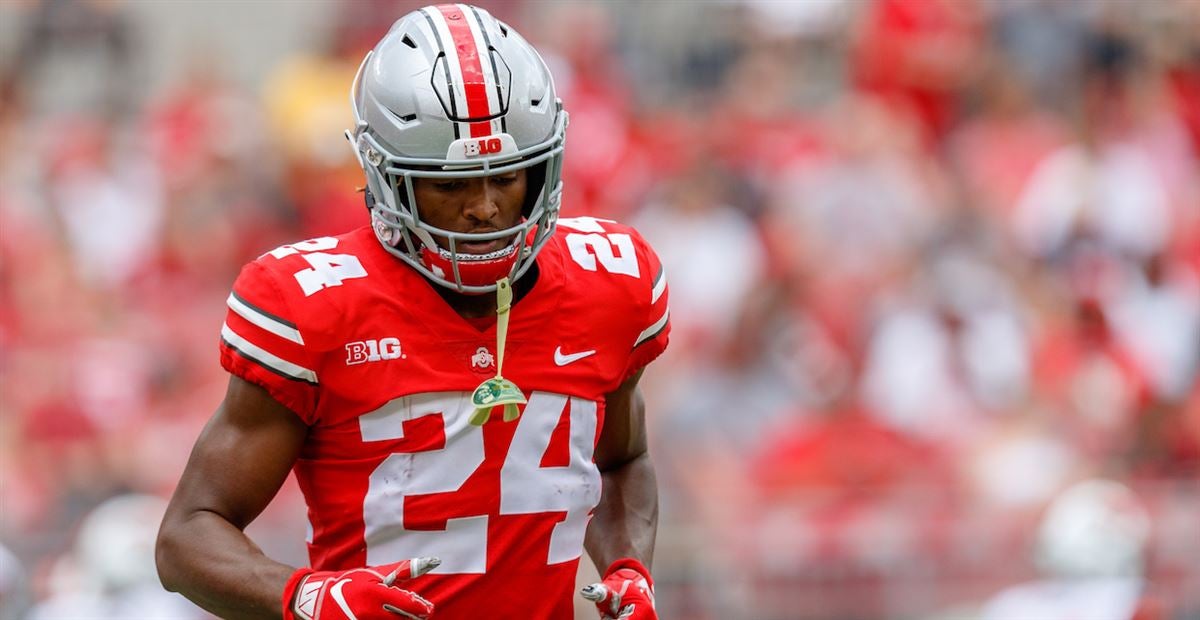 Shaun Wade was potentially a top 10 pick in last year's draft but after deciding to return to the Buckeyes roster and take over their infamous secondary. He's got prototypical size for the position at 6'1" and 195 lbs. with great length and exceptional athleticism. His best skill set is his ability in zone coverage which was something he did a lot while playing in the slot last season. He's got elite level range, burst, and explosiveness to jump all over a pass in his large area of coverage. He's got exceptional football IQ and instincts which help him a great deal in diagnosing routes and perfecting his timing when lunging at the ball. He's an exceptional press cornerback, especially in the slot, where his size and extremely twitchy athleticism allow him to almost stick to receivers wherever they go and completely take them out of the game. He's an exceptional man coverage cornerback given his athletic ability and coverage instincts and should be a problem for NFL receivers as soon as he takes the field. He's one of the hardest hitting tacklers among cornerbacks and isn't afraid to get dirty in run defense. He's very good at causing fumbles, either punching the ball out or laying the wood on players. He plays with exceptional effort and toughness and he has a swagger about him that only superstars play with. While it isn't shown often, he does have great vision when catching a football and good hands for a cornerback.

Despite his elite level skill set, there are questions to be asked. One of his biggest questions will be how he performs now that two of his fellow cornerbacks in Jeff Okudah and Damon Arnette have left for the NFL as well as a litany of defensive talent around him such as Chase Young and Davon Hamilton. He can get lost in man coverage on the outside at times and plays smaller than his size would indicate. He can fall for stutter steps on the outside and find himself having to make up ground early. Seemed to rely mostly on his athleticism rather than technique and got burned quite a bit. Clearly struggled against top receiver competition and at times looked to lack the competitive fire when facing top prospects.

When it comes to getting cornerbacks into the NFL and then having success, Louisiana State and Ohio State are the two schools that come to mind and Shaun Wade is likely to be the next great defensive back to come out of the program. While he played outside cornerback in 2020, I believe he needs much more development to play that position but his skill level and experience playing in the slot can’t be denied. If he plays the slot corner position well in the pros, I can certainly see him transferring outside and starting there in his career.