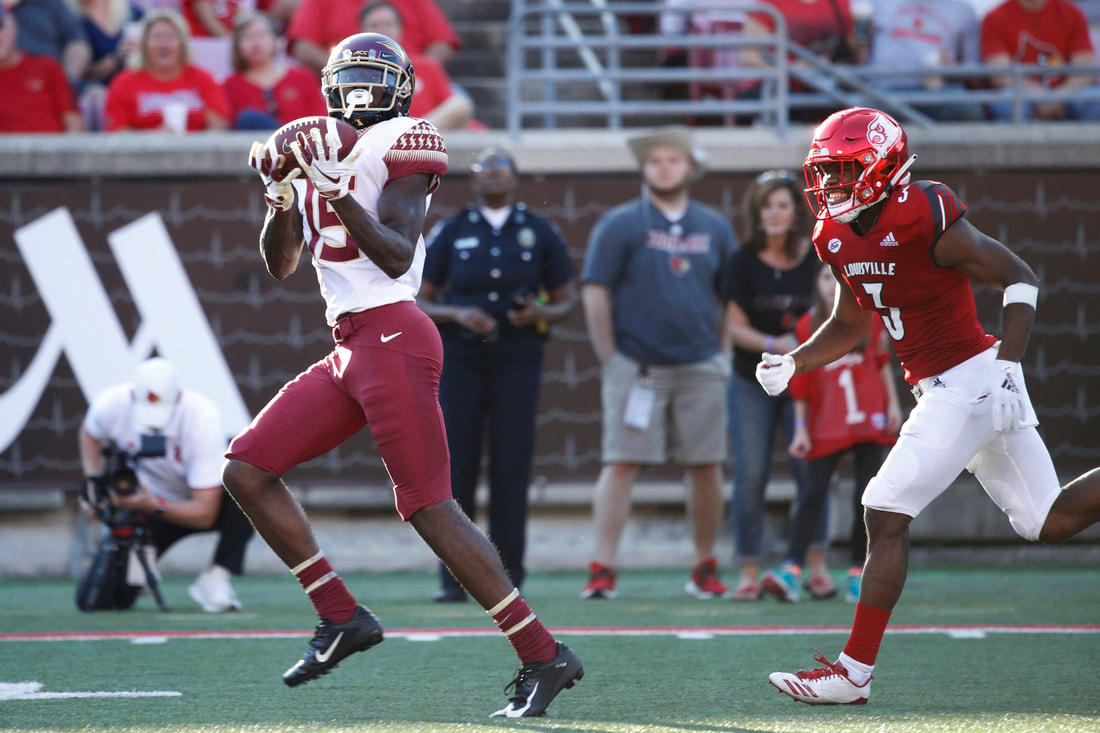 He's as athletic a wide receiver as you'll find in any draft and is going to put on a show at the NFL combine. He's got a fantastic build for the receiver position at 6'4'' and 210 lbs. with lots of muscle and certainly room for more. He's a speed demon when he has green grass in front of him and will pull away from cornerbacks like a Bugatti if he's caught a pass in stride. Excellent length in his arms and big hands to match make him a very big target for quarterbacks on deep passes. He's got surprising agility for his size and can be a tough player to tackle after the catch. He makes contested looks easy at times and certainly is going to be a great player on jump ball throws. He's a super smooth route runner at 6'4'' and has enough agility in his feet to conquer the whole route tree. Does a good job of tracking the football and maintaining his speed until he catches the football and burns rubber. He's got excellent ball carrier vision in the open field and will beat defense with his speed if they can't get the angle on him. He demands cushion on his routes due to his speed and it allows him to have easy paths on shallow crosses and slants. He's got a nasty slant and goes route that's going to be a free 6 points in the pros. Faced the defenses top cornerback for most of his games in 2019 and gave them nightmares on his deep routes. Very competitive and will dominate a defender that doesn't challenge him.

​He doesn't possess a large enough route tree to be a consistent threat on the field and most of his big games involve him simply scorching slower corners rather than picking them apart. Relies far too much on his athletic ability and will need to improve his routes and technique to further his career. He has trouble with timing, especially his contested catches and can at times jump too early or late and give defenders a chance to capitalize. He has some of the most inconsistent hands in the entire draft with some catches being one-handed or reaching way out in front to bring it in or he simply will drop easy lobs and accurate throws right into his bread basket. He could gain some more muscle in his frame and get closer to 220 lbs. But I don't think it's necessary to have a successful career.

I think if he's really coached up and his problems are fixed, a team could have the next Terrell Owens in their receiving corps, he's that dominant athletically and physically, but that's as big an "if" there is. He's got an exceptionally high ceiling but a rock bottom floor and it's going to take a great coaching staff and a good quarterback early in his career to get him to hit his ceiling.