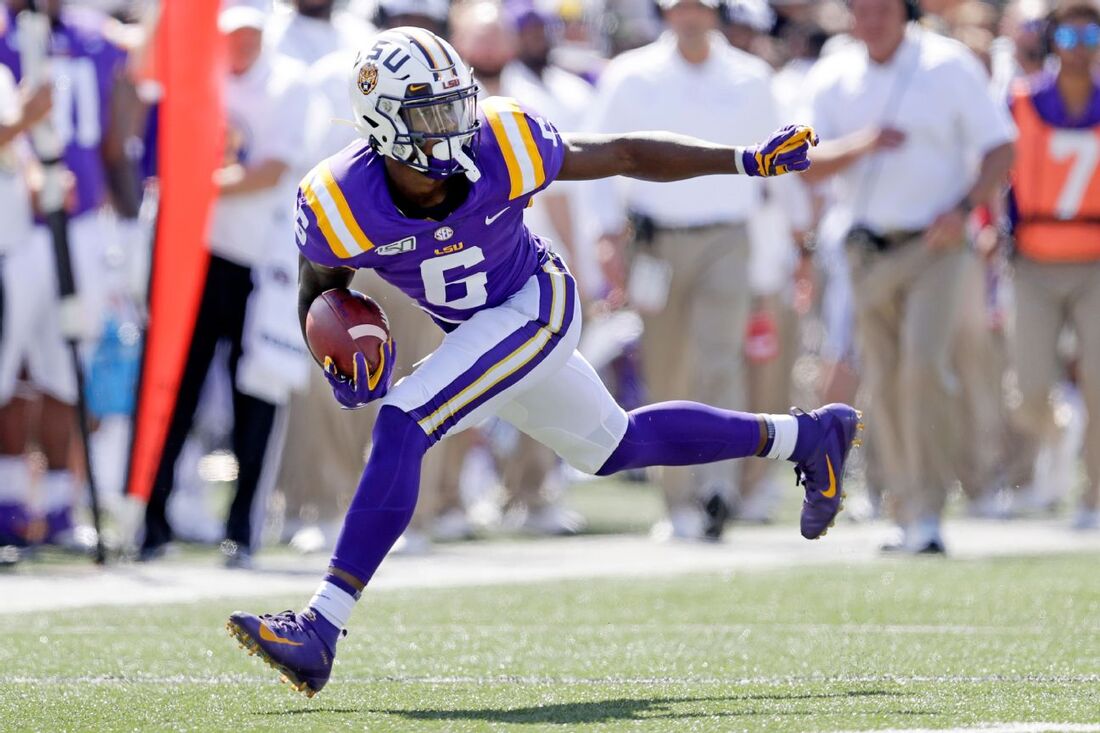 The forgotten man on the 2019 LSU offense, Terrace Marshall Jr. was a touchdown machine for the Tigers and will likely see his role expanded and hopefully see an increase in production. He's got excellent size as a wide receiver at 6'3'' and 200 lbs. with exceptional length in his limbs and an athletic build. He's big and sticky hands that can bring in difficult passes and fast balls. He was LSU's redzone nightmare with his size and catch radius which allowed him to be a very big target for Joe Burrow. He plays receiver like a tight end, especially on jump balls where his lengthy body allows him to somewhat box out his defender and come down with the pass. He's an exceptional jump ball receiver who simply goes up and gets the ball and holds onto it through contact. He's got some ability after the catch to make defenders miss and a large portion of his touchdowns come from him shedding a defender and sprinting into the end zone. Does an excellent job of fighting through press coverage quickly and then turning around for the football. He does very well when asked to play from the slot and find the hole in zone coverage and come down with the pass. He's very good at making difficult lunge catches and bringing them in quickly. He has a good route-tree and does a great job of breaking away from defenders at the opportune time to make catches. He does an excellent job of high pointing passes keeping his feet in bounds on sideline catches.

He benefited quite a bit from being the forgotten man on the LSU offense and mainly covered by a team's 3rd or 4th best cornerback, allowing him to somewhat feast on bad competition. He was allowed to capitalize on Ja'Marr Chase, the one of the best offensive weapons in the draft, and Justin Jefferson, the 24th overall pick in the 2020 draft, taking attention away from him in the end zone which allowed him to score so often. He doesn't possess the speed to be a consistent deep threat and lacks the size in his frame to release from NFL corners. Doesn't get great separation down field and is heavily reliant on his natural length to bring in passes.

His size and hands make him an effective possession receiver in the pros and his ability to come down with tough contested catches will make him a favorite target in the red zone. He's one of the more reliable receivers in this draft and has one of the higher floors among receivers as well and should be an early contributor in the NFL.