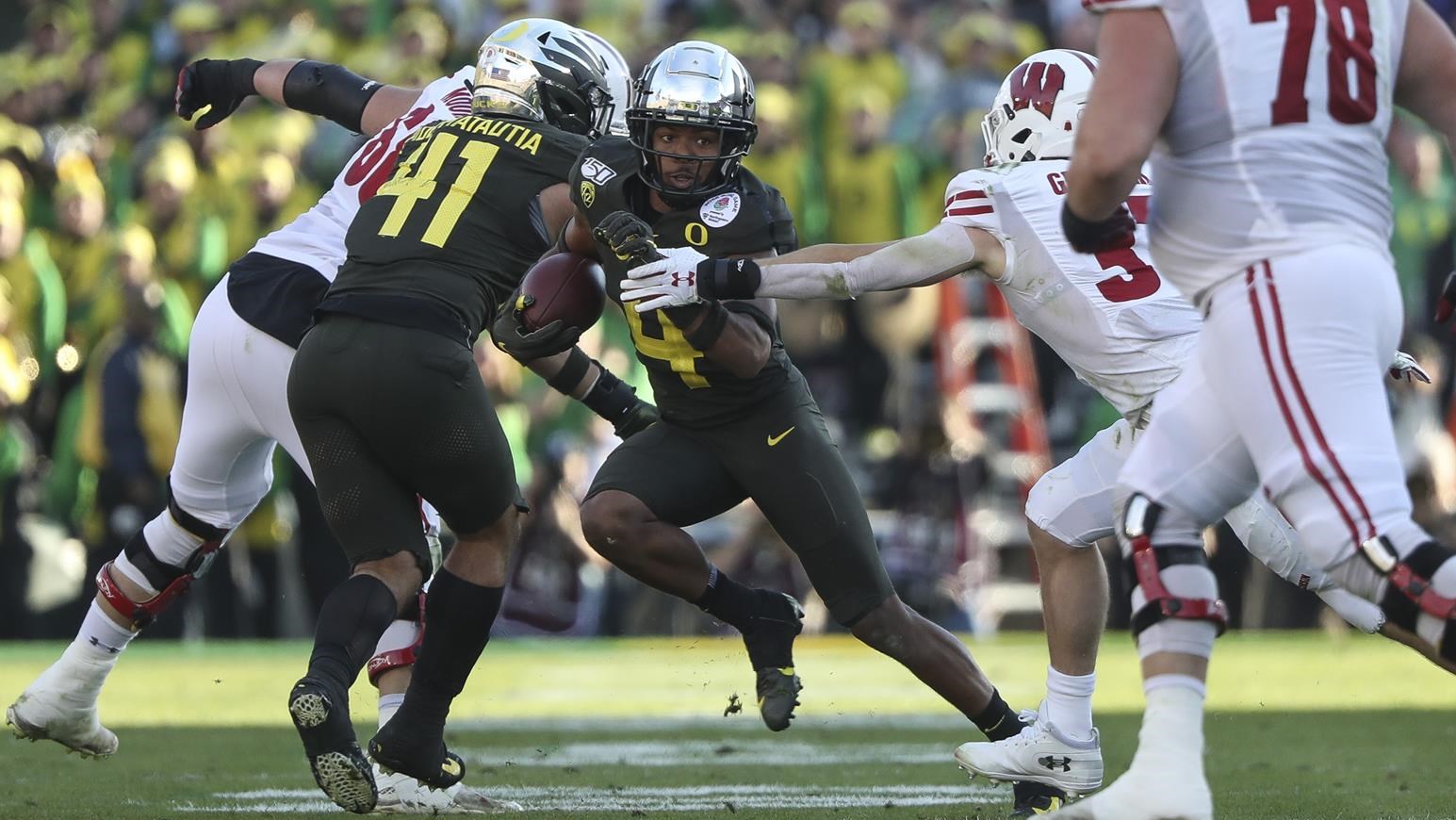 Thomas Marshall Jr. has been a turnover machine in the dangerous Oregon secondary and has easily been one of the most consistent players on the Ducks roster. He's got an athletic build at 5'11" and 197 lbs. with excellent speed and explosiveness. Has top notch ball skills for a cornerback and is a dangerous player to lob footballs to. Very good agility and footwork and has enough fluidity in his hips to change direction on a dime. He fights for the football and will make a quarterback suffer if he throws a bad pass in his direction. Good hands for a cornerback and tremendous competitive fire, especially at the catching point. Good man coverage skills with his quick feet and good speed and keep up with the faster receivers. He's aggressive at the point of attack and is hard to shake off on routes. Zone coverage skills are good with good burst and range to cover an area and never seems to be out of position. He gets his hands in the receivers catching zone and will make any catch a difficult one. Never too far from the play and will do his best to get involved. He appears capable of playing in the slot but his fit might be as an outside cornerback. Very high motor as a corner with great effort and intensity on the field. Fearless when getting involved in run defense and has no fears about getting involved in the trenches.

Not a good tackler at all and is far more often left in the dust rather than actually tackling somebody. Not a very good blitzer and it's usually because he takes very bad angles when tackling. He lacks upper body strength in press coverage and has a hard time riding receivers out of bounds or making their routes difficult. He's tenacious at the point of attack in press coverage but with no real power in his arms or chest.

He's a great option as an outside corner in Day 2 or 3 if you're a team in the market of getting a consistent cornerback with great ball skills. He's not a very good tackler and while teams need cornerbacks to tackle, sometimes they can get away with it if they show out in coverage. He's going to have to learn how to tackle better for sure and will need to show that in 2020 if he wants to get drafted at a respectable spot. He's a productive starter within his first few years in the NFL and should become a quality player on the roster.