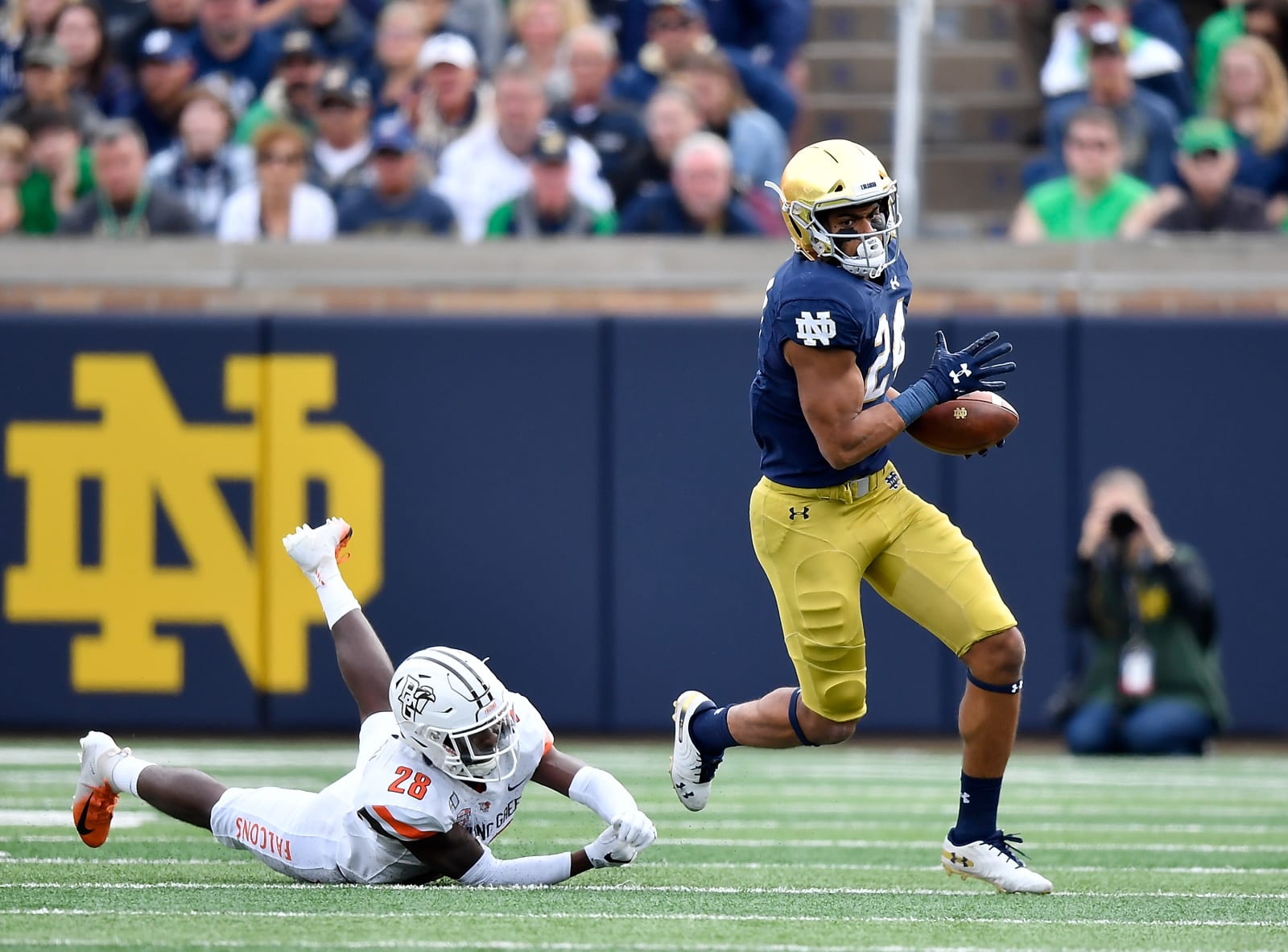 ​Tommy Tremble out of Notre was a surprising entrant into the 2021 NFL Draft after only two seasons dawning the Navy Blue and Gold but his ability on the field has certainly drawn the attention of scouts. At a very muscular 6'4" and 250 lbs., Tremble brings rare athleticism and playmaking ability to the position. He's a dynamic athlete at tight end who was used all over the field for the fighting Irish. He's incredibly fast for 250 lbs. and is dangerous tight end to leave daylight and a head start to. He's as explosive as you can be for a tight end and is not afraid of hurdling defenders. He's quick to turn up field after the catch and does make an effort to evade defenders in the open field. He possesses very hands and does a great job of attacking the football in the air rather letting it come to him. He can catch passes on the sideline and can keep his feet in bounds. He can line up in the slot, on the outside, and has been used in motion on many occasions. He's a tough and fiery competitor on the field who leave it all on the gridiron at the end of the game. He's tough runner with the football and will fight for extra yards if need.

He's a willing but undeveloped blocker at this point in his career. He does possess the necessary and fluidity and athleticism to run routes well but he hasn't developed the necessary technique or route-tree to be a consistent threat on the field. He didn't many chances to show what he can do when given a lot of opportunities and I think he could have benefitted greatly from playing another year in college. He doesn't attack zone coverage unless schemed into doing so and has shown to have trouble with contested catches on occasion.

Tommy Tremble may have declared for the pros a little earlier than most expect but the man is built to play pro football at a high level and there will be numerous teams that look at his build and elite level athletic ability and certainly think about taking him. He's got plenty of potential to turn onto a quality player but he'll need to grind on the practice field before seeing game day.