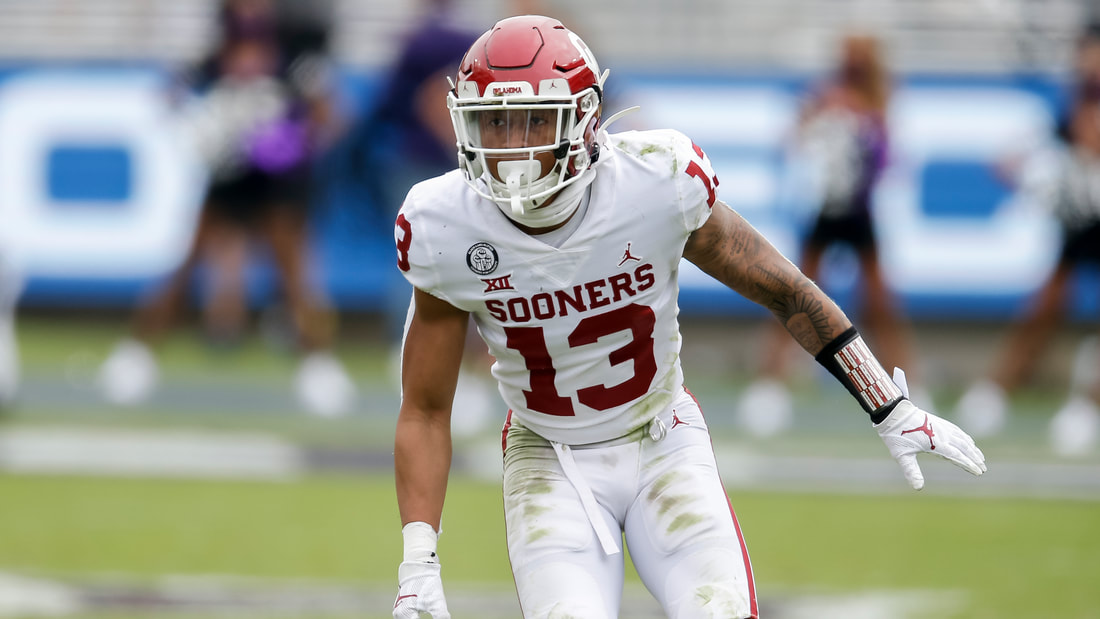 Tre Norwood did a great job of rebounding from a season-ending injury that cost him his 2019 season and gave the Oklahoma Sooners a very formidable and dangerous secondary in 2020. He's built very well at 6' and 190 lbs. good athleticism and ball skills. He finished tied for second in college in interceptions with 5 in 2020 with one going for a pick six. He's very instinctual in zone coverage and does a nice job of reading the quarterback's eyes and attacking his target. He's a good athlete with lots of fluidity and quickness to make swift changes of direction and quickly react to the football. He thrived in zone coverage, especially in the slot, where natural length and above average agility allowed him to cover a relatively large area. He's active at the catching point and does a nice job of contesting catches. He has the quarterback's eyes well and has good anticipation of routes in his direction. He's very in man coverage at staying in his receivers hip pocket on short routes and not falling for double moves or slant-and-go's. He's quick to adjust to crossing routes and he has enough length to contest catches. He's a willing tackler that does a good job of wrapping up and bringing down ball carriers. With time spent at nickel and safety as well as the football IQ to play well at both, Norwood brings excellent versatility to a secondary. He's a good communicator on defense and earned the respect from teammates for how he has come back from his injury. He's very competitive and brings an admirable toughness to his game which explains why he came back better from his injury.

He hasn't press coverage much in his college career and his ability to do so is very limited with his skill set. He's still working his way back from injury and still showed signs of limitations with his lower body when changing direction. His downfall will be his long speed and ability to cover the deep ball as he lacks the top speed to stay with burners. A couple of his interceptions would qualify as lucky in my opinion, and didn't increase his defended passes from 19' to 20'. He's not explosive at the catching point and isn't going to find himself seeing much action on the outside.

If not for his injury taking away his 2019 season and some of his speed away from him, he probably would be a much more valuable prospect. He lacks the desired speed and explosiveness to play on the outside but with his time spent at safety and nickel corner combined with his football IQ, I can definitely see him making a living as being added depth in a secondary and if he proves himself in camp and in limited opportunities on the field I can certainly see him starting at some point.