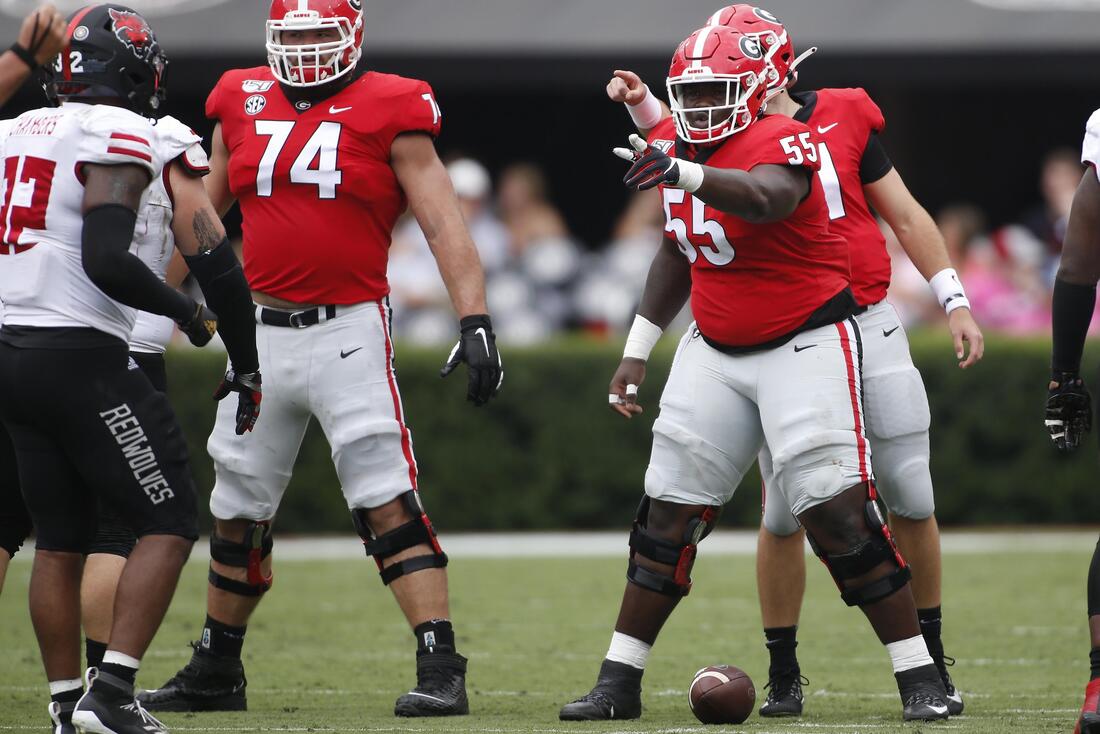 Hill has been part of a rushing juggernaut at Georgia that has been a conveyor belt of talented running backs and offensive lineman and he looks to be the best of the bunch this year. He's a massive center at 6'4" and 330 lbs. with good length and a height in his frame. He's got incredible power in his upper and lower body and can drive any defensive tackle off the line of scrimmage when he establishes better leverage. He's got a good punch to knock defensive off kilter and enough drive in his legs to run them out of the play. He's got good movement skills and does a nice job of effectively getting to the second level of a defense and getting to a linebacker. He does a great job of turning defensive tackles out of the play opening up holes in his gap for a running back to run through. He can hold his ground against a bull rush and doesn't get moved off the line of scrimmage. He does a very good job of communicating with his fellow lineman and recognizing potential stunts and blitzes. He does a good job of keeping his hands close to his chest and keeps defensive lineman from grabbing his pads. He does a good job assisting his fellow lineman with double teams and has done a great job of keeping the pocket from collapsing on the inside. He's relatively new to the position so he's still adjusting to having new responsibilities as a center but from what I saw last year, he appears to be a very good option and has a high ceiling for the position.

His footwork is not very good and will need work heading into next season. He can sometimes miss read his keys at the center position and allow blitzers to get behind him. He showed some ability in pass protection when dealing with powerful defensive tackles, with the exception of Tyler Shelvin, but has struggled at times against especially athletic and quick tackles which can simply be from lack of experience. He plays too high out of his stance which will get him into trouble in the NFL and he doesn't do a great job countering pass rush moves from the center position.

​I think his ceiling is too high for teams to pass up in the draft and if he dominates workouts in the offseason I could see him going up on a lot of teams' draft boards. Georgia has been a great program for teams looking to increase the effectiveness of their run game and Trey Hill is another massive offensive lineman to come out. He's a promising player if given time to develop and should hear his name called in next year's draft.