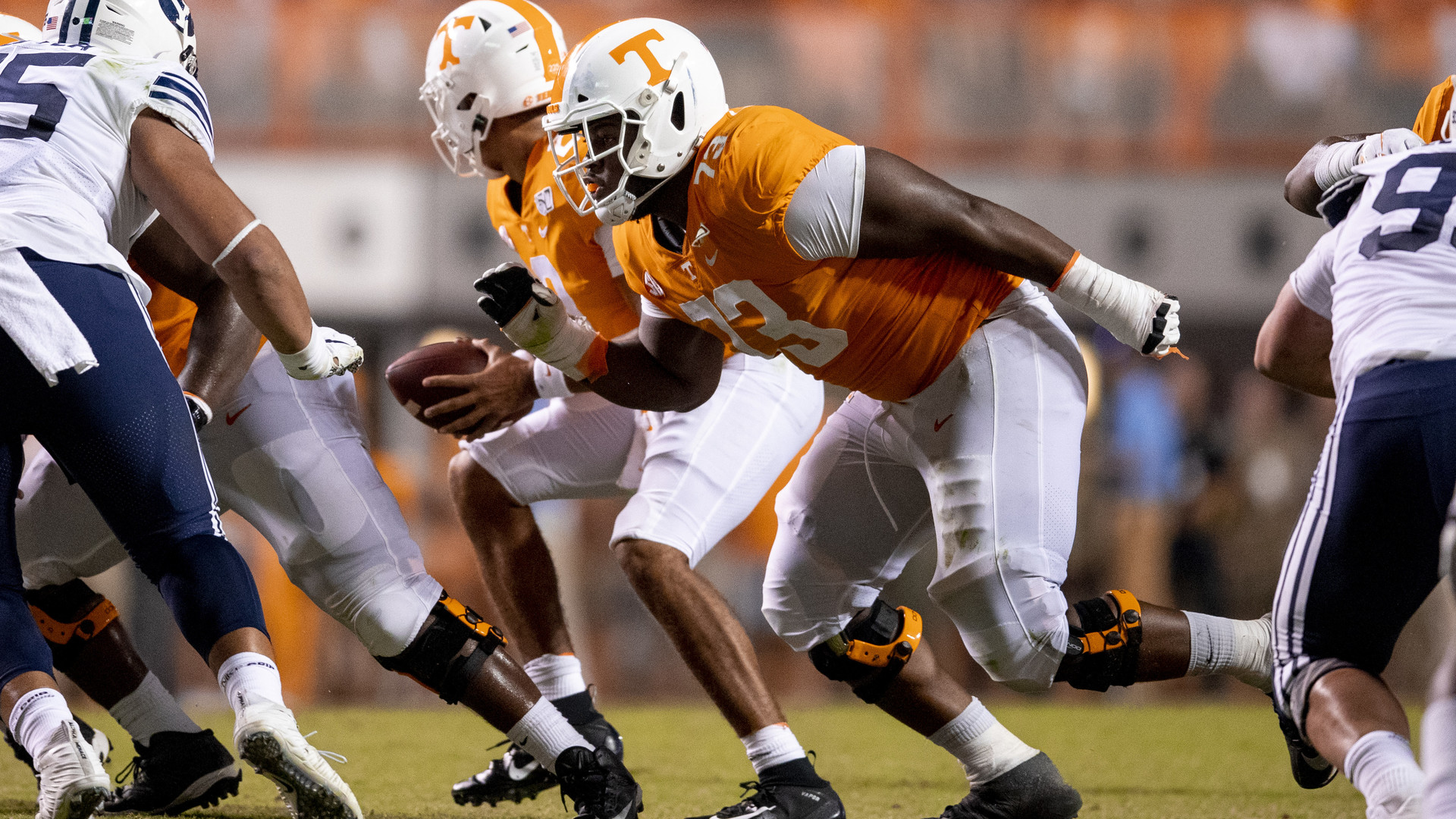 Since moving from tackle to guard in 2019, Trey Smith has been one of the most dominant offensive guards in college football and if he has a similar season in 2020, he's going to get scooped up very quickly. He's a guard with offensive tackle size at 6'6" and 325 lbs. with ridiculous upper body strength and a menacing demeanor to match. He's a monster in the run game and is going to instantly improve a teams rushing attack. He consistently comes off the line with excellent leverage and explosion and immediately. He drives his man off the line with unreal aggression and physicality and it's almost impossible for defensive lineman to get the jump on him. He's quick to drive his man out of the hole or turn his guy out of the play. In the second level of the defense he's equally as effective. He possess great speed for a man his size and takes some of the best blocking angles in college football when engaging defenders. He's quick to maul and toss linebackers and safeties out of the play and has been as a consistent as you'll find when it comes to production. He's excellent in pass protection considering his time playing offensive tackle. He's got excellent arm length for the position and it shows up when defending interior defensive lineman as they have trouble getting into his pads early. He possesses a very powerful punch that will stun NFL defenders and he has tremendous accuracy when initiating it. He's stout in his base which allows him to halt strong bull rushers that try to upend him. He has probably one of the strongest grips in the draft and it's game over if he gets into defenders pads. Does a great job of helping out his fellow lineman when he sees them struggle and can be counted on during double teams to neutralize defenders. He plays with tremendous effort and competitiveness and is going to earn a lot of praise from coaches that interview him.

The main reason for the switch to guard was his lateral agility which was, and still is severely lacking for an offensive lineman. He has struggled against pass rushing tackles that can beat him with speed and quickness as he struggles to mirror their movements and adjust to counter rush moves. He can get caught lunging and overextending to make the block which leaves counter rush lanes open and also can get generate holding calls. His balance in his feet is noticeably when he gets off caught by speed and he has a hard time readjusting and resetting his base. He has struggled with blood clots in his lungs since 2018 and his family has a history heart issues.

His story is amazing and his play is even better and any team in need of a boost in their rushing attack should put Smith atop their list of interior lineman. His size and strength for the position are rare and he will be an immediate contributor his rookie year in the NFL.