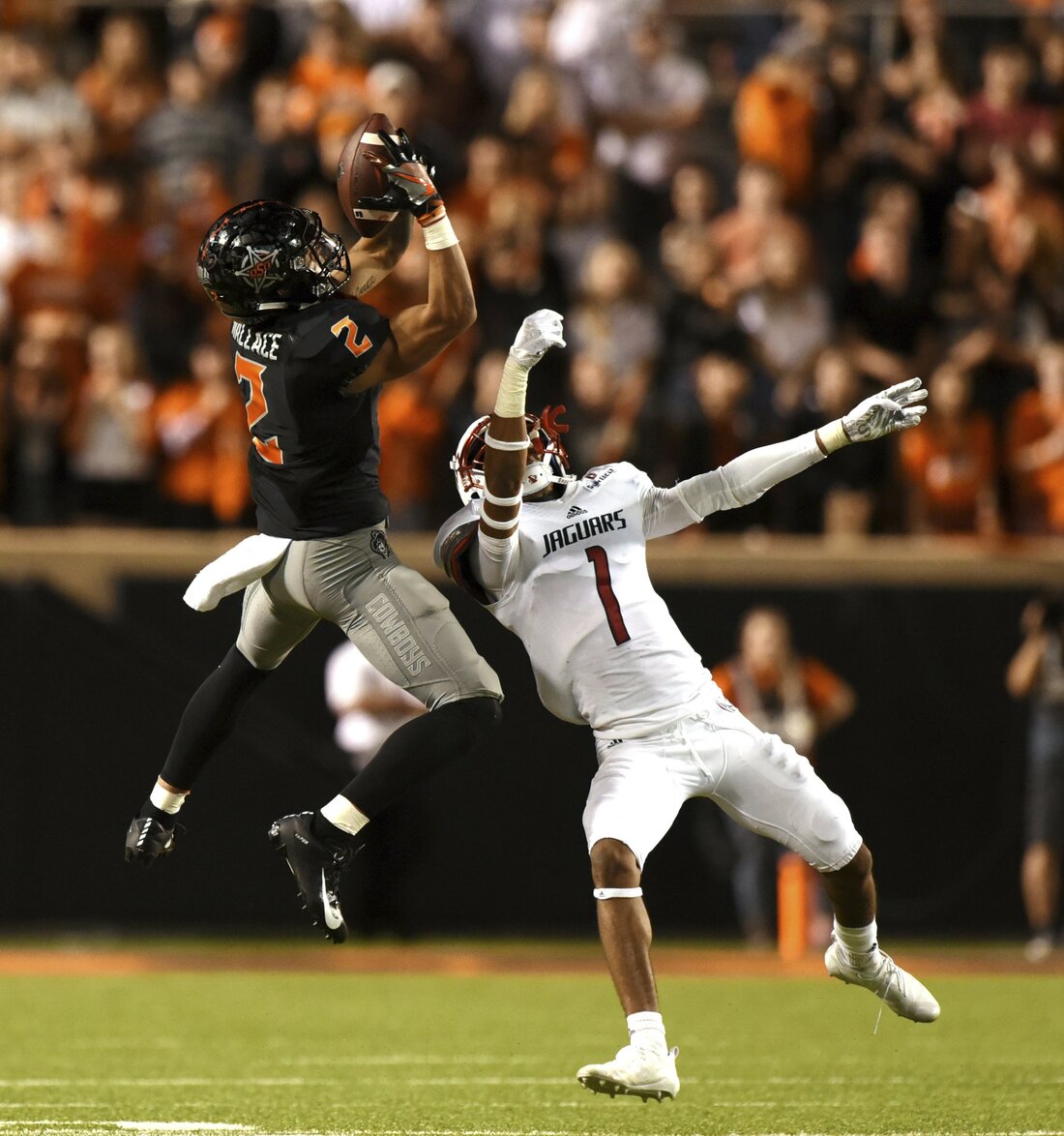 Oklahoma State has been a great place for teams to get quality wide receivers over the years with Dez Bryant and Justin Blackmon to name a few and this year they could have another great player to add to the mix in Tylan Wallace whose speed and explosiveness have made him uncoverable in the BIG-12. He's got an extremely athletic build for his size at 6' and 185 lbs. and is a home run threat every time he touches the football. His burst out of his stance is electric and has yet to handled by college cornerbacks. His ability to go from 0-60 is top 3 among wide receivers in college football. He's got great hands that can rope in difficult passes and he's always ready to take hit and hold onto the ball through contact. He's very dangerous on bubble screens where his elite level speed and agility make him a nightmare to chase down and tackle. Excellent ball carrier vision after the catch and has no issue with making defenders miss and weaving through defenses. His top speed will out run any cornerback in college football and will be a nightmare in the NFL as a deep threat. He's got some power in his lower body that allows him to break arm tackles from defenders and can at times command to defenders to bring him down. He's a tough runner when he has to be and will fight for extra yardage before being taken down. Highly competitive and one of the best run blockers at the wide receiver position in the draft which is rare for a player his size. He's very good about catching the football at its highest point and going after the catch rather than letting it come to him. Sideline awareness is very good as well and does an excellent job of keeping his feet in-bounds on those tough sideline throws. Has played through double coverage for a majority of his career and does a good job of fighting the corners to come down with the pass. He has some experience on reverse plays and has proven to be effective. He's a very raw player who has been thriving off of his natural gifts.

​ Not a great route-runner and doesn't have many routes in his route-tree. Constantly doesn't get enough separation from cornerbacks forcing his quarterback to make difficult throws into his area. His size is concerning, especially on jump balls where he has trouble getting enough lift to come down with the pass. His catch radius is relatively small and will to have an accurate quarterback in order to find success. Too often doesn't look to avoid contact with defenders and can take big hits when he doesn't need to and with his lack of size already it could mean that his shelf life could be shorter than most receivers. He only seems to know how to go deep or go short with no routes in between. He plays in an offensive system that employs a lot of hurry-up offense and lots of deep balls which has allowed him to thrive and feast more often than most plays. He plays with Chuba Hubbard who commands a great deal of respect from defenses, allowing him at times to be forgotten. He sadly tore his ACL in 2019 which ended his season and will need to show in 2020 that he can still burn defenders and make plays. He has also feasted on bad competition in the BIG-12 which doesn't employ a great deal of good defense, allowing him to scorch bad cornerbacks at will.

​Tylan Wallace has turned a lot of bad passes into 80 yard masterpieces and any team in need of a highly competitive deep threat needs to have Tylan Wallace on their list. He's a very raw prospect but a very promising one and if he's put into the right system, he could be an absolute steal. Teams are going to have to monitor that knee throughout the draft process and make sure that it has healed properly as well as coach him up more about avoiding unnecessary hits.