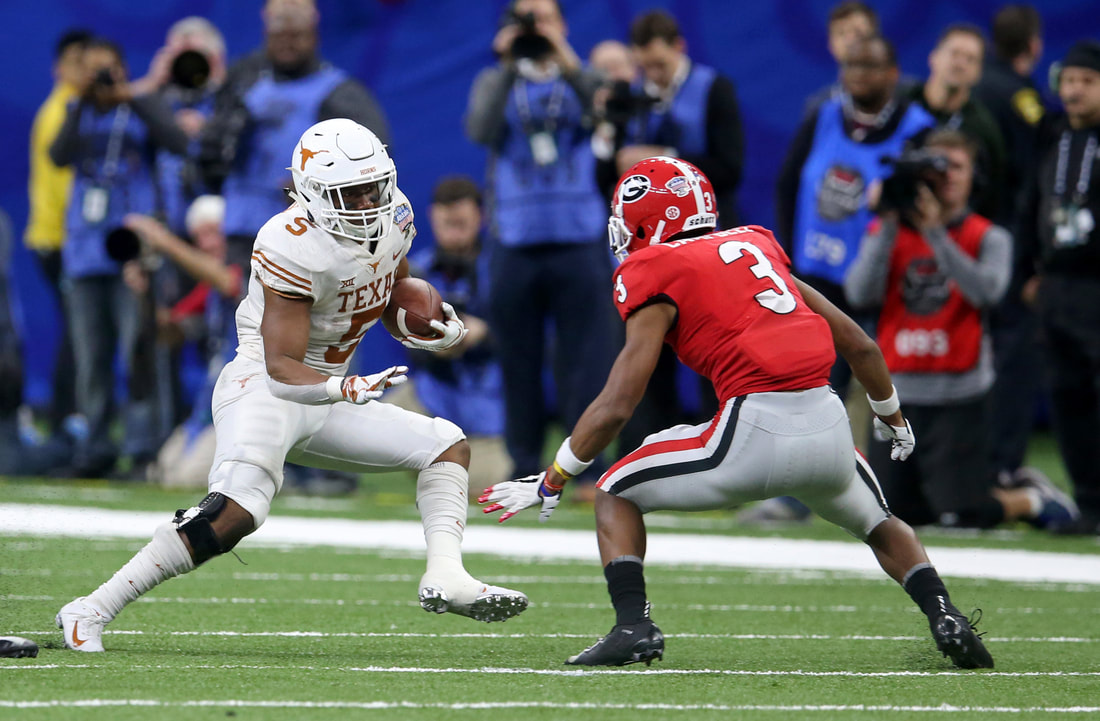 Georgia's Tyson Campbell looked to be the best cornerback to come out of the program in some time but a turf toe injury shortened his 2019 season.  Playing at an elite size of 6'2" and 185 lbs., Campbell is a hard guy to miss in coverage and a hard guy for receivers to get separation from. He's got elite level length and athleticism that makes him a match up nightmare for taller receivers in college football. He plays press coverage very well and very aggressive which helps keep him stuck to his receiver in man. Big receivers have had trouble releasing off him and rarely do they get the best of him in press coverage. He improved in 2020 at getting his hands into catching radius of receivers. He has the potential to be a shutdown corner in a press cover scheme. He's a willing tackler and an aggressive one which is a skill that should transfer over well in the pros. He's very fast in a straight line and almost impossible to beat on a seam route. Showed an improvement in zone coverage in 2020 with his size and athleticism better utilized when jumping routes and getting into passing lanes.

Durability is questionable for his as he has suffered some injuries in college football. He possesses average football IQ based on his inconsistency on the field. He has struggled against shiftier receivers who possess good route-running and he can get confused and fall for misdirection easily. He's strictly an outside cornerback in the NFL which doesn't give him much room to fail and his style of play because of that is very scheme dependent. He has horrible ball skills for a cornerback, often getting lost when the ball is in the air and usually fails to bring in easy interceptions when given the opportunity. Played with an exceptionally talented secondary in Eric Stokes and Richard LeCounte III which allowed him to coast a bit in coverage. He would do himself a favor by adding some bulk to frame to better handle the rigors of the NFL.

As a 5-Star recruit coming out of high school, Tyson Campbell's talent is undeniable but teams are going to need to see him thrive in workouts to shore up any concerns over his faults in coverage. Any team looking for a press cover outside corner should keep an eye on Tyson Campbell as he's likely to fall in in the draft. He's a boom or bust cornerback prospect and could pay off big in the right system.