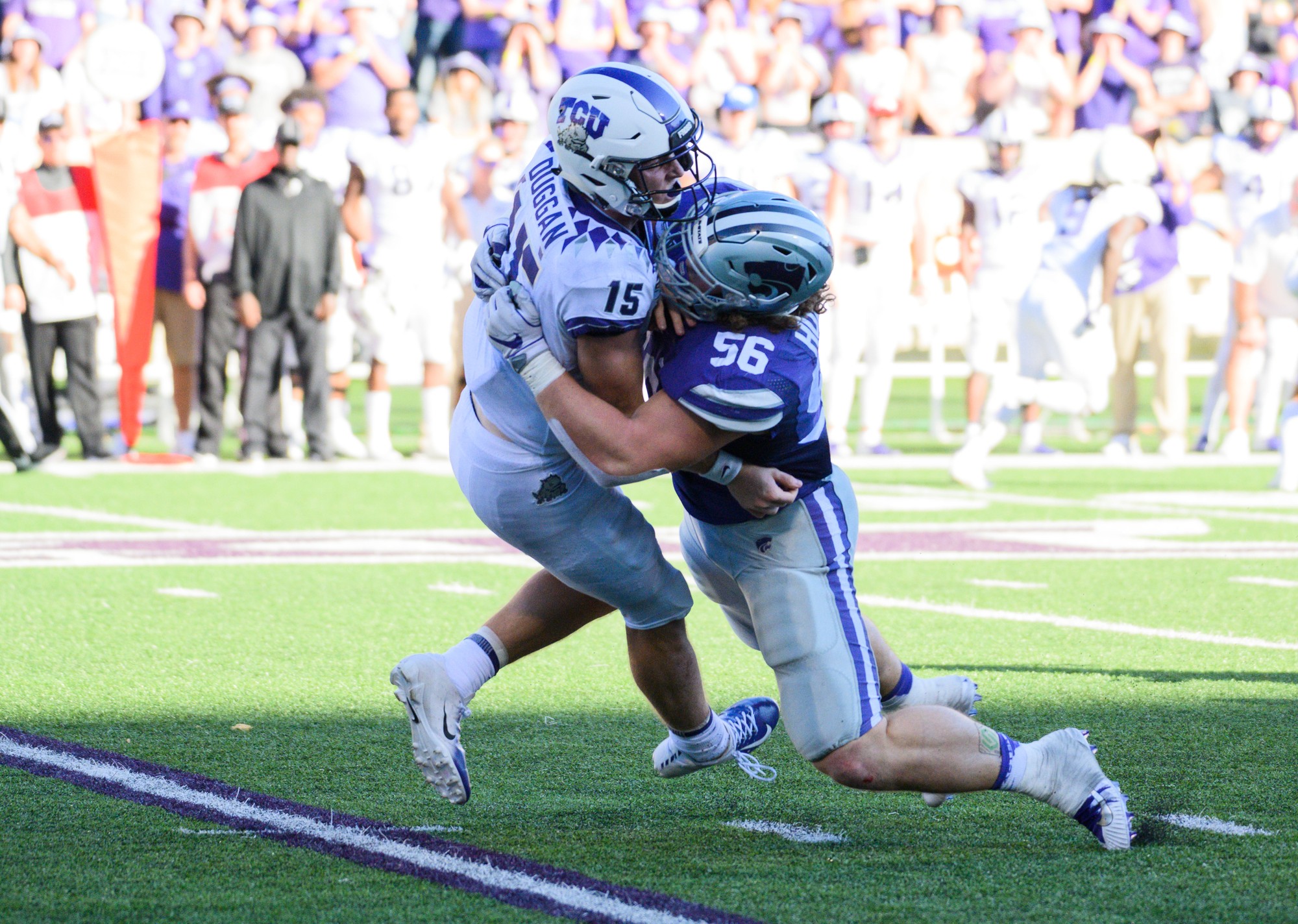 The Tasmanian devil of the Kansas State defense, Wyatt Hubert earned himself quite a few eyes from NFL scouts for his great 2020 season and dominant practices at the senior bowl. At 6'3" and 265 lbs., Hubert boasts prototypical edge rusher size and surprising strength. He's one of the better bull rushers from the edge rusher position as he possesses a very powerful and muscular frame that's filled out completely and if he can get underneath his opponents pads and establish leverage, he can drive them off the ball with ease. He's very explosive off the snap and brings a great deal of power at the point of attack, allowing to get the upper hand early on offensive tackles. He plays with excellent pad level and does so with great consistency. He's a flexible player who has shown the ability to bend the edge around offensive tackles and attack quarterbacks from behind. He doesn't fall for fakes or play action often and can read and attack plays as they happen. Although he hasn't had many opportunities to do so, he clearly understands how to go for strip sacks when he sees his chance to. He showed at K-State that he can play with both his hand in the dirt as well as from a two-point stance and still be effective as a pass rusher. He has great balance as a pass rusher and rarely finds himself on the ground when battling in the trenches. He's very good in defense as he can hold his ground on outside runs. He can run down ball carriers in the back field and has the necessary agility to beat them with good angles rather than give chase. He's as fiery a competitor as you'll find in this draft and when he's feeling himself, he's a tough player to stop. He plays with an exceptionally hot motor and gives 110% on every play.

His arms are his shortcoming as a prospect as he can struggle against offensive tackles that can beat him with length. He's not a great hand fighter yet and too often allows offensive tackles to get into his chest. He wins primarily with strength, flexibility, and effort and doesn't seem to have a go-to rush move outside of a bull rush. He doesn't have much of a counter rush game either which can get him in trouble when his initial move off the snap doesn't work. He's quicker than he is fast and if he has to give chase to dual threat quarterback or running back he's likely not going to catch them.

If I had to come up with a pro comparison for him he'd be a poor man's Nick Bosa as he plays with the same electricity and power and he and he are almost exactly the same size, he simply lacks the technical prowess and years of honing his craft that Bosa had growing up. If Hubert can sharpen his technical deficiencies and learn some rush and counter rush moves he will be a force off the edge in the NFL.